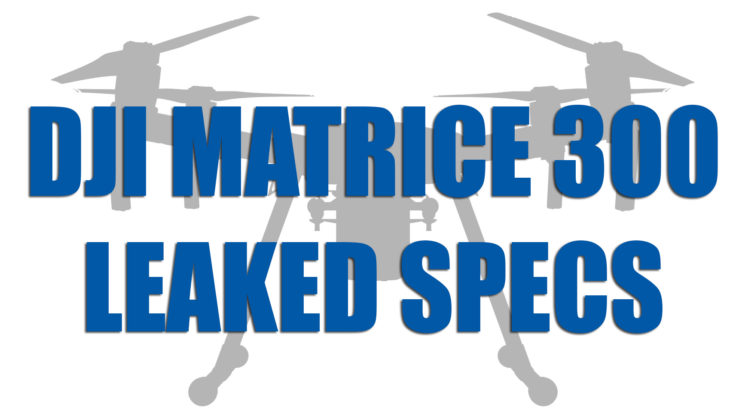 According to the recent reports, DJI is set to announce three new drones over the course of 2020. The most recent one is likely to be the Matrice 300, so as we could have probably expected, its specs were the first to leak online.

The specs first appeared on Drone DJ. They write that then Matrice 300 will be accompanied by a brand new hybrid thermal camera, DJI Zenmuse H20. Here are the leaked specs of both the drone and the camera:

As it was previously reported, there are three DJI drones coming up this year, and the Matrice 300 is set to be launched in February. So, I guess that we’ll know more information about price and availability soon.

« Samsung Galaxy Note 10+ Night Mode reviewed – nice work, but a bit too late
Godox is releasing a lens-sized AD300Pro strobe that may double up as a video light »