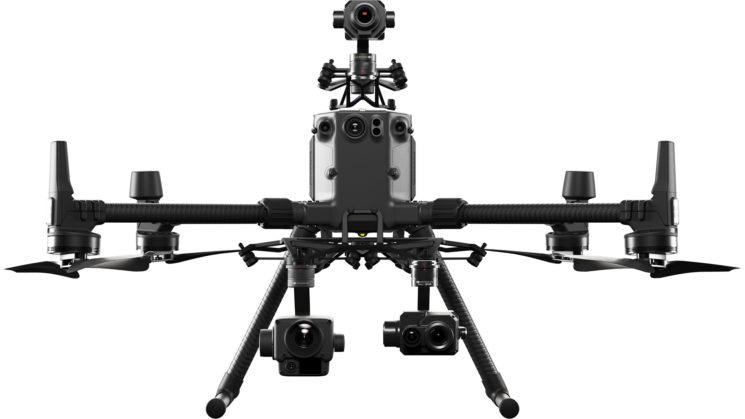 DJI has announced their new Matrice 300 RTK “flying platform” (big drone) and the Zenmuse H20 hybrid camera series, to provide “a safer and smarter solution” to their enterprise customers. The M300 RTK, DJI says, is their first to integrate modern aviation features, advanced AI, 6-direction sensing and positioning, a UAV health management system and an insane 55-minutes of flight time.

Although geared more towards data collection and surveying for commercial and industrial use, it’s a potentially impressive platform for filmmakers, too. It features DJI’s OcuSync Enterprise, which provides up to three channels of 1080p video up to 15km away, up to 2.7kg payload capability as well as an IP45 rating.

As you can see from the video above, the drone is built to be pretty tough and take some abuse. Thanks to the unit sitting on top, dual vision and Time-of-Flight (TOF) sensors appear on all six sides of the drone for maximum obstacle avoidance. While I wouldn’t risk flying in all weather, it’s IP45 rated, which means it can handle debris larger than 1mm and should be able to handle a decent level of rain.

IPX5 – Water projected by a nozzle (6.3mm) against enclosure from any direction shall have no harmful effects.

The DJI M300 RTK has a rather hefty load capacity of 2.7kg for a max takeoff weight of 9kg. Sure, you’re not going to be strapping an Arri Alexa to this thing, but it should be able to handle a small Pocket 4K or Z-Cam setup for aerial filming.

Of course, DJI has their own range of Zenmuse cameras, too, if you prefer to go that route and OcyuSync Enterprise offer up to three channels of 1080p video for transmission up to 15km away. The system also supports multiple pilots to control those multiple Zenmuse cameras, too, as well as offering both pilots complete control of the drone in case one loses signal. 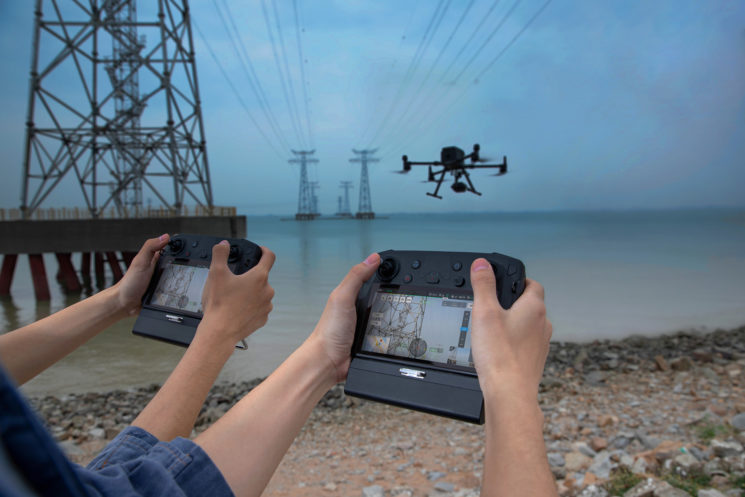 The DJI Zenmuse H20 camera, also just announced, is the first in a new line of “Hybrid” multi-sensor cameras. There are two versions, the H20 offers a triple-sensor system with 20-megapixel, 23x Hybrid Optical Zoom Camera and a 12-megapixel wide camera. It also offers a laser range finder to measure distances from 3 metres to 1.2 kilometres. The H20T is a quad sensor, which features all of the above, plus a 640×512 thermal camera. 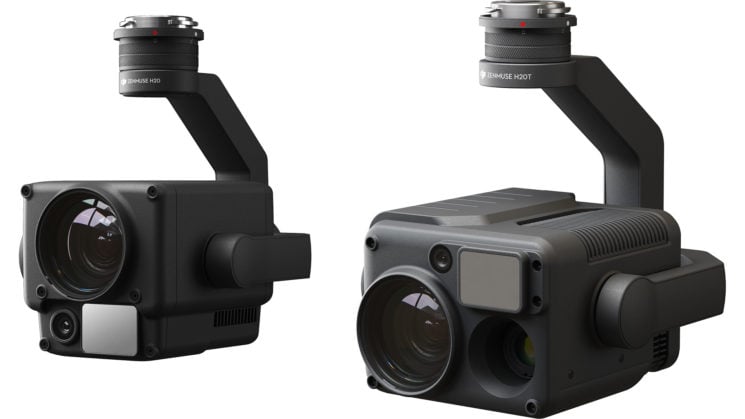 This isn’t going to be the drone for everybody. It certainly doesn’t offer as much mass appeal as the Mavic Air 2, but it’s an interesting platform that offers some unique advantages over other systems out there.

It doesn’t look like DJI has released the prices publicly, but check the DJI website if you want to find out more about the Matrice 300 RTK or the Zenmuse H20 series cameras.

That 2.7kg payload sure is impressive. What camera rig would you want to mount to that?

DJI Matrice 300 is coming soon, and here are the leaked specs