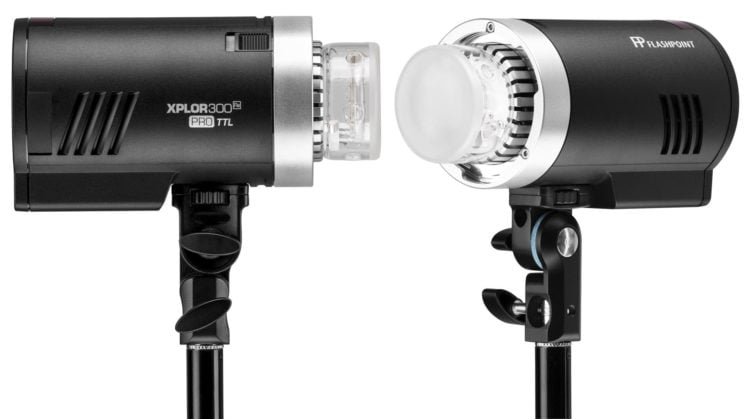 It might seem odd for Godox to release a 300Ws strobe when they already have the AD200Pro and AD400Pro (not to mention the AD360II is still technically a thing), but that appears to be exactly what they’re doing. A listing on the Adorama website for the Flashpoint Xplor300 Pro TTL strobe has just appeared.

Godox hasn’t made an announcement, but given that the rest of Adorama’s range is made by Godox and the similar design construction, it’s not much of a stretch to assume this is, too. But what makes this strobe particularly useful for photographers is that it’s about the same size as your average 70-200mm f/2.8 lens, so it’s easy to throw in your camera bag.

The specs on the listing look about what we’d expect, although there are a couple of interesting points.

The size is the obvious one. At 19 x 9.8 x 8.7cm it’s not that different in size to something like the Nikon 70-200mm f/2.8E which measures 8.85cm diameter (not including the tripod foot) and is 20.25cm long, making it easily fit into a lens pouch for transport or into a regular lens slot in your backpack or other camera bags. It also weighs about the same, too, with the Nikon 70-200mm f/2.8E coming in at right around 1.4kg.

Also interesting, is that the modelling light is bicolour. Modelling lights are traditionally only used to give the photographer an idea of how the light’s falling on the subject before taking the shot and don’t actually contribute to the shot. So, being bicolour, along with the mention of the quiet fan, suggests that Godox might intend the AD300Pro to perform double duty and be more capable for video use than previous Godox strobes. 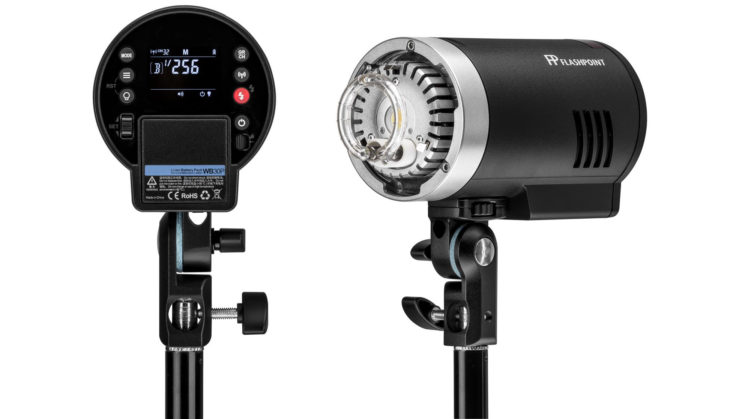 It comes with a Godox modifier mount built-in as standard, but the listing description does seem to suggest that a Bowens mount adapter will either become available for the AD300Pro, or it’ll come shipped with the light, as is the case with the AD400Pro.

Looking at where it sits in the current Godox lineup…

Well, the AD200Pro is a fantastic light, I use a couple myself, but sometimes you need just a little more power or speed (or both), which is where the AD300Pro will no doubt come in. The cylindrical design means it’s just as easy to put into a camera bag as a lens, which makes it easier to lug around than the AD400Pro, which comes in its own separate case. It also has a faster recycle time of up to 1 second, as opposed to the AD200Pro’s 1.8 seconds.

As with all Godox lights, it’s fully compatible with the rest of the Godox X 2.4Ghz system (including Adorama’s R2 Pro Mark II trigger) and offers TTL and HSS all the way up to 1/8000th of a second. It uses a similar style of battery (although not the same battery) as the AD200Pro, which sits internally in the unit, although the listing doesn’t mention how many full power pops you can expect on a full charge.

The listing on the Adorama website looks like it might still be under construction, as some sections of the description actually refer to the Godox AD600Pro, and a couple of sentences are just generally a little odd. But if you want to see the full thing, head on over to the Adorama website.

« DJI Matrice 300 is coming soon, and here are the leaked specs
Couple stages wedding for reshoot because their wedding photographer used stock photos in her portfolio »