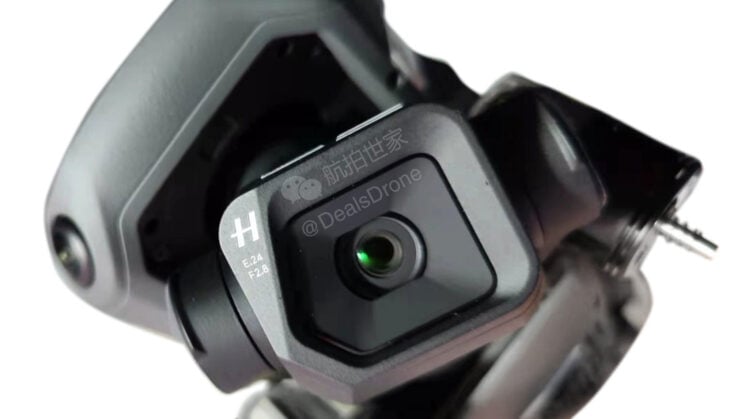 It looks like being added to yet another blacklist isn’t deterring DJI from working in the USA. As DroneDJ reports, a new paper filed with the Federal Communications Commission (FCC) presents a new drone that will be joining their Mavic 3 product line. It’s called the Mavic 3 Classic and as the name suggests, seems to be reminiscent of, well, the older Mavic models. They’ve filed for a Class II permissive change with the FCC which essentially means it will have modifications to the Mavic 3 to dumb it down a little from its original filing.

The new Mavic 3 Classic, DJI says in the filing, will essentially sport the same construction as the original Mavic 3 drone announced in November 2021. It will have all of the same mechanics and electronics with the exception that it will feature just one camera instead of two, dropping the telephoto camera.

Images previously leaked by DealsDrone show that while the camera module in the Mavic 3 Classic is definitely different to the Mavic 3, with the loss of that telephoto lens, the remaining camera will still feature a 24mm equivalent focal length with a maximum aperture of f/2.8 – it’s still expected to be variable down to f/11.

And according to more recent tweets, we should expect an official announcement at some point later this month. DJI has yet to announce any kind of event where a new product might be launched, although given that this is simply a new model being added to an existing product line and not an entirely new product line, we may not see the usual big event as we have in the past with other product launches.

According to rumors, the DJI Mavic 3 Classic will be released in late October…… and will be sold with DJI RC in combo pic.twitter.com/OrgGUtivwm

As well as the focal length and maximum aperture remaining the same as the main camera in the Mavic 3, it’s expected that we should see a similar set of specifications for the camera overall. That means 20-megapixel stills, 12-Bit RAW stills with 5.1K video at up to 50fps and 4K at up to 120fps. There’s no word on a price yet, but DroneDJ speculates that it should be around the $1,300 to $1,500 range if they want to appeal to users who are happy to give up the telephoto lens.

There’s definitely a gap to fill between the DJI Air 2S and the Mavic 3, so it’s nice to see that DJI is working on a drone that targets the original Mavic market again. With the apparently (not officially, though) abandoned Phantom line of drones, the Mavic seems to have shifted up to take its place and the Air series has been shifted up to fill that void. But there’s still room for a new Mavic in between.

Would you go for a cut-down Mavic 3 or would you stick with the Air 2S?