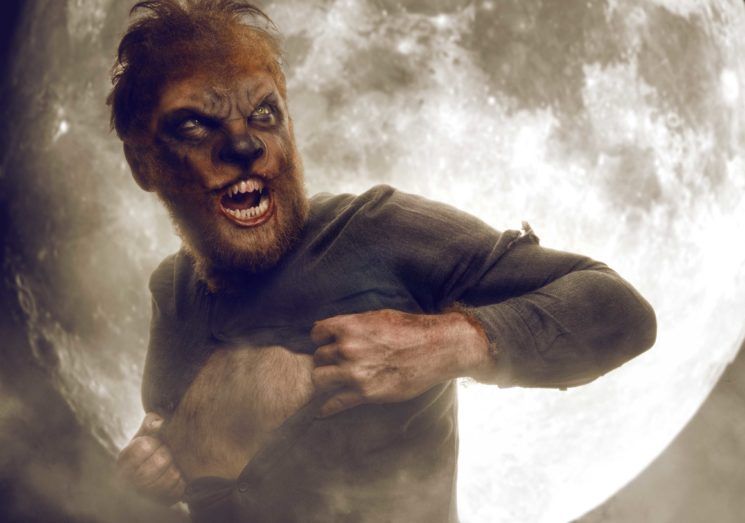 Recently I got to work with FX makeup artist Nikoleta Tzani on a few projects. So far or collaborations have created neo-noir demons, Zombie hordes, Baba Yaga (a Slavic witch) and Recently this homage to Universal Studios Wolfman. Being that we are both big horror fans, I jumped at the chance when Nikoleta said she had a wolfman project ready to go. When planning how I would shoot the image I knew that even though it is a little cliche, I would need to have the moon featured somewhere. But then I thought how cool it would be to use my large octa to mimic the moon light and feature in the image as the actual moon.

To pull this off it was easier than I thought. All I had to do was place the octa directly behind the model. It was large enough to fill the screen, but also create a wrap around light, giving depth to the models form. All I had to do then was use a smaller soft box in front of the model and add a little fill light to get some details in the shadows. For me I always like to play with angles. Naturally, I always tend to shoot straight on at the start; I’m not sure why I do this. Then slowly I will start to move left and right, with the model locked in his pose and only me moving. It’s amazing how only a few little steps to either side can create some great angles or add depth to the form of your model.

Here is the image straight out of the camera. Obviously, I knew I was going to placing the moon behind the werewolf so I thought I could mimic the light and the large white circle of the moon by placing my large octa behind the model. 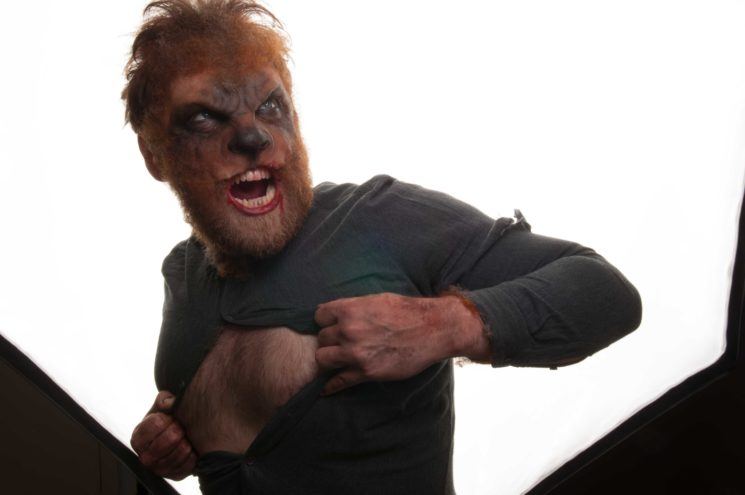 After a little cleaning with the healing brush, it was straight on to dodge and burn. On this image I used curves dodge and burn. I went over first to give the model some depth, then went in and enhanced the details. Becuase my curves dodge and burn was in a group, I duplicated the group to strengthen the effect, and pulled down the opacity of the 2nd group a little. 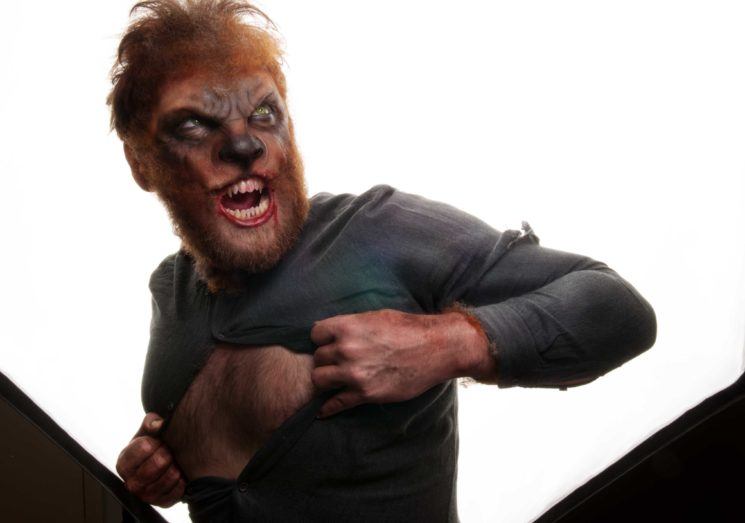 My next port of call is to turn my octa edges into moon edges. Now Which amazingly technical technique did I use? Well, I used the brush tool haha ….not very technical at all. I switched it to white a painted in the curves. Because I knew the moon would be blurred and I would have a glow, I knew that I could get away with this. 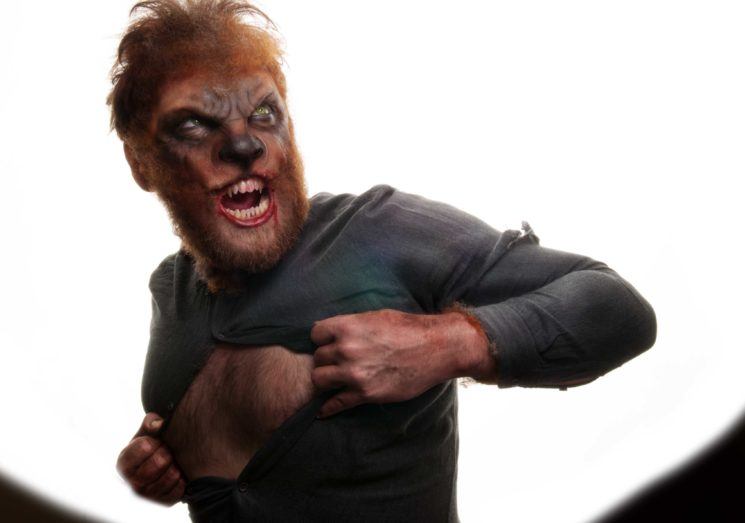 Now it was time to use a little photoshop magic and create a moon!!! This was pretty easy to be fair. All I did was bring a photo of the moon into my layers palette and switch it on to a multiply blend mode. I then placed it over the white circle. Because of the multiply blend mode, it blended the darks into the white of the circle, hence creating a moon effect. 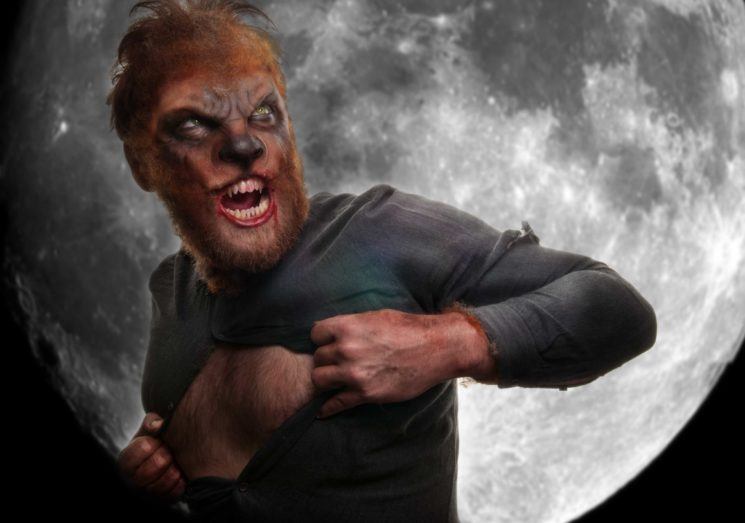 I then added a curves adjustment layer and refined how it looked. 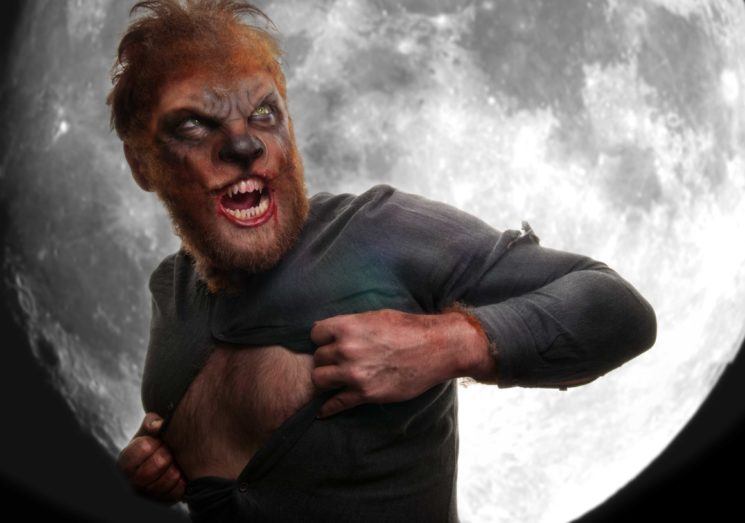 We now have a worthy moon, so the next thing to do is add some atmosphere and glow.  To create the mist all I did was take a stock cloud photo that I had shot years back, switch it on to a screen blend mode and bring it into the image. By putting it on a screen blend mode, you are hiding the dark pixels and leaving the white. So essentially you are creating a mist with some clouds. Very cool. So once you have your mist in place just lower the opacity a little, and with a layer mask paint over the mist towards the top edge. Next its on to the glow, which you want to create around your model as if its coming from the moons light. All you have to do create a blank layer. Switch the blend mode to screen. Then with the brush tool selected at a low flow, sample the light of the moon and paint in gently around the model. This will create a glow effect. 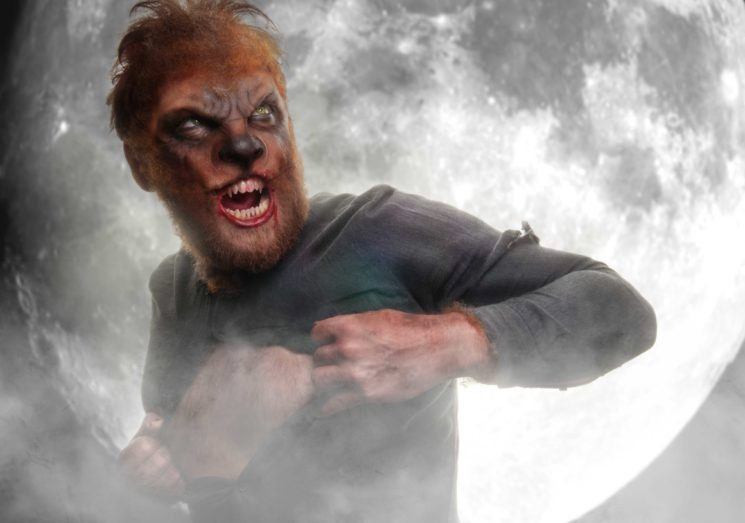 We have our moon; we have our atmosphere now we just need to tweak the tone a little by using a curves adjustment and creating a little S curve. You do this by pulling down the darks a little, and pulling up the highlights a little. Then just lower the opacity of the adjustment to how you want it. 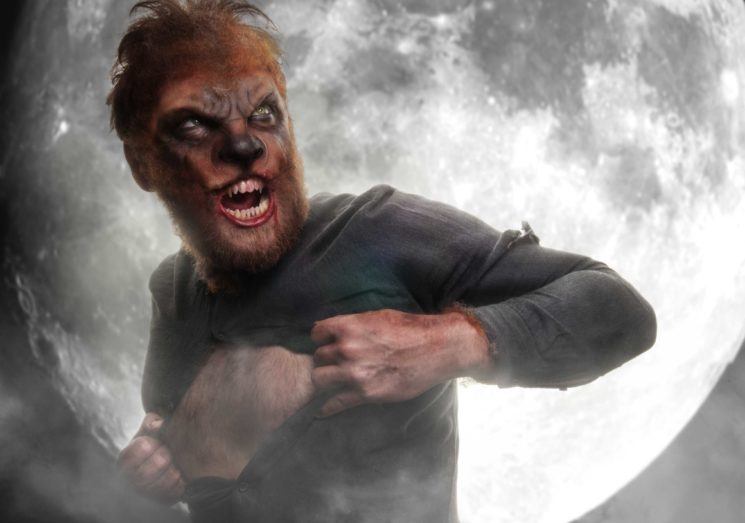 Now for the fun part. To add the colour. Becuase we are paying homage to Universal’s Wolfman which is a classic piece of cinema, I thought I would go with a cinematic but classic colour grading. So what I did was create a gradient map adjustment layer. I picked A dark brown for the shadows, a lighter brown for the mid tones and the highlights white. Usually, I would turn the blend mode on to colour, but I left it on normal as it creates a more faded look. Make sure to lower the opacity to around 35-40. I then created a selective colour adjustment layer. I switched the dialog box to blacks and pulled some blues into my shadows. I have found that these two colour adjustments create a nice colour grade and have used it on many images.

Finally all we have to do is sharpening the image. Use whichever method you are most fond of, just don’t overdo it. Once that is done I created some little adjustments in Lightroom, pulled up the clarity a little and added some fine sharpening. And there you have it, a moon loving, shirt ripping, homage to the Wolfman.

I hope you guys enjoyed this tutorial. If you have any questions be sure to leave a comment in the box below or you can also find me on facebook where I am very active and will answer any questions you have.

Getting Fired by My Daughter – a Homage to X Man

Homage to the Tragically Hip

« Sony and Fuji just released a large amount of firmware updates for cameras and lenses
The story of the film: A beginner’s guide to black and white film development »