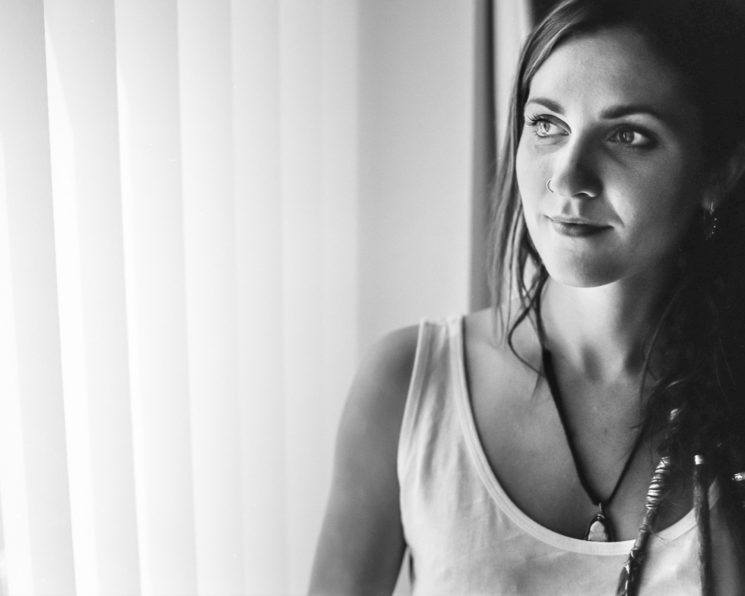 I love the immediacy of digital photography. In fact, I’m puzzled how anyone managed to gain expertise in the days of film: it takes hours, sometimes days, to get any feedback on the shot you’ve taken. By that time, I’ve usually forgotten about the camera settings I used or even what I was trying to achieve with the photograph.

That said… there’s something about the tangibility of using and developing film that’s missing from digital photography. I find film photography thoroughly more enjoyable—even if the resulting images are no better than I could get with a digital camera. It feels like there’s more craft and expertise involved.

About this time of year, when the days are lighter, I get the itch to load a film camera and mix up some chemicals. So this week, I thought I’d tell the story of how I develop a black and white film. I’ve found lots of great advice on the internet, but there was little for absolute beginners, so that’s where I thought I would start.

I used a Canon EOS 1N. Back in the day (1994), this was a professional’s camera, but now you can get them on eBay for £150. That’s about 10% of what it cost when it was released. All of my existing Canon lenses work with this camera, so for me, it’s a relatively low-cost way to shoot film. 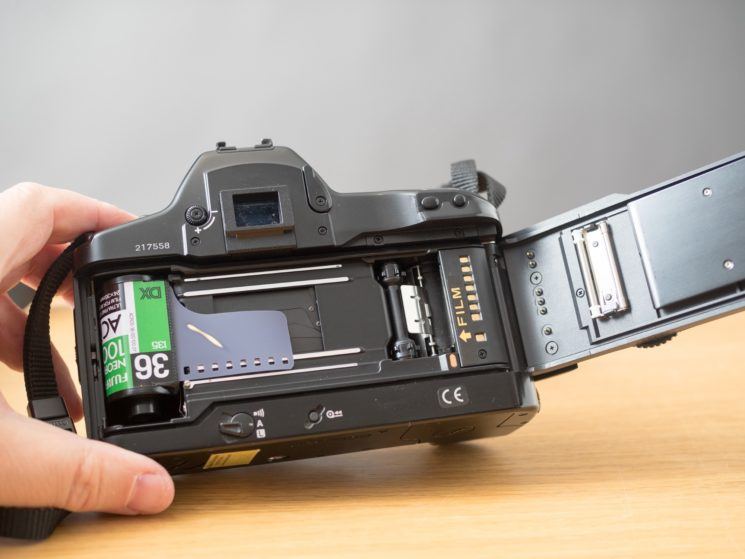 I don’t have a darkroom at home, so I use a Patterson tank and a changing bag to develop the film. The Patterson tank is like an oversized cocktail shaker that allows you to add and empty chemicals while preventing any light from entering. A changing bag is like a lightproof t-shirt: you zip everything up in the bag and then load the film by touch. 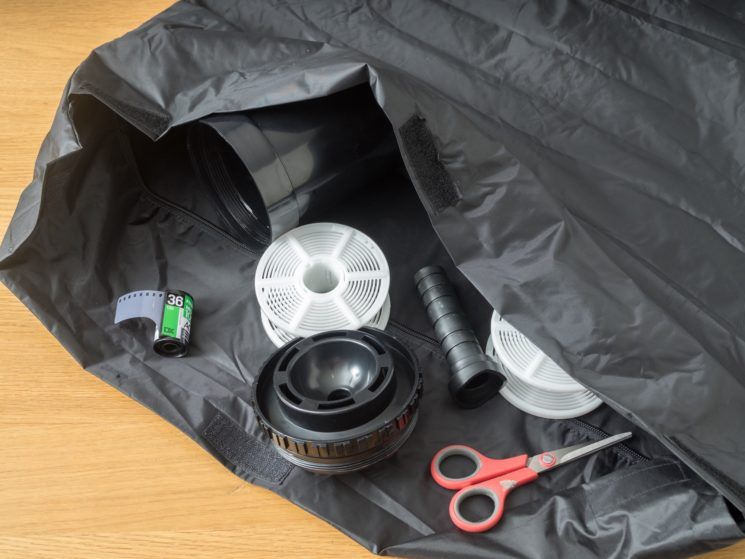 When I first started, I often found it difficult getting the film on the reel. So now I cut the end of the film into a kind of arrow shape and find it glides on. The Patterson tank comes with two reels, so you can develop two rolls of film at once if you are an overachiever. 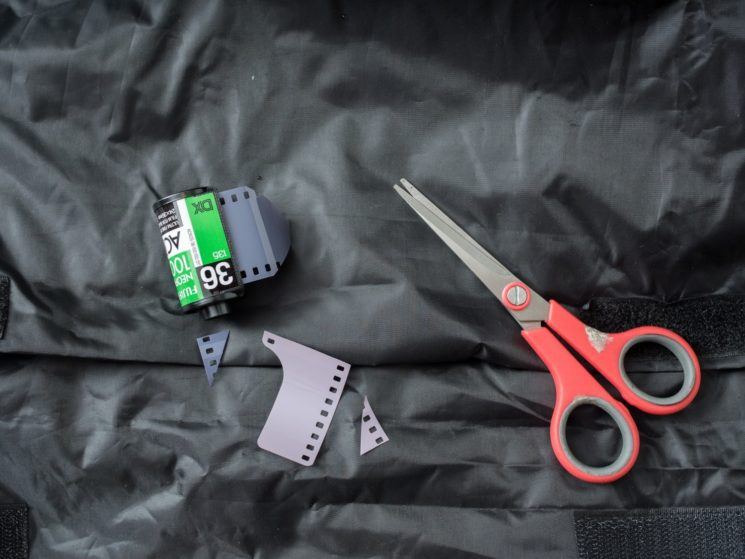 These three images show the reel loading process. Of course, you do this in the dark or in the changing bag. I used an old piece of film here to show the steps. 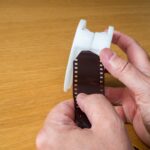 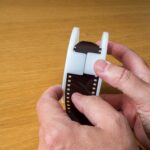 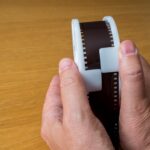 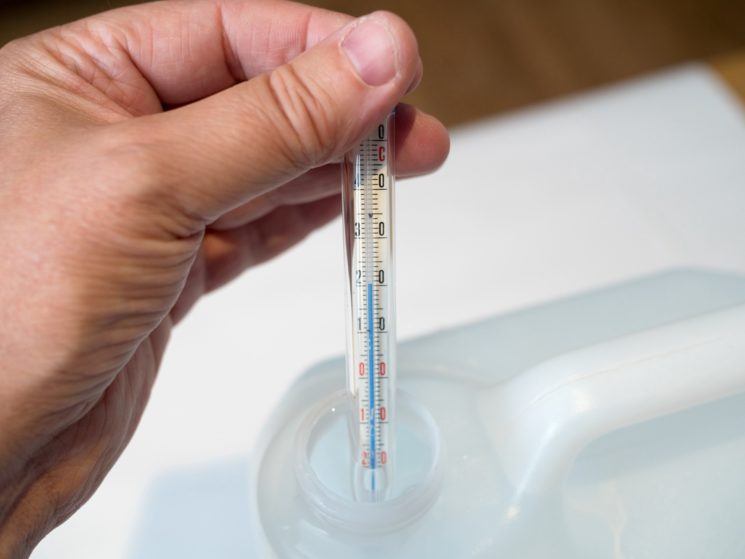 First in is the developer. I used a readymade developer called Ilford Ilfosol 3. My film (Fuji Acros 100) needed 5 minutes in the developer. After adding the diluted developer (1:9) to the tank, you need to agitate the tank for 10 seconds every minute. At first, I wasn’t sure what “agitation” meant in practice, but after watching some YouTube videos, I now interpret this to mean fairly vigorous shaking. 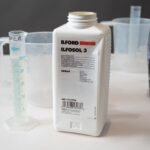 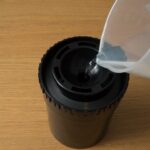 If you’re curious about actual timings and steps, I created this crib sheet. 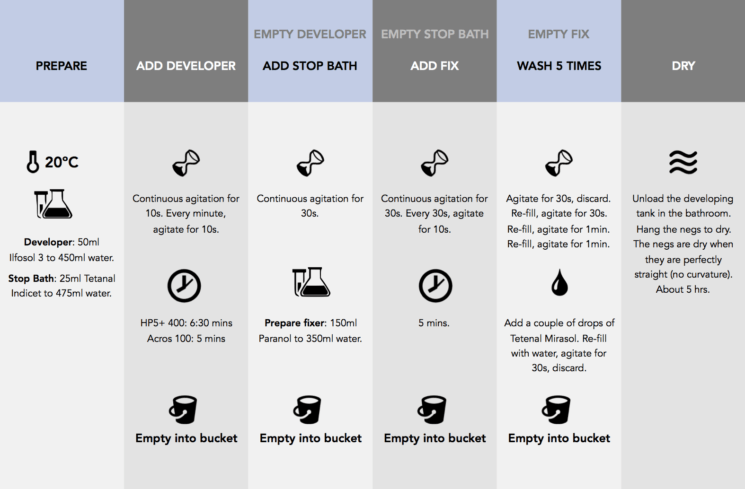 I downloaded a free lab timer app for my phone to get the timings right. 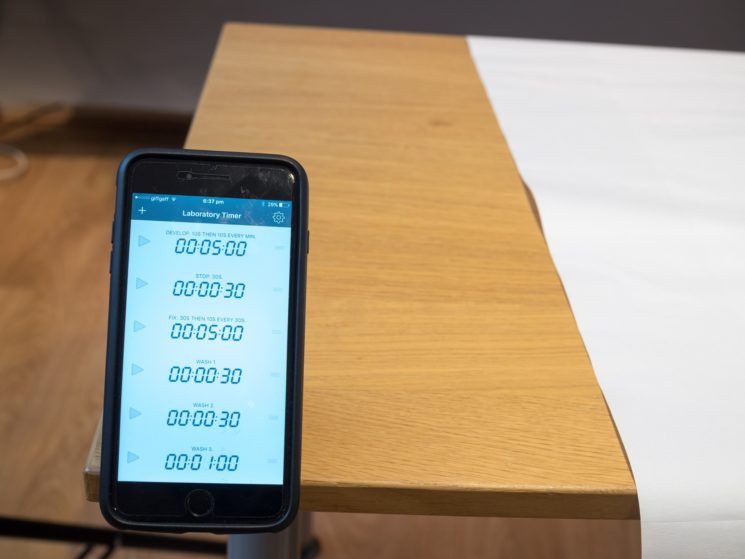 The moment of truth… 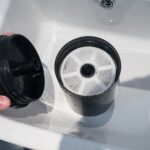 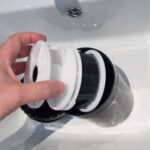 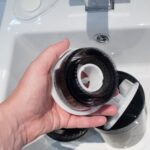 It’s important to do this final step in a dust-free environment like a bathroom. A couple of years ago when I developed my first film, I was so overjoyed that it had worked that I proudly showed my family the result, only to discover that the wet film attracted dog hair and dust. That pretty much ruined the film.

I hang the negatives to dry in the shower. This usually takes about 4 hours, but the weather was so warm on the day I developed these that they were dry in a couple of hours. 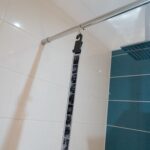 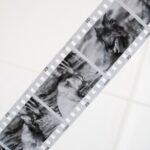 This is the kind of mess you face when you return to clean up. I think it looks like a emergency room in a hospital show on TV when the patient has died. 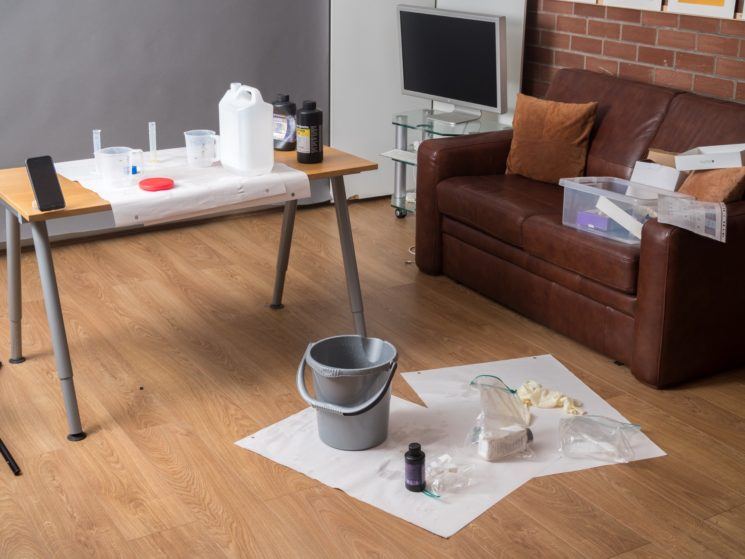 The reason I use a bucket rather than just throw the chemicals down the sink is because I have a septic tank at my house. So I need to dispose of the chemicals more carefully.

Scanning and printing the images 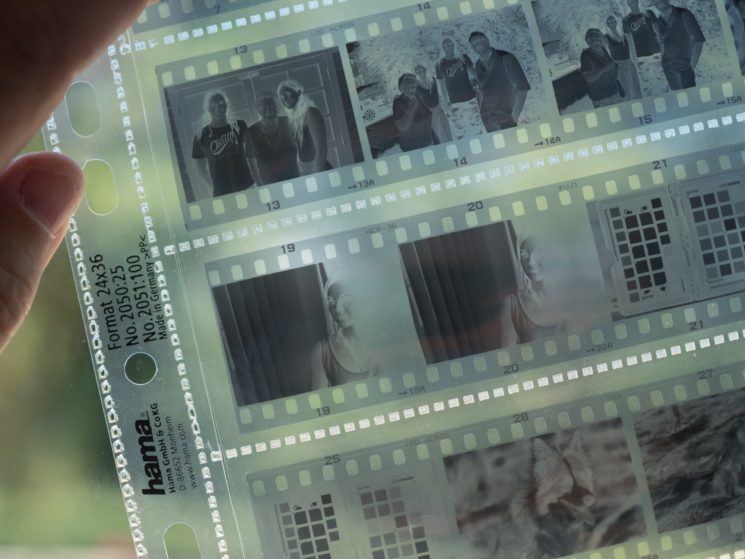 The white gloves keep fingermarks off the negatives and reinforce my delusion that I’m a magician. 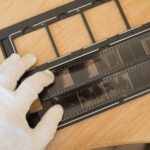 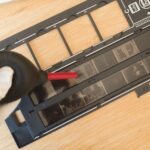 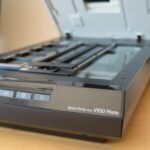 In the scanning software, I turn off every option I can find about automatic dust removal and noise reduction. I’ve found these options add artifacts to the image, and are no better than what I can do using a dust blower and Lightroom’s spot healing tool.

After importing the scans to Lightroom, I use a custom print template to print a contact sheet. As you can see, most of my photographs are of my long-suffering dog whose hairs appear on my negatives. 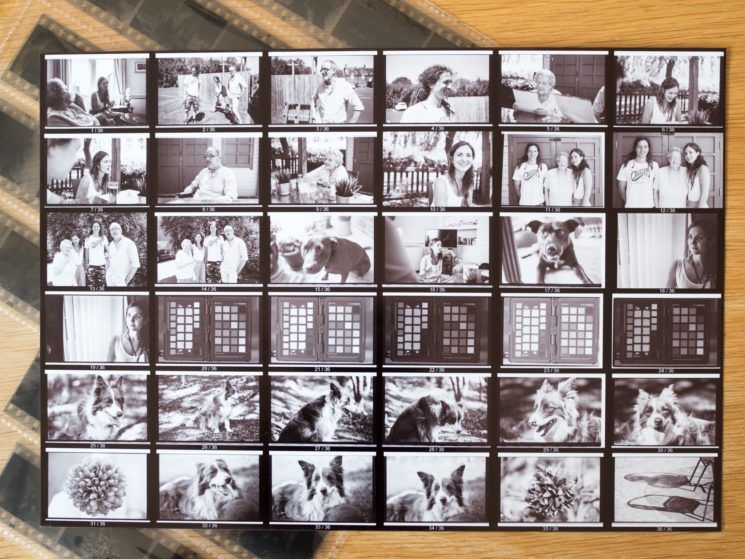 The first image is the original scan of one of my favorite images from the set above. I made some basic adjustments in Lightroom to get the version below that. I don’t want to come over all pretentious, but I do think there’s a texture to film that’s hard to emulate with digital.

But most importantly, it’s terrific fun. 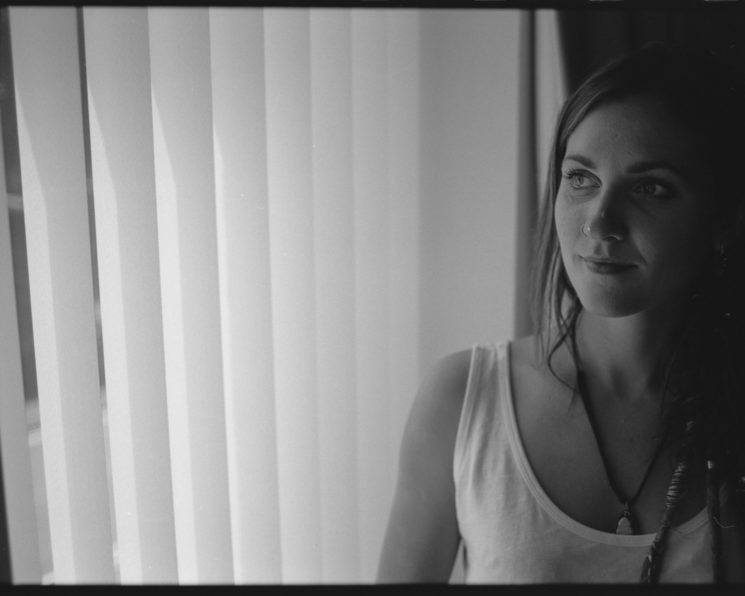 David Travis is a portrait and editorial photographer based in Staffordshire, UK.  In 2017, he publishes a photo story each week, and you can check out the project here. For more of his work, visit his website, follow him on Instagram and 500px, and like his Facebook page. This article was also published here and shared with permission.

A Beginner’s Guide to Using Double Exposure in Photoshop

Shoot for the stars – The beginner’s guide to astrophotography

This beginner’s guide walks you through the basics of long exposure photography
« How I created a homage to Universal studios Wolfman in Photoshop
Don’t just sit there, three ideas to kick-start a photography business »