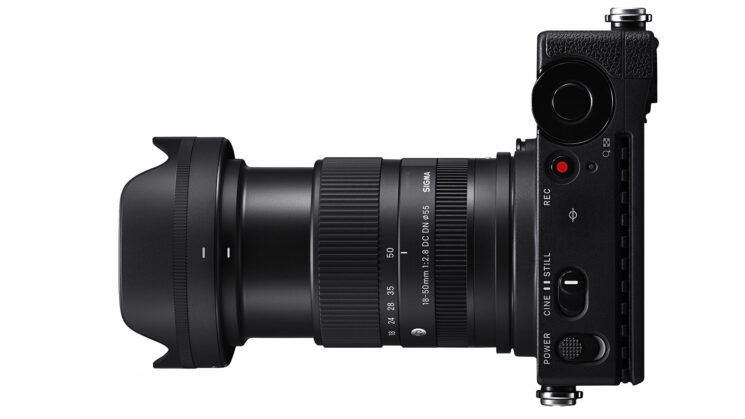 Sigma has announced its new 18-50mm f/2.8 DC DN Contemporary lens for APS-C mirrorless cameras. Interestingly, it’s available in two mounts. Sony E and Leica L. Yes, that’s right, an APS-C f/2.8 zoom lens with an L mount. I highly doubt Leica shooters are going to be buying this one, so could it mean that either Sigma or Panasonic has an APS-C L mount camera on the way?

The Sony E mount release is logical and obvious. But I’m not sure I see the point in releasing this lens in an L mount version if there isn’t an APS-C l mount camera coming from either of them. I could be wrong, but I can’t see too many Leica shooters picking this one up.

Sigma says their new 18-50mm f/2.8 DC DN Contemporary is Sigma’s smallest and lightest f/2.8 constant aperture zoom lens for APS-C cameras. It’s even smaller than Sigma’s 17-50mm f/2.8 EX DC OS HSM lens for DSLRs and a hair over half the weight. Of course, the new lens doesn’t contain any kind of stabilisation – which is usually a big weight factor – so you’re relying on your camera’s IBIS (or a gimbal for video). 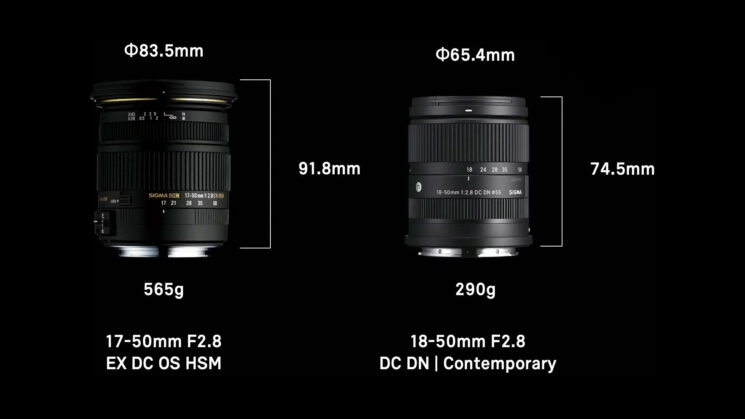 The Sigma 18-50mm f/2.8 DC DN Contemporary is an APS-C lens that offers a field of view equivalent to 27-75mm on a full-frame body. Sigma’s marketing the lens for travel and day-to-day shooting, having a minimum focus distance of only 12.1cm, a bright f/2.8 aperture and a weight that isn’t going to make a massive impact in your bag. But, it should also work well for pretty much anything you’d use a 24-70mm f/2.8 for on a full-frame lens. 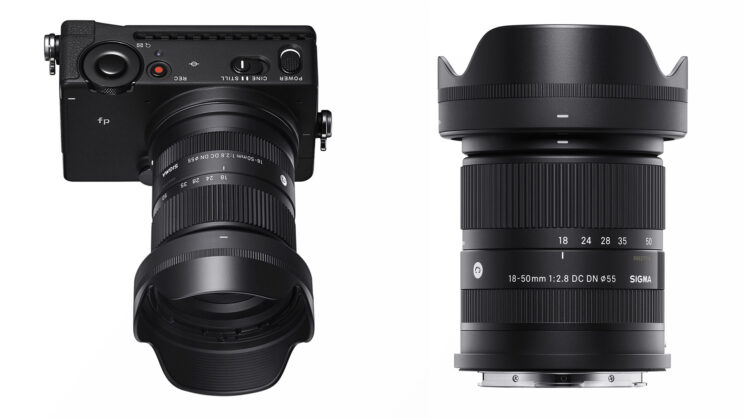 This isn’t the first APS-C L mount lense that Sigma has announced, having previously released 16mm f/1.4, 30mm f/1.4 and 56mm f/1.4 DC DN Contemporary lenses in L mount flavour and yeah, ok, so you can run the Sigma fp and Sigma fp L in APS-C crop mode, but an 18-50mm f/2.8 zoom feels like Sigma’s preparing us for something.

If Sigma or Panasonic was planning to release an APS-C L mount camera, that’d be pretty interesting. And if one of them is working on it, exactly who it would be is anybody’s guess. Sigma still needs to impress with full-frame to keep people happy until they finally release a Foveon. Panasonic’s still pushing pretty hard on Micro Four Thirds with the GH6 expected soon and APS-C would definitely steal some of that thunder.

It could, of course, just be that Sigma’s releasing all their new mirrorless lenses in L mount, including the APS-C ones, whether people want them or not.