I’m not big on “capture the moment”.  It just sounds so lame and cliché – accidental even.

Well as it turns out, every once in a while you can capture the moment! 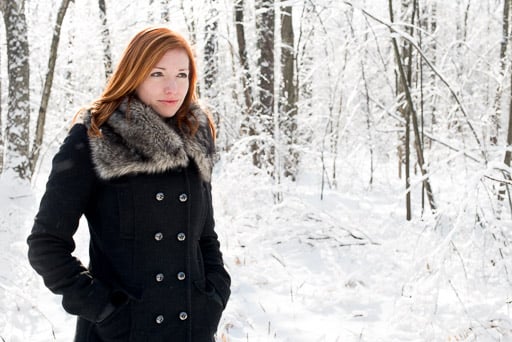 As a professional photographer, I have never thought of photography in terms of capturing the moment.

To me, “capture the moment” basically means: Put your camera in program auto and high speed burst, take 5000 photos of a wedding, a few will be nice moments – and voilà – you are a capture the moment photographer!

I take pictures for money.  I need to be good, not lucky.

I see photography more along the lines of first creating moments, then photographing them as they unfold.

For example, capturing a rock climber at sunrise in the process of sticking a daring grab with a gorgeous vista in the background is not capturing the moment.  It’s planned and calculated.  Sure, it’s a genuine moment, but there is nothing random or lucky about getting that shot.

(Well, OK, sometimes you do get a little lucky.  Every photography shoot has at least one curveball – sometimes you get an unexpected home run.)

But the point is, I never really believed in the concept of “capture the moment”.  Until it happened. 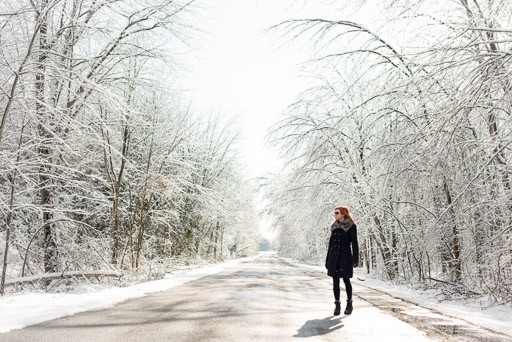 Just before Christmas, we had a major ice storm that knocked out our power for three days.

Most of that time our family spent hanging out, playing board games and drinking wine at a friend’s place where there was a fireplace.  But, after three days of trying to stay warm indoors you start to run out of booze, the kids get kind of squirrely, your cell phone and iPad batteries die and you start to realize just how hopelessly unprepared you are for the Zombie Apocalypse.

Outside, everything was covered in a layer of ice (at least the zombies would be frozen).  Ice, as it turns out, is quite beautiful.  We kept saying: “Hey, we should get out of our pajamas and bath robes, put some nice clothes on, go out and take some photos before the ice disappears.”

Of course, when you are just trying to survive without electricity, the last thing you want to do is go outside and take pictures.  That, and the camera batteries were mostly dead anyway.

So we never got outside to take photos with the ice, which was really bumming me out as a lost opportunity. 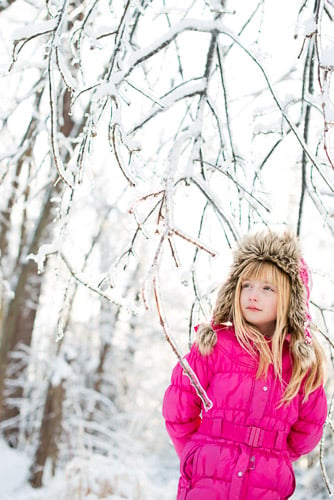 Then, the day after Christmas, we had to drive to the in-laws for a visit.  It’s about an hour drive through the country.  As we left the city behind, we started to pass fields, bushes and trees – still covered with ice.

We were at least an hour late leaving (as usual – that’s how we roll) and totally stressed out about yet another fun filled family Christmas dinner.  The kids were kicking each other in the back seat fighting about whatever siblings always fight about and everyone was in one of those post-Christmas-morning-tired-grumpy-moods.

But as we’re driving on, the sun was sinking lower in the sky and it started to shine and sparkle through all of the ice covering the fields, bushes and trees.

We kept driving while making comments like: “Hey kids – look at the sun sparkle in the ice.  Isn’t that cool!  Do you see those trees – wow that’s so pretty!  You won’t see something like this again!  I wish we could stop and see it closer!” 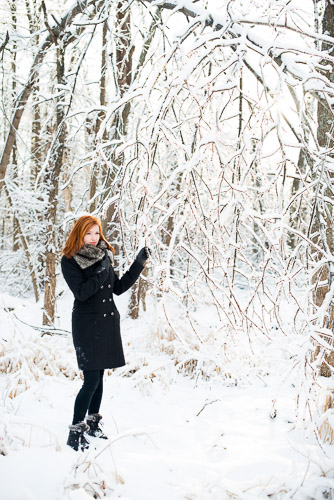 Apologizing Is Easier Than Asking Permission

At this point, I’m starting to think, man I wish I had my camera…realizing that hey, we’re on our way to Christmas dinner with the in-laws – I do have my camera!

Then, I’m thinking, OK, I do have my camera, but the kids are probably wearing some crummy old snow suits covered in logos…as I realize hey, we’re on our way to Christmas dinner with the in-laws – we’re all dressed up!

I look over at my wife, and she gives me that “don’t even think about it, we’re already an hour late and my mom’s been into the wine” look.

At this point, we launch into the capture the moment discussion.

“Are you crazy?  We were supposed to be there more than an hour ago.  You know how my dad gets when he doesn’t eat on time – it’s Christmas – we can’t stop.”

“Fine, you’re right (she didn’t actually say that – but close enough), they know you’re a loser and always late anyway.” 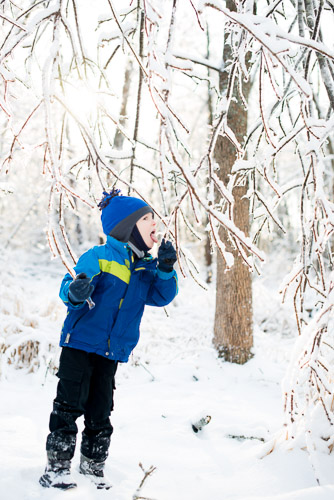 Ice Gingers in Their Natural Habitat

There is nothing special about the camera settings or gear used to take this series – they are all just natural light shots.  What was important was the unique opportunity to photograph trees covered in ice at just the right time of day in perfect light.

It was late afternoon sun, so it was pretty bright.  I was mostly shooting into the light in order to get the most sparkle on the ice, so I had to overexpose my shots quite a bit.  I also wanted to shoot at a wide aperture to blur out the background as much as possible.  Most of the time, I was in the 1/250th of a second, f2.8, ISO 100 range.

You really do have to shoot in manual though – the camera has a hard time picking a good exposure with that much bright snow and ice all over the place.

If you want to read an excellent article on how to shoot in winter – Allen Mowery’s post “15 Beginner Tips for Winter and Snow Photography” totally nails it.

In Lightroom, I tweaked the exposures, brought down the highlights a bit and increased the blacks.  I would normally use the contrast slider, but in this case the highlights were already very bright, so it was more of a case of just darkening the blacks.

One thing that I did do was to adjust my wife’s red hair (Note to the anti-Photoshop crowd: Her hair is already fake red, so what’s the harm in making it even more fake red purely because it looks really cool?).

I wanted the scenes to be very monotone with just that pop of vivid red.  To do that I used the adjustment brush to brush over her hair while I cranked the color temperature way up, and added a little bit of clarity.  I also used the gradient tool to decrease the saturation from the sides, again leading the eye into that pop of red. 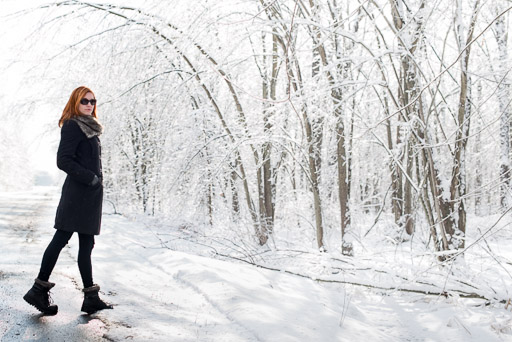 Oh, and this really cool furry hat (up here we call it a toque) that my daughter is wearing – I bought it on a whim at a grocery store about a month ago for the sole purpose of using it for some sort of idyllic winter photo.  This is pretty much exactly the photo that I had in mind when I saw the hat.  If that’s not capture the moment, I don’t know what is! 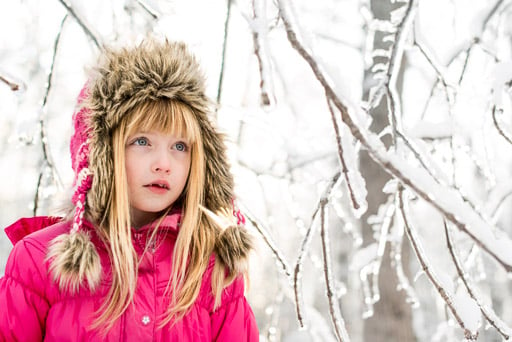 When Did You Capture The Moment?

Do you live to capture random lucky moments – or are you more sophisticated than that?

Does a particular photograph stand out where you really were able to “capture the moment”?

Leave a comment below and tell us about it!