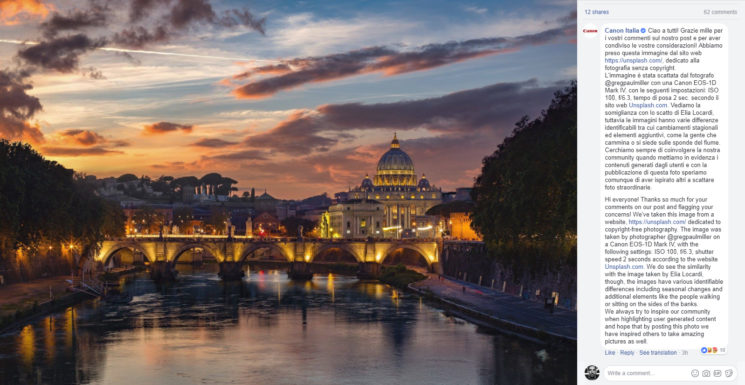 Earlier we posted about an image that Canon Italia had shared to their Facebook page and Instagram. An image not only shot on a camera that wasn’t a Canon (it was a Fuji X-T1), but a composite based on a stolen photograph created by Elia Locardi. At least, that’s the way that anybody with a pair of eyes sees it.

Canon Italia, though, seems to think that it’s a similar but entirely different image that wasn’t even shot at the same time of year.  And that it was shot with a Canon 1D Mark IV. Well, that’s what their response on Facebook says, anyway.

Canon state that the image is essentially Creative Commons, as it came from the website Unsplash. Or, rather, Unsplash’s slightly modified version of Creative Commons which stops other websites from taking “their” images and doing the same thing Unsplash do. And they’re standing by that, to the point of completely denying that this was based of Elia Locardi’s photograph, and claiming it was a single shot from a Canon 1D Mark IV DSLR by “photographer” Greg Paul Miller. 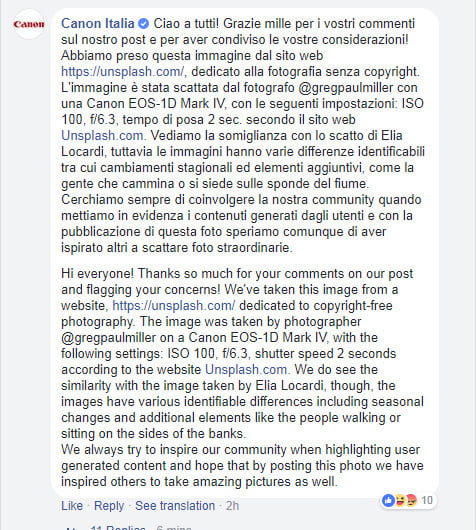 Which is funny, because even if it was shot on a Canon DSLR, the person using it would’ve had to have had their camera in the same position as Elia’s Fuji X-T1. They’d also have had to fire the trigger at the exact same time, too, looking at the relative position of all the clouds in the sky, position of leaves, etc. But, EXIF data never lies, right? 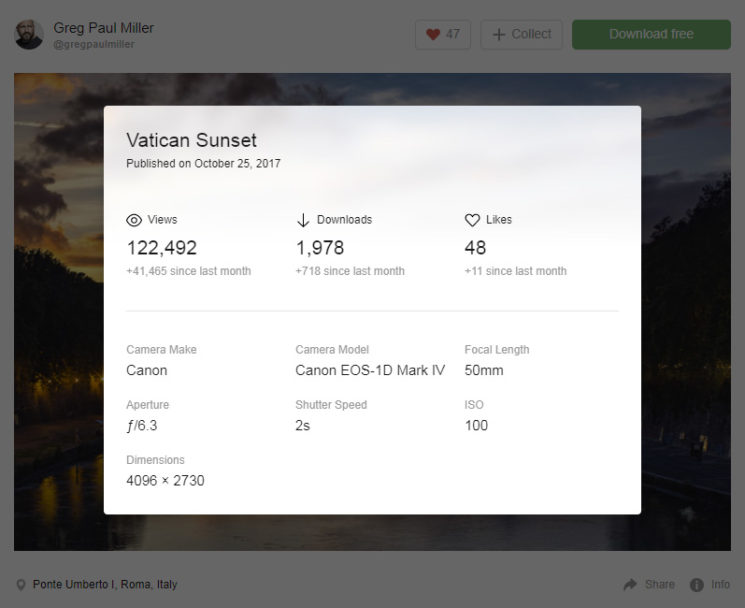 Now, perhaps this is what some of the elements of Greg Paul Miller’s composite were shot with. Perhaps it was a 1DIV file that initially created the canvas within Photoshop onto which Elia’s photograph was placed. It’s not exactly difficult to fake EXIF data. And the similarities are far more obvious than the differences.

It seems that observation is only obvious to the rest of the world outside of Canon Italia, though.

The original image created by Elia was used for the Fstoppers Photographing the World tutorial. As such, anybody who had the tutorial would also have access to the raw file. But FStoppers say that they’ve not yet received any response from Miller to explain his theft of the image and attempting to pass it off as his own. 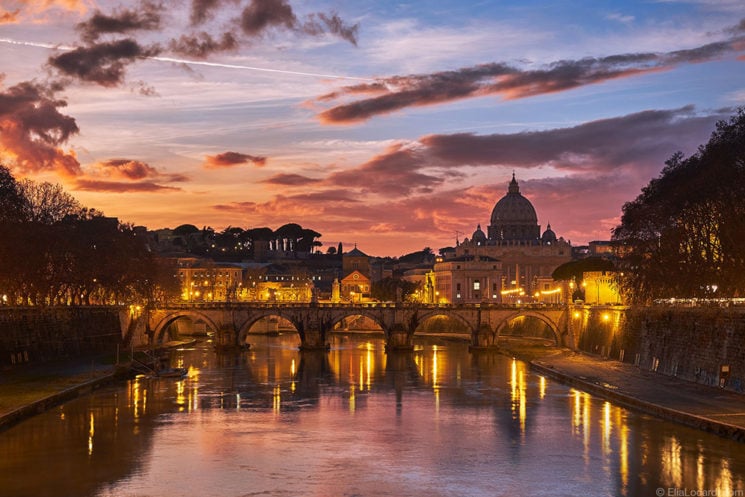 In fairness, one cannot fault Canon Italy for initially posting the image. To them, it appeared to be a legally shot and licensed image that they could use freely. That bit is not really the problem.

The problem is their blatant unwillingness to actually look at the two images and acknowledge what’s staring them in the face.

How anybody can’t see this, I don’t know. But hopefully Canon Italia will give this another look and realise their mistake.

But the big lesson for the rest of us is not to give Canon a hard time. It’s that we need to be 100% sure of the licenses under which we use other peoples’ work. Just because somebody posts an image to Unsplash doesn’t mean that it’s actually free to use. Hell, that rule covers about 90% of the supposed Creative Commons music on SoundCloud.