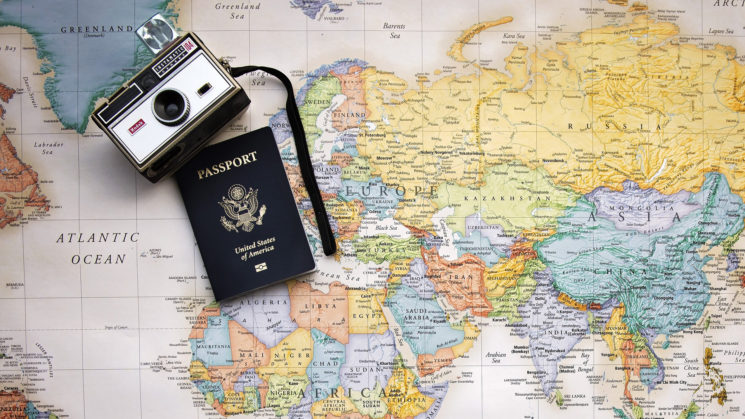 Have you dreamed of traveling the world with the help of your photography? I must admit it sounds like a dream come true. Chris Hau is living this dream and photography has earned him some free trips. He shares the story about how it all started, that can get you inspired to try this yourself.

As Chris explains, it took a long way to get there. It looks like everything was pure luck for people who travel all over the world. But the truth is, behind every success there’s a lot of effort.

Chris started by shooting a travel video during his trip to Arizona. He admits he only received around a thousand views, but there were plenty of meaningful comments. They made him want to shoot more of this kind of content. So, he prepared to shoot the next one on his trip to Ireland. Only this time, before he parted to Ireland, he emailed the country’s Tourism Board. He sent them his travel video from Arizona, asking whether they could do anything for him to help him create his travel video in Ireland. And so it began.

The Ireland Tourism Board sent him a letter that granted him an access to all kinds of activities, for free. He even got a free tour in Guinness factory, along with some free beers (that’s what I call a dream come true). After this, he figured out that the people are willing to trade their services for his. This video earned him 4,000 views and led him to try and get something more than free beer.

Chris says he didn’t have any trips planned after Ireland so he decided to just shoot a video about his own city, Toronto. He sent it to two Toronto blogs, they both published it, and it gained 100,000 views in two days. After this, he and his friend decided to book the cheapest flight they could found, and they booked a flight to the Azores in Portugal. This time, Chris contacted their Tourism Board. Two days before the flight, the trip was confirmed. Chris and his friend received a letter with an itinerary containing hotels, transportation, and various activities.

After Portugal, Chris learned that it’s possible and real. He even started to get paid for these trips in addition to having covered accommodation and transportation. As I mentioned, it took some time, three or four years in Chris’ case. But the effort paid off.

An important thing to remember before you begin is that you don’t need to have a strong followers’ base on Instagram, or anything like it. You just need to be able to create good content and show it to the people you contact. As time goes by, you’ll get better and better and learn new things as you go. It doesn’t only refer to photography or video skills, but also to marketing and other areas.

To conclude, if your dream is to earn travels from your photography, I’d say: just go for it. Don’t wait for the things to happen. Create quality content, don’t be afraid to reach out and offer your services, and don’t be afraid to ask for a favor in return.

[TRAVEL for FREE with PHOTOGRAPHY via FStoppers; lead image: Pamjpat]

Want To Know More About Stop Motion Photography? This Free Online Course Can Help Get Your Started