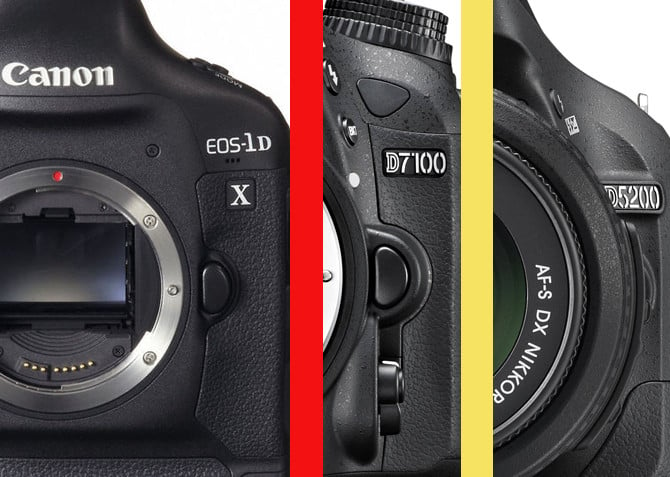 The Nikon updates (both version 1.03) include mostly minor fixes, and an annoying bug that would cause the cameras to freeze when using the automatic “Clean Image Sensor” option.

Canon’s update only fixes one issue where autofocus is initiated when it should.

Unlike Sony’s announcement regarding the a7R II firmware upgrade, Nikon’s update deals with camera models that have already been replaced.

Starting with the one-item fix by Canon, Firmware version 2.0.8 will fix the following:

Meanwhile the D5200, since replaced by the D5300 and then the D5500, will enjoy less fixes (hopefully meaning it suffered from less problems):

While it is open to debate whether these firmware updates were mandatory fixes or good service offered by Nikon, the company will not directly profit from updating replaced models. Canon’s 4-year-old model, on the other hand, is still considered its flagship camera and has not yet been replaced.

Another company who is expected to profit from its upcoming firmware upgrade is Sony. A recent announcement stated that the newly revealed a7S II will ship with the ability to capture uncompressed 14-bit RAW still images, but that the already-selling a7R II will receive this feature via a future firmware upgrade.

Just three months ago Sony released a firmware upgrade for several of its popular models, including the a6000, reducing their start-up time and upgrading the a6000’s video recording capabilities.

It’s worth noting, obviously, that while Canon and Nikon simply cleaned up their own mess with the recent updates, Sony is actually adding a new feature.

[via Nikon Rumors and Photography Bay]