Just days after announcing the extraordinary a7R II, Sony has announced the 2.0 software version for its popular a6000, a7, a7R and a7S.

Reducing the start-up time for all cameras, and brining XAVC-S recording to the a6000, the download links should become available shortly.

You know how you see a killer shot but by the time you get your camera out and turn it on it is too late? Super frustrating, isn’t it? Sony’s latest firmware update won’t solve this issue completely, and you will still wait on your camera, but it will significantly improve it.

If you own an a6000 camera you will not only enjoy faster start-up times but also XAVC-S recording, in addition to the existing AVCHD and MP4 formats.

You can see a first sample XAVC-S recordings on the a6000 below: 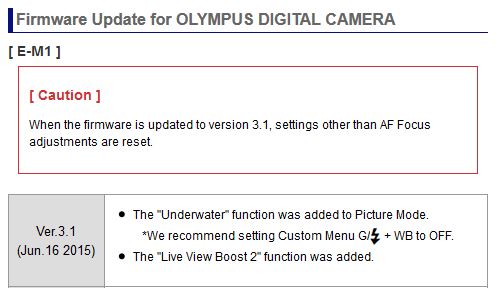 Unlike the Sony cameras, the Olympus cameras can already be updated by following these instructions.