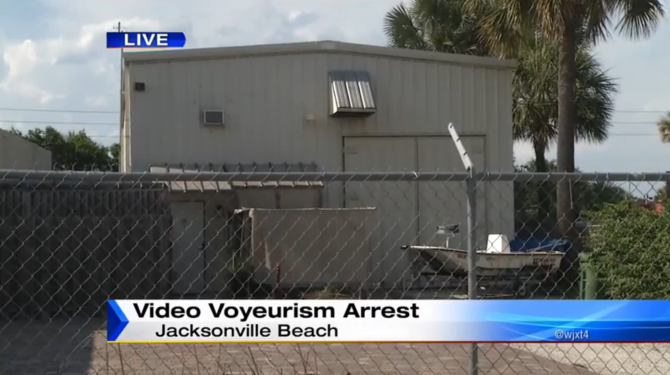 Judging groups of people based on a small sampling is never advisable. I mean, heck, imagine if people looked at me and simply assumed all American were self-righteous jerks? What a world that would be… But, there are always a few who give cause for others to regard the group with suspicion. This time, it’s photographers in the hot seat.

Last month, a photographer is Jacksonville Beach, FL was arrested on charges of video voyeurism after he allegedly hid a digital camera in the dressing room of his studio…and filmed a 16-year-old girl dressing and undressing.


Mario Peralta, a fashion photographer based in the sunny breezes of east Florida, was arrested at his home after complaints were filed with police by the alleged victim’s parents.

Speaking on the phone to WJTX Jacksonville, Amanda Ruiz, whose daughter started doing shoots with Peralta three years ago at the age of 13, said:

“Another model mom had messaged me and said, ‘Did you see what happened?’ When I saw it, I was in shock, and I still can’t believe it. I’m praying that this is not true. … He’s always been professional. There was no nothing weird or any kind of weird sensation or anything from him.”

According to WJTX, Police have also confirmed that at least one more family has stepped forward with similar allegations.

If these allegations are true, it is a very sad thing, not only for the photography community but for the alleged victim, her parents, other clients, and Peralta’s family.

Photographers, if you work with minors, make sure that parents are involved every step of the way. Encourage parents to be in the room (or area, if it’s outdoors) during their child’s shoot. This creates an atmosphere of reassurance that you are not just concerned about the model as a client but as a person, and will put the parents’ minds at ease that you are not a creep. If a parent can’t come along, then encourage them to bring a friend or adult family member.

If these allegations are false (and we pray they are), there’s no way to repair the damage already caused to Peralta’s business and reputation. In the end, we can only trust that the legal system will win the day and that justice will be served, wherever that may fall.