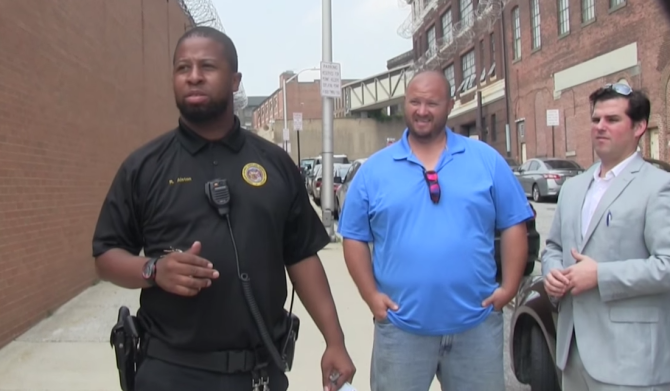 First off, allow me to preface this post by saying that I regard anything coming from Photography Is Not a Crime with suspicion. From what I’ve learned in life, anyone who is that dogmatic about something is typically biased.

With that out of the way, PINAC posted a video showing a June 11th run-in with correctional officers in Baltimore who demanded a PINAC film crew (and I use that term loosely) cease operations on the sidewalk outside the Chesapeake Detention Facility. In the video, a correctional officer tells them, “Nah, nah…state property, you can’t film here.” To which the PINAC crew said hogwash and began a typical round of photo rights protesting.

The crew was filming an interview with WTF Magainze founder Jason Fyk who, in 2012, found himself arrested on attempted murder charges for recording a fight in a parking garage. Fyk spent 50 days in jail before being cleared of charges.

Shortly into the interview, state correctional officers walked over and allegedly began threatening to call the police and have the crew arrested for trespassing.  During a dubious round of “nuh-uh!/yuh-huh!”, correctional officers insist that the crew is not allowed to film on public property, to which smart-ass PINAC publisher Carlos Miller (identified as whom from what we’ve been able to piece together) responds, “We’re trying to do a job, and you’re interfering with our job. So we’d appreciate it if you stepped out…” Perhaps it was the presence of PINAC’s legal counsel that emboldened them…

The video also contains a clip where a Baltimore police officer pulls up to the scene and converses with one of the guards, and Miller is heard adamantly telling the officer that he “should know that photography IS legal.” PINAC executive director Grant Stern can also be heard telling the officer, “…we’re talking about General Order J-16 items one through five,” as the he is driving off. 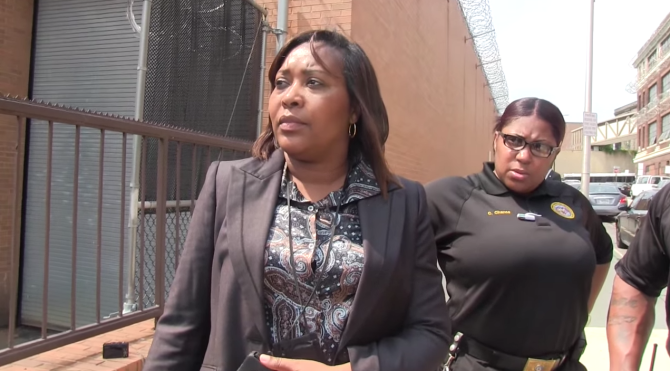 A half hour into the debacle, the assistant warden came out to speak with the crew. From the footage posted online, their interaction with her was much more amicable than with her minions, with her explaining that they were fine to remain so long as they didn’t block the entrance that they use for transporting inmates.  According to PINAC, the warden himself eventually made an appearance and informed the guards that the crew was operating well within their legal rights.

Being ever the whiny children in the situation, the PINAC crew made sure to pose for a photo beneath the street sign:  Constitution St.  I can’t help but look at their lawyer (the only guy NOT pointing to the sign in a we-told-you-so fashion) and wonder what the heck is running through his mind… 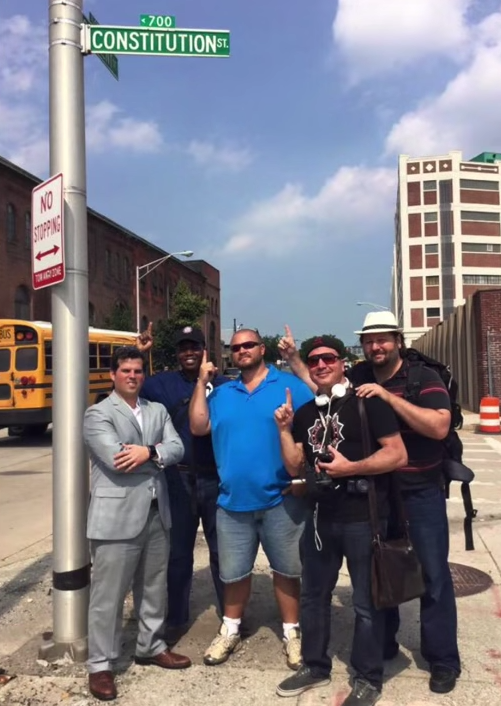 Firstly, the crew was well within their legal rights to be filming the interview on the sidewalk (i.e. public property).  So, no, they were not breaking any laws or trespassing in doing so.

Secondly, my guess is that the guards were misinformed or simply misunderstood the regulations.  In defense of the guards, they’ve probably seen a lot of crap in their days, and a film crew could make them skittish.

Thirdly, PINAC, in true PINAC fashion, was not about to let an opportunity to be complete assholes slip away.  It is one thing to stand up for your legal rights, but it’s another thing to be a jerk about it.  That only complicates situations.

And, things often get blown out of proportion by dogmatism.  The video title, “PINAC told Constitution does not apply on Constitution Street,” is a perfect example.  From what I’ve gathered, this was never a discussion about the Constitution, nobody informed them that it doesn’t apply, and the title exists purely to stir anger.

I am not in the least in favor of rolling over and not taking a stand, and, as I’ve said before, I trust law enforcement only slightly more than I do the average Joe.  But there is something to be said for how we present ourselves in situations like this.  While sometimes an iron fist is needed, the old adage that you can catch more flies with honey than with vinegar often rings true.

[Photography Is Not A Crime]