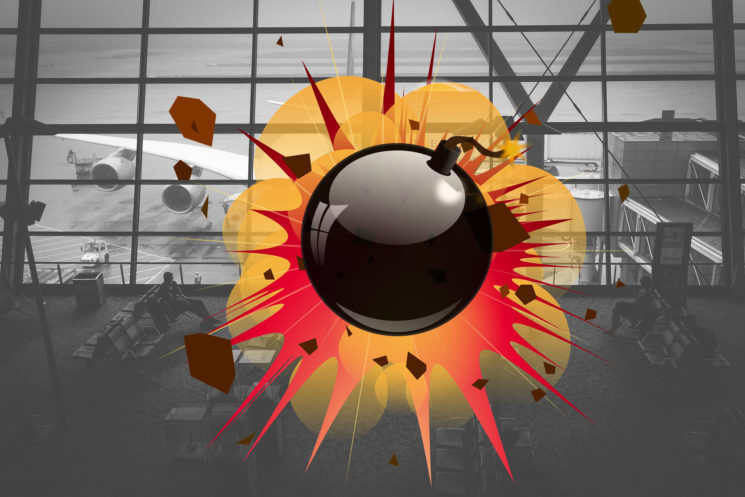 On Thursday afternoon, a TV crew was arrested at Newark Liberty International Airport for trying to sneak a fake bomb in their carry-on luggage. They are reportedly working for CNBC and they wanted to pull a prank to film it for a show. However, they were quickly busted and they are now facing charges and up to $13,000 in fines.

As the New York Daily News reports, the suspects are a part of a reality TV show called “Staten Island Hustle.” A source close to NJ Advance Media claims that the crew is a part of Endemol Shine Group, a Dutch production company that contracts with CNBC.

Reportedly, the crew wanted to film the reactions of Transportation Security Administration’s when they found the “bomb.” They also hoped that the mass panic would break out and they will get to film it, too. However, the airport security quickly discovered that the bomb was fake.

According to the New York Daily News, a TSA bomb tech happened to be at the checkpoint when the crew tried to sneak in the “bomb.” He looked it over and quickly realized it posed no threat.  Reportedly, it was made out of a PVC pipe, a flexible hose and vacuum cleaner parts.

As a result of a failed prank, nine members of the film crew were charged with “conspiracy, creating a public false alarm and interference with transportation,” the New York Daily News writes. The same source writes that the crew was released, and they will face the charges in Essex County court at a later date. Additionally, they are reportedly facing up to $13,000 in fines.