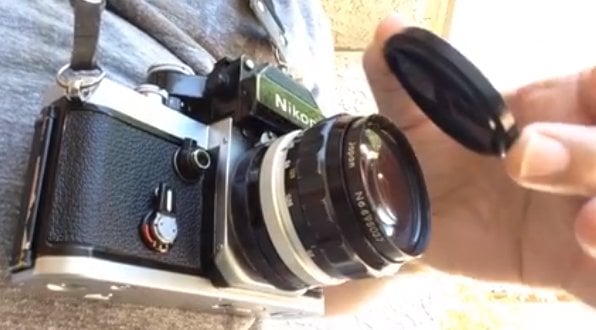 With so many photography workshops around, I guess photographer Donald Giannatti felt there was a need to fill in the blanks for some beginners out there. Donald came up with a series of short tutorials on the basic skills needed from photographers such as How to open a camera bag (with a bonus about closing it too) and Lens Caps for Film Photography.

Donald hinted that many more tutorials will come on this series. (Hit the jump for teasers from his first three workshops)

How to open a camera bag

Turning a Canon camera on

We asked Donald for his motivation for releasing those tutorials:

I feel that these highly important pro tips will liberate many photographers from not knowing how to open a bag, turn their camera on and of course the pain and humiliation of not removing a lens cap the best, most expedient way.

Sharing those secrets to professionalism is becoming a trend and while some photographers are upset that their secrets are revealed for free, photographer John Aldred joined the club and shared a similar video aimed at Nikon users:

Is DJI teasing racing drones with their new product teaser?

Snickers Pokes fun at Retouchers With a Sports Illustrated Ad