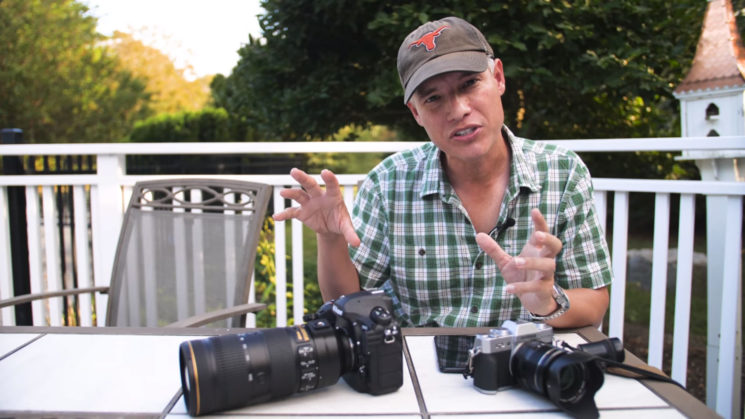 If there’s one thing of which we can be sure, it’s that if we post a photo to social media, somebody will ask us what settings we used. Tony Northrup recently put out a video begging people to stop asking for the settings used to get a shot. Why? Because it’s useless information. The settings were unique to those circumstances. The camera, the lens, the amount of light available

Now, though, he appears to have caved, and posted this one, showing off around 50 sample photos, along with settings. But don’t think for a second that this means you can go and use those settings to replicate the shot. Tony talks about his thought process for each photograph, and why the settings were what they were. Understanding the why

The 17 minute video goes through the settings for a whole bunch of different images. And the actual settings used are still quite useless without knowing the reasons why they were chosen.

And this is what Tony talks about. The why. What was the reason he shot at f/8 rather than f/1.4? Why open the shutter for 2 seconds rather than 1/200th of a second? And why use high or low ISOs for particular shots?

Typically, one of the three exposure elements (aperture, shutter speed or ISO) determines the other two. Perhaps you need a certain amount of depth of field, forcing you to stop down your aperture. Maybe you want to blur the scene before you to capture that motion, resulting in a very slow shutter speed.

Once you know the main deciding factor, then it’s just a case of knowing your exposure triangle.

There are a lot of settings in the video for different shots, but that’s not the important bit. That’s not what you should be paying attention to. Once you understand the thought process behind why specific settings were chosen, rather than what the settings actually are, you’ll realise just how silly a question it really is.

Stop asking for ‘constructive criticism’ – how to solicit good critique

« Tourist accidentally photographs an engagement, uses Facebook to track down the couple
How to get colored background without a backdrop or Photoshop »