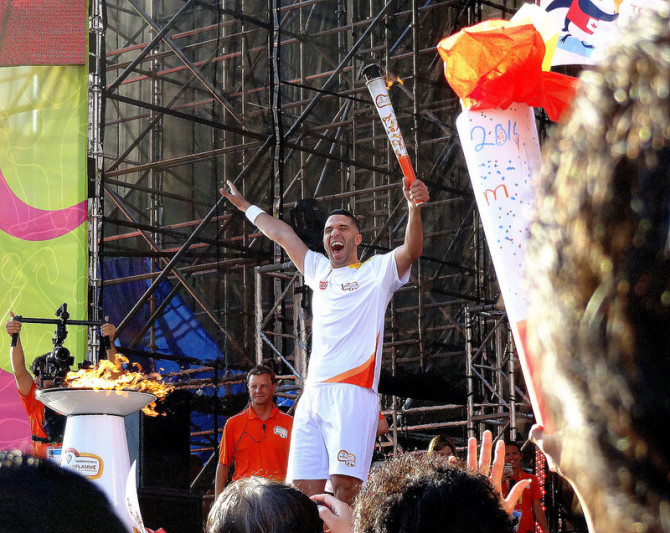 Having camera gear stolen sucks.  Having camera gear stolen while out on assignment really sucks.  Veteran sports photographer Gary Hershorn can testify to that first hand.  While covering the ongoing 2015 Pan Am Games in Toronto, Gary looked away for a second to put something in his bag, only to turn around and find that $18,000 worth of his gear had just been stolen.

According to reports, Hershorn was sitting in an aisle seat in the designated press section.  “My camera and lens were sitting right next to me, half under my seat,” says Hershorn.  As he turned away momentarily to put gear in his bag as he was packing up, a passerby reached out and grabbed his camera, 400mm lens, and monopod.  “All they would have had to do is reach out with their left hand to grab the monopod and keep walking. They wouldn’t even have had to break stride, it was that simple to take.”

While there were security cameras inside the building, authorities say the footage was too dark to be of any help.

With a career spanning 16 Olympics and several World Cups, Hershorn says that gear theft is common.  But, the perpetrators aren’t always who you’d expect.  “My guess it was another photographer,” said Hershorn, telling how he has often suspected that photographers gain access to games with ulterior motives.  “I don’t suspect the public had anything to do with it at all. We were in some pretty expensive seats down there, and when you go to an event like this, photographers steal from other photographers.”

Hershorn hasn’t been the only victim of gear theft during the Games.  So far, three other photographers have reported thefts since the Games began on July 10th.  In a similar instance, a Chinese photographer covering the FIFA Women’s World Cup in June had $28,000 in gear stolen.  Clearly I’m on the wrong side of this whole equation…

Thankfully, others were willing to step in and help when his gear went missing, enabling Hershorn to continue the assignment.   Canon Canada loaned him another camera body, and a friend loaned him a lens.  Canon also issued a statement saying that any photographer who has lost gear during the Games as a result of theft can stop by their booth in the media center for assistance.  Likewise, Nikon has extended a similar gesture, offering to loan equipment to any photography who needs it.

Unlike a recent case where a photographer used embedded meta data to nail a thief who stole $15,000 worth of gear, there’s no guarantee that these losses will be recovered.  But, that’s what insurance is for, eh?

How many of you have lost gear to theft while out in the field?  Was it ever recovered?  What advice do you have for not only recovering stolen property but preventing theft in the first place?

Photographers in isolation turn to computer games for shooting alternatives