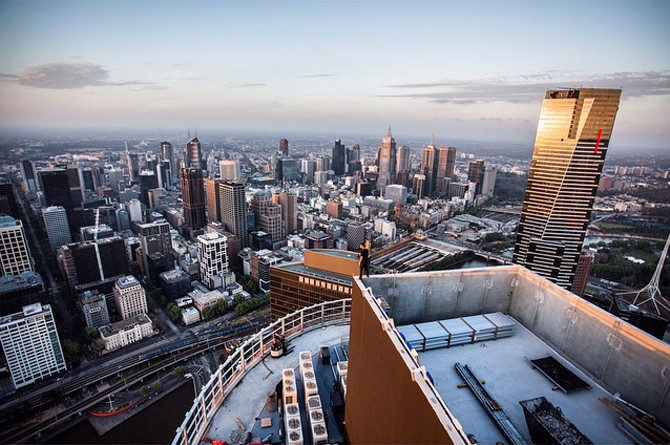 A photo taken by the daredevil with stolen camera gear.

Being robbed is like a punch to the stomach.  Seeing someone making money with your stolen possessions and not being able to do anything about it is just a swift kick to the gonads.

That’s exactly what Australian photographer Jon Grundy experienced when a daredevil photographer [name removed] broke into Grundy’s home and stole $15k worth of gear.  The thief then used the gear to shoot photos that he offered for sale online in addition to garnering much media attention from his dangerous exploits.  But, one thing the thief hadn’t counted on was that each of his photos was meta-tagged with the name of the photographer from whom he stole.

It all started a year ago in July 2014 when Grundy posted a couple lenses for sale online.  He was contacted by the thief who showed interest in the gear, but the sale fell through with the thief stating he didn’t “have enough money to buy it tonight.”  However, that was not before Grundy had given his address so they could complete the transaction. 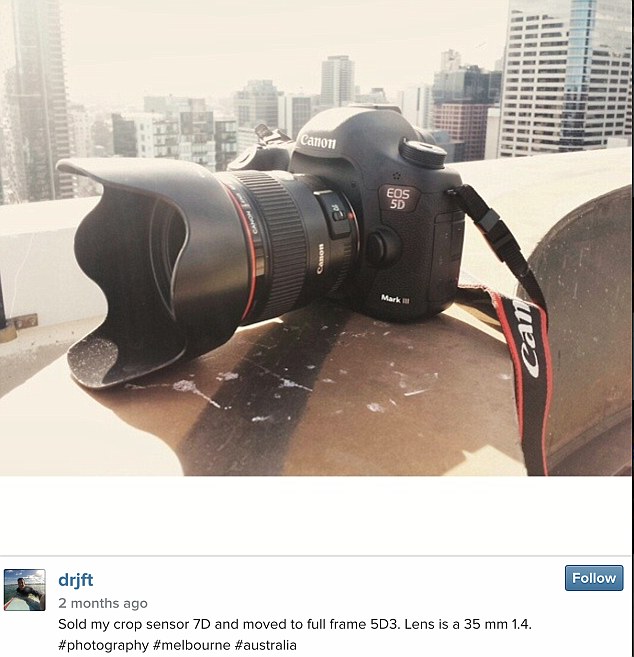 A few days later, Grundy’s wife came home to find that their house had been burgled and that all of her husband’s camera equipment had been stolen.  Yet, with no proof indisputably linking the “sale call” to the crime, Grundy could only speculate as to who the culprit really was.

Grundy kept a watchful eye on [name removed] online presence.  Shortly after the break-in, he posted an image on Instagram bragging about some recently-acquired camera gear that Grundy thought looked extremely familiar.  But there was still no proof.

It wasn’t until October 2014 that a photographer working with [name removed] began noticing the name “Jon Grundy” in the metadata of his images.  When asked about it, [name removed] joked that the gear was stolen.  (“Many truths are said in jest…”)  Unlike his colleague, the photographer had a conscience and contacted Grundy to inquire as to whether or not he was missing any gear, particularly a Canon 5D Mark III.  This new information led to the thief ‘s arrest on charges of burglary and handling stolen goods, and the equipment was returned to its rightful owner.

In February, the thief unrepentantly pled guilty to the charges, but no conviction is documented as being handed down.  For all of his misdeeds, he only received 100 hours of community service.  (Talk about a deterrent to crime…)

How To Add Copyright Information To Photos

To be honest, before this, I had never even thought about customizing in-camera metadata.  But, on most newer dSLR cameras, it’s rather simple to do through the menu screen.

Something that seems so trivial, especially when you can mass update EXIF information in Lightroom, can be a game-changer in the long run.  Not only could this be used to track down stolen gear, but careless photo-stealers might overlook this valuable information as well.

Have any of you had a similar experience?  Did metadata play a part in helping you recover stolen gear or proving ownership of your images?

« Affinity Photo Out Of Beta – $50, no subscription
New Feature-Length Movie Is Shot Entirely On The iPhone 5S »