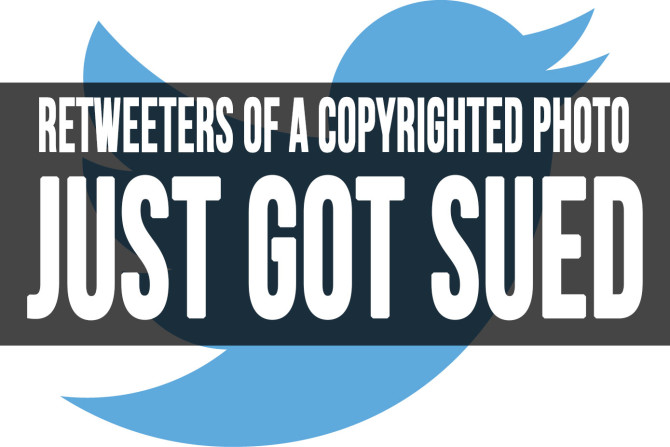 By now we should all know that taking someone’s photo and uploading it to social media is not cool (and not legal either). But what happens when you retweet or pin or share a photo that someone else stole? An interesting case now presented to the courts of California may change how easily you retweet photos forever.

California based photographer Dennis Flaherty is suing beverage company Big Red Soda for allegedly posting one of his photos to social media without his permission. Nothing new here. If this is indeed the case, Dennis would probably have a walk in the park in court. What’s more interesting is that Dennis is also suing every single person who retweeted or pinned the photo.

Dennis claims that he is the owner of a photo showing Fort Alamo at night, and that Big Red posted the photo to their social media accounts marking the 179th anniversary of the Battle of the Alamo. 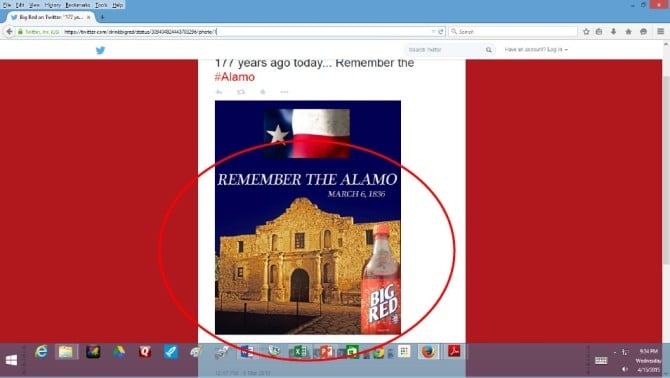 Here comes the twist, the1709blog says that Dennis is also claiming that (bolding mine):

Defendants induced copyright infringement by distributing the photograph to third parties, that is, social media users who retweeted, pinned or liked the original social media post containing the infringing photograph. Plaintiff claims that, as such, they “stood in the shoes of the Plaintiff and licensed the image to Twitter,” citing Twitter’s Terms of Service which provide that by submitting content, users provide Twitter with a royalty-free license, thus allowing the social media site to make one’s tweets “available to the rest of the world and let others do the same.” Plaintiff is seeking actual, or, alternatively, statutory damages, for contributory infringement as well.

So basically Dennis claims that each retweet and share provided Twitter with more permission to distribute the photo. This can get messy. I have to agree with 1709 to the fact that it would be hard to prove intent for the poor souls who retweeted the alleged infringing photo:

It is very unlikely that Plaintiff will be awarded any damages from any social media user. Plaintiff claims that the contributory infringement was intentional, but proving that it is would be impossible. As noted by Plaintiff himself, the photograph bore the Big Red trademark. As such, social media users were likely to believe that the use was legal, even if they knew that the copyright of the photograph was owned by Plaintiff, as he could very well have licensed it

1709 goes further to speculate a nightmare of small court claims against retweeting users which will may have a chilling effect on speech, especially if the fees start to add up.