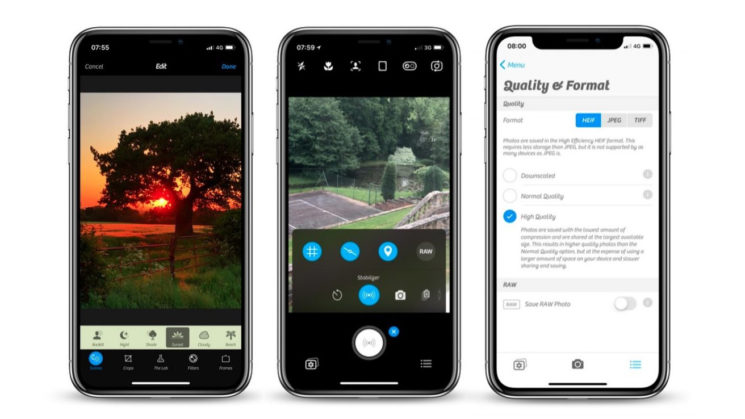 Camera+ is one of my favourite iOS apps. It’s almost certainly the one I’ve used the most during the time that I owned iPhones. Whenever I got a new one, it was the first thing I’d install to replace the stock camera app that comes with iOS. It offers a level of control that the native app just can’t (or at least, doesn’t) offer while still offering “easy mode” options for when you want a quick snap.

Launched almost 8 years ago, it’s become one of the most popular 3rd party camera apps out there for iOS. Now they’ve launched a completely new and overhauled Camera+ 2. It’s been “reimagined and rewritten from the ground up” to help optimise efficiency and add new features. It offers improved dual camera support, built-in raw & depth editing, new sharing options and a “Smile Mode”.

The original Camera+ app is wonderful when it works. Occasionally I’ve had issues with it crashing or losing the photo I’ve just shot completely before it saved it out. But on the whole, my time using Camera+ has been a positive one. Hopefully, the new Camera+ 2 app will help to solve some of those intermittent issues with the original now that it’s been rewritten from scratch.

The new Camera+ 2 is a separate purchase from the original Camera+. So, if you already own the original, you can’t just update. But the new one is only $2.99 and it includes everything. There are no separate in-app purchases any more. Pay one time, and get the lot.

With the rewriting of the code from scratch, it claims that it’s also faster and more efficient. And rather than hold onto all the legacy code for older devices and operating systems, the new version requires iOS11. So, if you’re using a device that can’t update to iOS11, you’ll probably want to stick with the original Camera+.

The original version is no longer listed on the Camera+ website, although it is still available in the App Store. Whether or not it will remain there, though, or if it’ll ever be updated is anybody’s guess.

To find out more check the Camera+ 2 website, or purchase it for $2.99 from the App Store.

« The photographer’s paradox: do you really need all your gear for each task?
A comprehensive guide to corporate headshot photography »