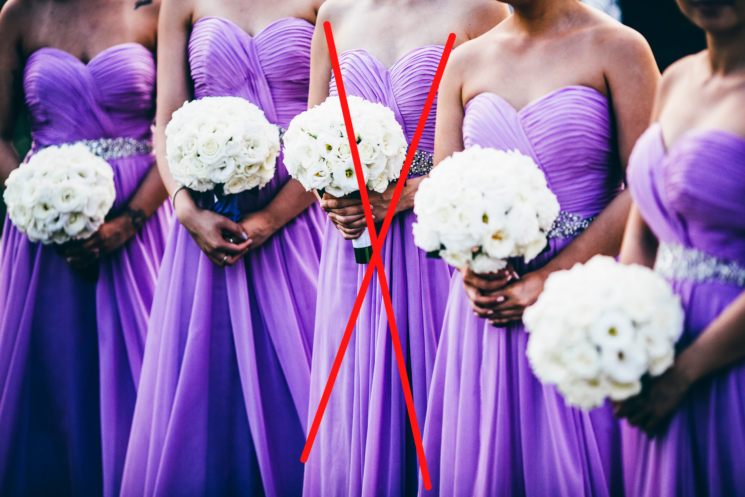 A bridesmaid shared the story of how her friend demoted her at the last second before the wedding ceremony and demanded that she become her unpaid photographer instead. The woman, called Aila (presumably not her real name) posted on the popular Reddit forum AITA to ask if she was correct to walk out on the wedding and her so-called friend at the request.

Allegedly, the professional wedding photographer had taken ill and had to leave while the wedding party was getting ready. That left the bride in a situation where she didn’t have a photographer at very short notice.

“I have a Nikon DSLR and have always liked to casually take pictures for my social media,” says Aila, “which I did of all of us in the time leading up to the wedding.”

“Diedre said that since Jenny [the photographer] was gone they didn’t have a wedding photographer. She wanted me to give my bridesmaid dress to Ashley and take photos with my Nikon, since no one wanted to just have pictures on their phones,” continues Aila.

However, what happened next was a little bit shocking, and presumably what provoked the walk-out. Immediately everyone swarmed Aila, pulling the rhinestones out of her hair and making her take off the bridesmaid dress (which she herself had paid $120 for no less) and promptly gave it to the groom’s sister to wear.

To add insult to injury, the bride then told Aila that she was no longer invited to eat with the guests during the reception dinner and that she wouldn’t get to sit down as a guest. In short, she was effectively going to be treated not as a friend or guest and made to work the punishing job of wedding photographer for free.

Aila says that at that point she walked out of the room pretending to do something else, but actually went straight to her car and drove home. Honestly, I don’t blame her. Eleven thousand Reddit readers agree it seems, having upvoted her story.

For a moment I had a little sympathy for the bride. The photographer she has hired leaves due to illness and the bride is left with no photographer on the day. She sees her bridesmaid getting some snaps with a DSLR which to most people automatically means she is a ‘pro’. But this is where my sympathy ends. I have several questions.

I have to wonder about the professionalism of the original photographer. Okay, I’ll give her the benefit of the doubt and maybe she was focused only on not vomiting on the bride. However, even in that position, unless actually unconscious you can bet that I’d be ringing around literally anyone I knew to get them to cover for me and fill in. Major favours would need to be called in, but I would not just leave a bride without a photographer on the actual day. Also, I would never shoot a wedding without a second shooter. Just saying.

But then the actions of the bride become reprehensible. It might have been reasonable to ask her bridesmaid if during the day she could really try to capture some nice photos, and would she mind maybe stepping out of the party during just parts of the ceremony to do so, as they had been left in the lurch. As the bride, I would be doing everything possible to make my friend feel like she was saving the day and to make her feel extra special. I would certainly not be trying to make her feel worthless and degraded and essentially uninviting her to the wedding. But maybe that’s just me.

It seems like there’s no end to people’s entitlement when it comes to weddings. DIYP has told countless stories of bridezillas treating their photographers poorly, even to the point where one photographer deleted the photos during the ceremony! It’s a little extreme, but then, emotions run high. What’s a wedding without a little drama?

Do you agree with Aila? Was she right to walk out?

Photographer cancels the shoot a night before a wedding, explains why in a viral video