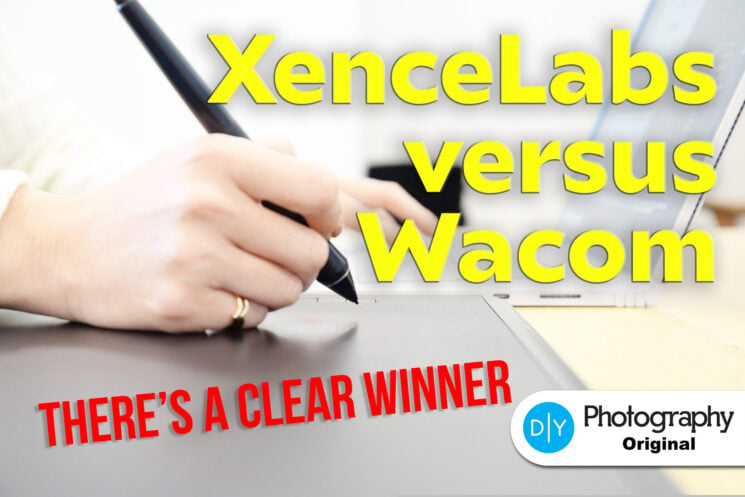 The graphics tablet scene has been hit hard with the launch of a range of tablets by XenceLabs. Founded in 2019, XenceLabs is formed mainly of former Wacom employees. According to them, they were stuck in a rut and hitting brick walls put up by upper management when they were at Wacom. The designers, developers, and engineers could not smash through this brick wall and decided to go ahead and make XenceLabs to break free of the corporate shackles. Of course, I wasn’t really there, so I can’t say for sure, but this is the narrative they share.

XenceLabs currently offers us a small handful of tablets: the Medium SE, the Medium, and the Small. The sleek design is not only aesthetically pleasing but also offers us a comfortable and convenient pen experience and feels like a premium product, particularly in the Nebula White color. Wacom offers similar devices. To be honest, they were offering them first. A sample of the range includes the Wacom Intuos, Wacom Intuos Pro, and Wacom Cintiq Pro. So different price range for different uses and creatives.

Using XenceLabs tablets just feels better than any other graphics tablet I’ve used, making a massive difference. When using my pen on a tablet, I want it to feel smooth yet retain a little resistance as if to feel like paper. XenceLabs has achieved this. With several tablets from other brands, I would find myself stopping here and there as a result of some gripe. An inconsistent feeling on the tablet’s surface or a glitch in the smoothness of the connection. In six months of using the XenceLabs Medium tablet, I haven’t had a single issue with either of these things.

A graphics tablet’s repeated and constant use can give us a little wrist discomfort, but XenceLabs have included a 6.5˚ curved palm rest at 5mm thickness, making it very comfortable to use.

I often say in reviewing things that if you don’t notice something, that’s when the manufacturer has got it right. I haven’t seen anything with XenceLabs, so they got it right. The connectivity, forming the second part of the smoothness of their use, comes from a Bluetooth 5.0 connection. Bluetooth 5 offers more stability and security than the Bluetooth 4.1 connection used by Wacom. This is done through a USB dongle.

I had concerns at first over the battery life of the wireless XenceLabs tablet, which I inherited from the less-than-ideal battery life of wireless Wacom tablets I’ve owned. I often found myself wanting to use a Wacom tablet, only to be disappointed because it had zero available battery. I haven’t encountered that problem with XenceLabs. The battery on the XenceLabs Medium tablet easily lasts for 16 hours, taking just 2 hours to charge fully.

Looking specifically at the pen, XenceLabs is simply more comfortable to use. The pen has three customizable buttons and a soft-touch silicone grip, weighing in at 17g. Diving into the technicals behind it, we have a ±60˚ pen tilt range and 8,192 levels of pressure sensitivity. For perspective, that’s twice as many pressure levels as the Wacom Pen with the Intuos.

The XenceLabs Quick Keys come with the Medium Bundle or as an additional accessory, and they make things smooth. The keys are customizable, and their function changes based on your running program. They create an excellent interface, and the OLED display displays each key’s function, with up to 40 functions programmable per app. It takes 1.5 hours to charge for up to 53 hours of use. The Quick Keys pad doesn’t replace buttons. It adds to them. There are three buttons on the pen and three on the tablet itself, all customizable.

A huge concern for all of us is the price, and XenceLabs leads on this approach, too. The XenceLabs Medium comes in at around the same price as the (almost) comparable Wacom Intuos Pro Medium. But it includes the quick keys, two pens, a few spare nibs, two cases, and a few more bits.

XenceLabs is a young company, but it’s made of people who really know what they’re doing, creating perfect gear for professionals and creatives. I’ve made the switch from Wacom to XenceLabs, and I’m not the only one. Here’s what Glyn Dewis has to say about it: –

In the interests of full disclosure and to help when I say “I’ve used Wacom”, here are the Wacom tablets I’ve owned: –

I’m comparing my experiences to these XenceLabs products: –

The result from me is a stand-out win for XenceLabs. I like the people behind the brand – leading engineers with experience in industrial design, animation, VFX, AND illustration. The result is an intuitive product that puts the focus on creativity and does its job perfectly. I’ve owned quite a few Wacom tablets, and I’ve had a problem with each one and decided to upgrade. With XenceLabs I had very few issues. I can’t wait to see what their next move is.