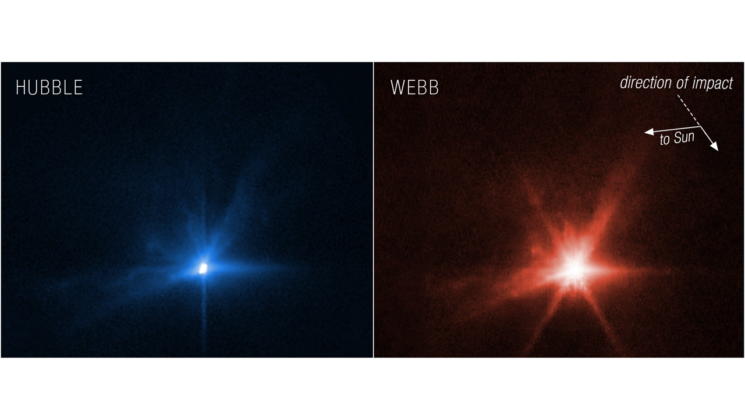 It’s not every day that NASA sends a $300 million spacecraft to smash deliberately into an asteroid. But that is exactly what happened this week with the DART mission. Allegedly the mission was successful and we now know that science-fiction end of the world by asteroid scenarios could potentially be avoided in real life. And we don’t even need Bruce Willis.

Another first was made as well during the mission. It was the first time that telescopes Hubble and James Webb made observations of the same object simultaneously. 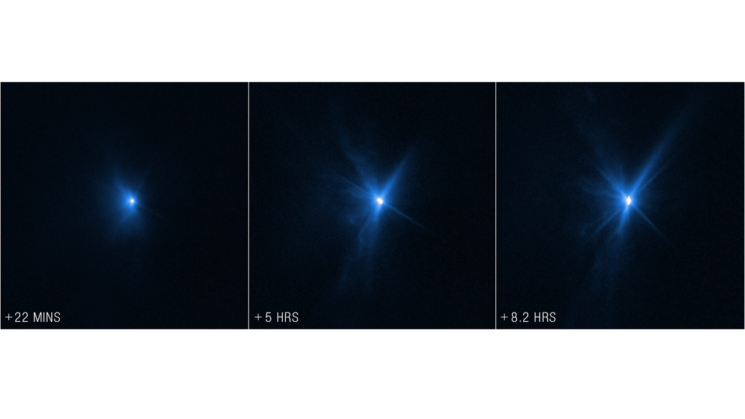 NASA’s James Webb Space Telescope and Hubble Space Telescope teamed up to collect data before and after NASA’s Double Asteroid Redirection Test (DART) intentionally slammed into Dimorphos, the asteroid moonlet in the double-asteroid system of Didymos, at nearly 15,000 miles per hour.

The combined capabilities of Webb and Hubble together —on the same target, at the same time— will allow scientists to analyze a wide array of data relating to the makeup and history of our solar system. It’s also pretty interesting to compare the two sets of images from both telescopes. 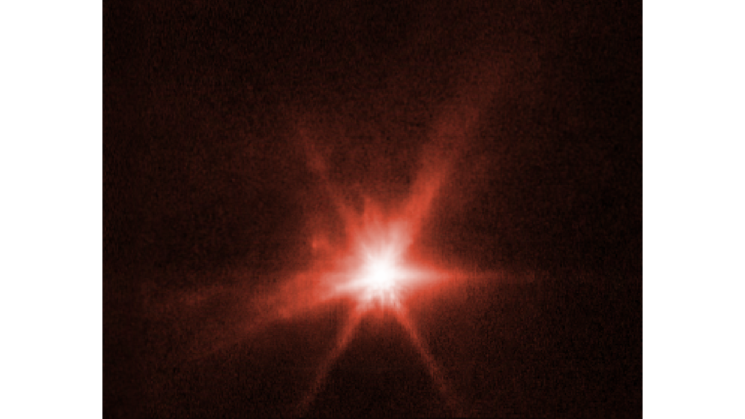 “For the first time, Webb and Hubble have simultaneously captured imagery from the same target in the cosmos: an asteroid that was impacted by a spacecraft after a seven-million-mile journey,” says NASA Administrator Bill Nelson. “All of humanity eagerly awaits the discoveries to come from Webb, Hubble, and our ground-based telescopes – about the DART mission and beyond.”

Observations from Webb and Hubble together will allow scientists to gain knowledge about the nature of the surface of Dimorphos, how much material was ejected by the collision, and how fast it was ejected. Additionally, Webb and Hubble captured the impact in different wavelengths of light – Webb in infrared and Hubble in visible. That’s why the images are different colours.

Check out Hubble’s “after” shots from #DARTMission impact!

Earlier this week, @NASA intentionally crashed a spacecraft into Dimorphos, a non-threatening asteroid moonlet in the double-asteroid system of Didymos, in a test of planetary defense: https://t.co/pe2qeFDYoS pic.twitter.com/VQ5X1pQlEy

Observing the impact across a wide array of wavelengths will reveal the distribution of particle sizes in the expanding dust cloud, helping to determine whether it threw off lots of big chunks or mostly fine dust. Combining this information, along with ground-based telescope observations, will help scientists to understand how effectively a kinetic impact can modify an asteroid’s orbit.

Hubble captured 45 images in the time immediately before and following DART’s impact with Dimorphos. “This is an unprecedented view of an unprecedented event,” summarized Andy Rivkin, DART Investigation Team Lead of the Johns Hopkins University Applied Physics Laboratory.

We’ve certainly lived through a lot of historical events in the past few years. Let’s just hope that the conspiracy theories are wrong about NASA doing a practice run on an asteroid because there actually is an asteroid hurtling towards earth!