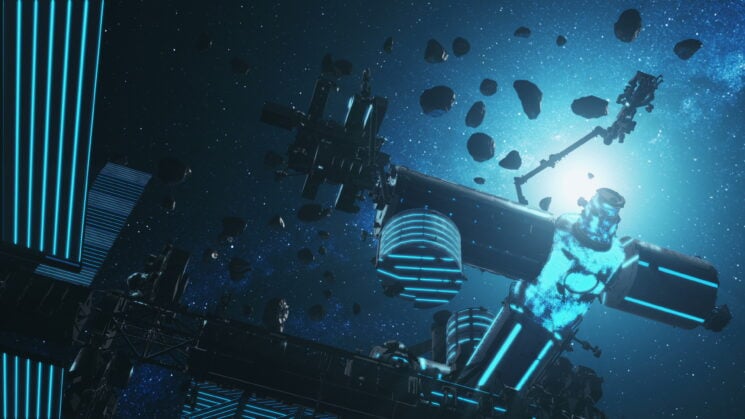 It sounds like the plot of an ‘end of the world’ sci-fi movie. But this is not fiction. Today, NASA will be attempting to power a rocket into an asteroid to alter its course. And you can watch it live, via possibly the world’s ultimate field-cam, the asteroid-cam.

NASA’s Double Asteroid Redirect Test (DART) is headed straight for the asteroid called Dimorphos. The asteroid will be struck at around 14,000 mph and is billed as a test drive to see if the technique could work even a tiny bit in the case of an asteroid coming dangerously close to hitting the earth.

Fortunately, neither Dimorphos nor its bigger brother Didymos pose a threat to earth. Nor do any other asteroids actually. It’s just that these two asteroids are great target practices.

The premise is, that the impact is expected to alter the speed of Dimorphos by a fraction of a per cent. Researchers say this should change the time it takes to complete its orbit by several minutes, thus moving it away from its original projected course.

“This demonstration is extremely important to our future here on the Earth,” said Lindley Johnson, NASA’s Planetary Defense Officer, at a press briefing ahead of the mission. “DART is demonstrating what we call the kinetic impact technique for changing the speed of the asteroid in space and therefore changing its orbit” Johnson adds.

But luckily this is where Hollywood and real life diverge, and no one is going to be required to man the space mission on board the actual spacecraft. DART has a smart navigation system on board that is guiding it to the Didymos/Dimorphos system but apparently won’t actually ‘see’ its target until about 1 hour before impact.

When it spots Dimorphos, the 163-meter-wide (530 feet) asteroid will only appear as a pixel. That will be enough for the navigation system to begin tracking toward the rock. Two and a half minutes before impact, the navigation systems that brought the spacecraft to that point will switch off. “We’re just going to point the camera, and take the most amazing pictures of this asteroid that we’re going to see for the first time,” says Elena Adams, DART mission systems engineer at John Hopkins Applied Physics Laboratory.

The spacecraft is worth a mere $250 million. Because of this, DART’s own camera will be sending back images until the last minute, beaming them back to Earth so that people can watch as the mission reaches its dramatic conclusion. In addition, a small companion spacecraft will be documenting the action in space. The Italian LICIACube (Light Italian CubeSat for Imaging Asteroids) launched with DART and separated from the larger spacecraft on September 11th. It is following its companion and will document the experiment’s aftermath.

So yes, it really is the case that real life sometimes copies art. Or at least science fiction at any rate. But if successful, it’s somewhat reassuring that somebody somewhere might have a plan to save the world.

NASA will begin its coverage of the DART impact at 6PM ET on Monday, September 26th. The collision is expected at 7:14PM ET. Watch the live coverage on NASA’s website or YouTube channel.