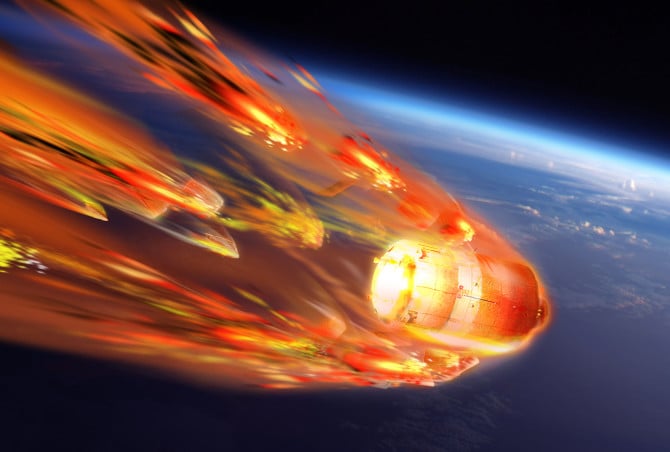 Artists rendering of ATV-5 burning up during reentry into earth’s atmosphere. (Photo by ESA)

The European Space Agency (ESA) is launching a camera into space via a supply ferry, the Automated Transfer Vehicle 5 (ATV-5) which headed to the International Space Station. Launching cameras into space isn’t particularly rare in itself, but this camera is kinda special. The Automated Transfer Vehicle Break-Up Camera was designed in just nine short months by team members of the ESA specifically for this mission. The Break-Up Camera is a disposable infrared camera that will photograph the reentry of the  ATV back into earth’s atmosphere where it is destined to burn up in a blaze of glory.

In about six months from now the Break-Up Camera, which has been bolted to the spacecraft, will destruct along with the spacecraft as it is leaving space over a remote part of the Pacific Island. An accelerometer has been placed inside the camera which will automatically begin triggering the camera once it detects a specific speed has been reached, signalling ATV-5’s final engine has began firing back. (Or, in layman’s terms: showtime!) 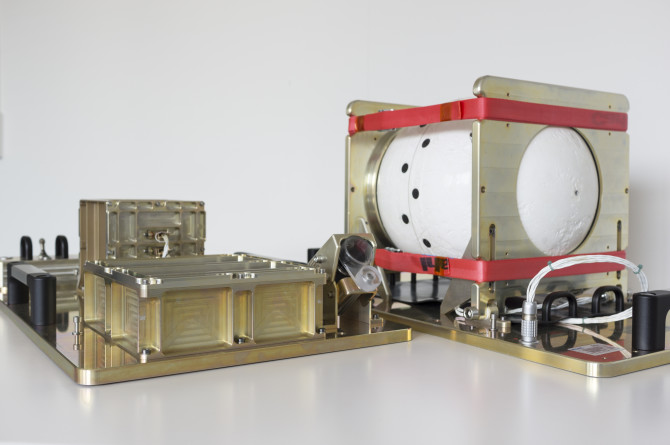 You can spot the infrared lens near the center of the device. The SatCom is the ceramic cylinder on the right. (Photo by ESA)

The camera is programmed to record the final 20 seconds of ATV-5’s life, recording the image data to SatCom, a heat proof ceramic coated device that works much like the black box recorders found on airplanes. The SatCom will then start transmitting the images to communication satellites. The SatCom also features an omnidirectional antennae which allows it to combat the blackout effect caused by a shield of electrically charged gases that create a communication barrier around reentering objects.

The ESA’s Break-Up Camera will paired up with NASA’s Re-entry Break-up Recorder and  Japan’s i-Ball optical camera, both of which have been used for similar uses in the past. The pairings have been made in an effort to produce what the scientists hope will be the most conclusive photos of the final moments of a spacecrafts life.

Gudak app turns your expensive iPhone into a disposable camera

« Watch Beautiful Flowers Get Annihilated By A .22 Caliber At 1,000 Frames Per Second
Beautiful Natural Light Photography Camera Techniques You Can’t Do With An iPhone »