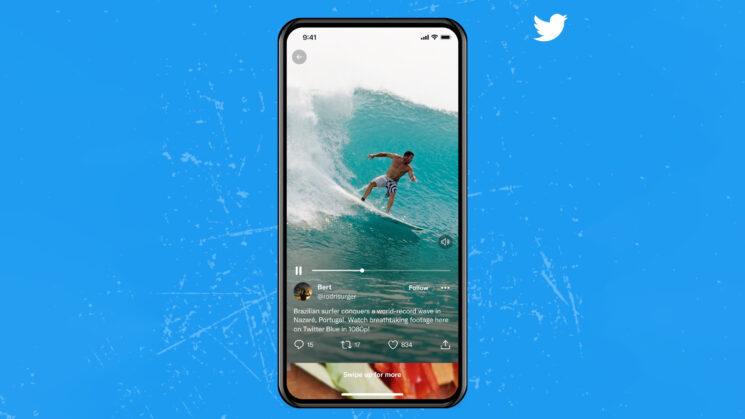 The company announced on Thursday that two new video updates are coming to the platform. One is the “immersive viewing and easy discovering” and the other is that you’ll see more videos in Explore. Twitter is justifying its decision by saying that “videos are a huge part of the public conversation” and “one of the most engaging ways people can express themselves online.” The company adds that “videos shared on Twitter receive billions of combined views every year,” pointing out that that’s “billions with a ‘b.’” So, Twitter claims that it just wants to make it easier for you to find the videos and “watch what’s happening… As if you can’t do it on every other social network at the moment.

The first update is the immersive media viewer, which expands videos to full screen with a single click. To activate it, tap on a video in the Twitter app and it will be launched in full-screen mode. From there on, you can scroll up to start browsing more video content. Sounds familiar, right? If you want to exit the viewer and go back to the original Tweet, click the back arrow in the top left corner.

As for the other update, you’ll find more videos in your Explore alongside tweets and trends that might interest you. Again, sounds familiar? When you open the Explore tab, you’ll discover some of the most popular videos being shared on Twitter.

“We want to make it easy for everyone to use our service in the way that best fits their needs,” Twitter writes, concluding that “videos (including fun movie teasers) [are] an important part of that.” So, if you’ve been trying to run away from Reels and content imposed on your that you’d never watch otherwise… Good luck finding a platform where that’s possible nowadays.