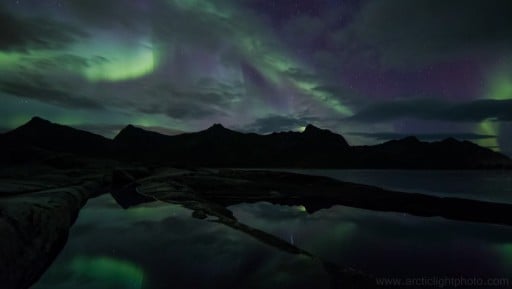 So far his clips are amazing and Polar Spirits from this year is no different.

Here is how Ole describes his project:

“In the film I have tried to show the slower majestic dancing lights,
as well as the more faster, dramatic and abstract shows, and finally the auroras in combination with city lights and urban elements.

The video is shot using stills and assembled together for best possible resolution and dynamic range. In this video however, for the first time, I have also chosen to include some real-time video footage. This is to better show how furiously fast and beautiful the polar spirits can dance! The two sequences which are shot in real-time (in the middle of the video) could never have been recreated using still photos, regardless what camera you are using.”#

Recreating The Aurora Borealis With A Piece Of Fabric