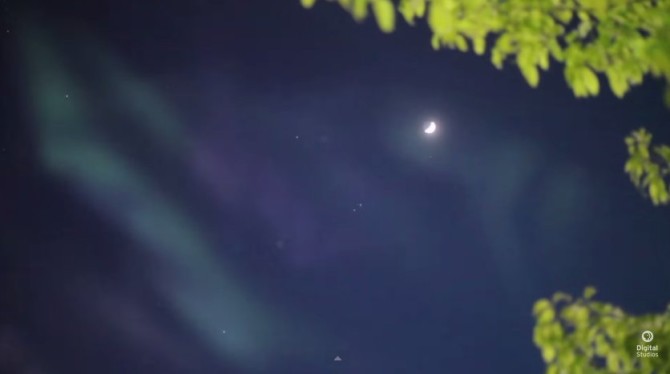 So, what if you have to create an Aurora Borealis right the middle of anywhere but the North Pole? Usually it means that you’re done (unless you actually go to the north pole). But Joey Shanks really needed some Borealis for his movie production – SPECTRUM.

What he did was quite clever, he used pieces of colored fabric and pieces of lit fabric dancing in the wind as a base and then he composed them into the final movie.

It took some experimentation and Joey had to use multiple fans to to create enough wind. Joey cleverly had all the fans facing a center of a circle to the fabric just kept dancing forever while being contained inside the circle. Lots of work? definitely less than flying out to the north pole.

Here is a movie showing how it was done:

P.S. you can get a similar effect with some paper cutouts and LEDs.