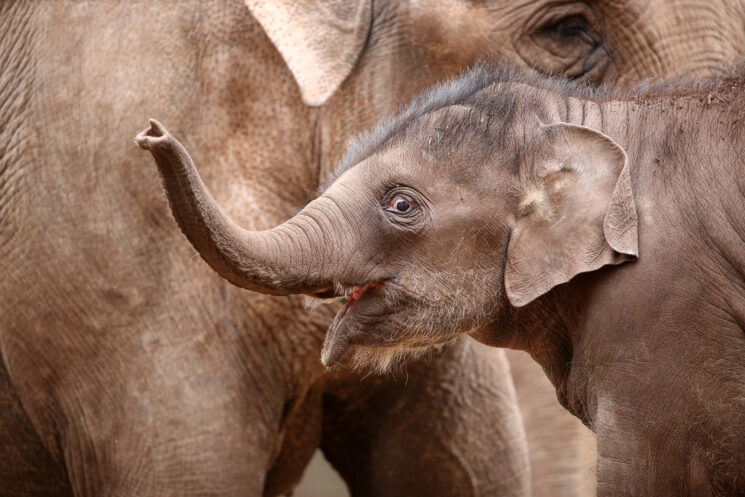 They do say never to work with animals. News reporter Alvin Patterson Kaunda was left collapsed in laughter when a baby elephant stole the show ‘kissing’ him on the lips live on camera.

Kaunda was recording for KBC Television in Kenya and standing close to a herd of elephants. As he spoke about orphaned elephants and the importance of wildlife protection, a young elephant named Kindani kept bumping into him. A true professional, however, Kaunda remained unfazed and continued to speak.

Undaunted the reporter continued, however, he was forced into laughter by the elephant’s antics when the 4-year-old tickled him on the mouth with her trunk.

The video was since shared by the Sheldrick Trust on their Instagram feed and to date has had almost 70,000 likes. It’s clearly become very popular!

Commenters have stated how impressed they are with Kaunda’s excellent composure which he was able to keep for so long. “Cutest photo bomb ever,” writes one comment.

Sheldrick Wildlife Trust operates as a not-for-profit wildlife rehabilitation program. Their elephant orphanage is located in Kenya’s Nairobi National Park. The trust rescued Kindani the baby elephant when she was just one week old.

We’ve had a lot of animal photobombs on DIYP but this one might be my favorite yet. If this video doesn’t make you laugh then I don’t know what will!

Reporter hit by truck live on-air, gets back up and carries on to finish her segment

That Moment When a Deer Photobombs Your Baby Shoot