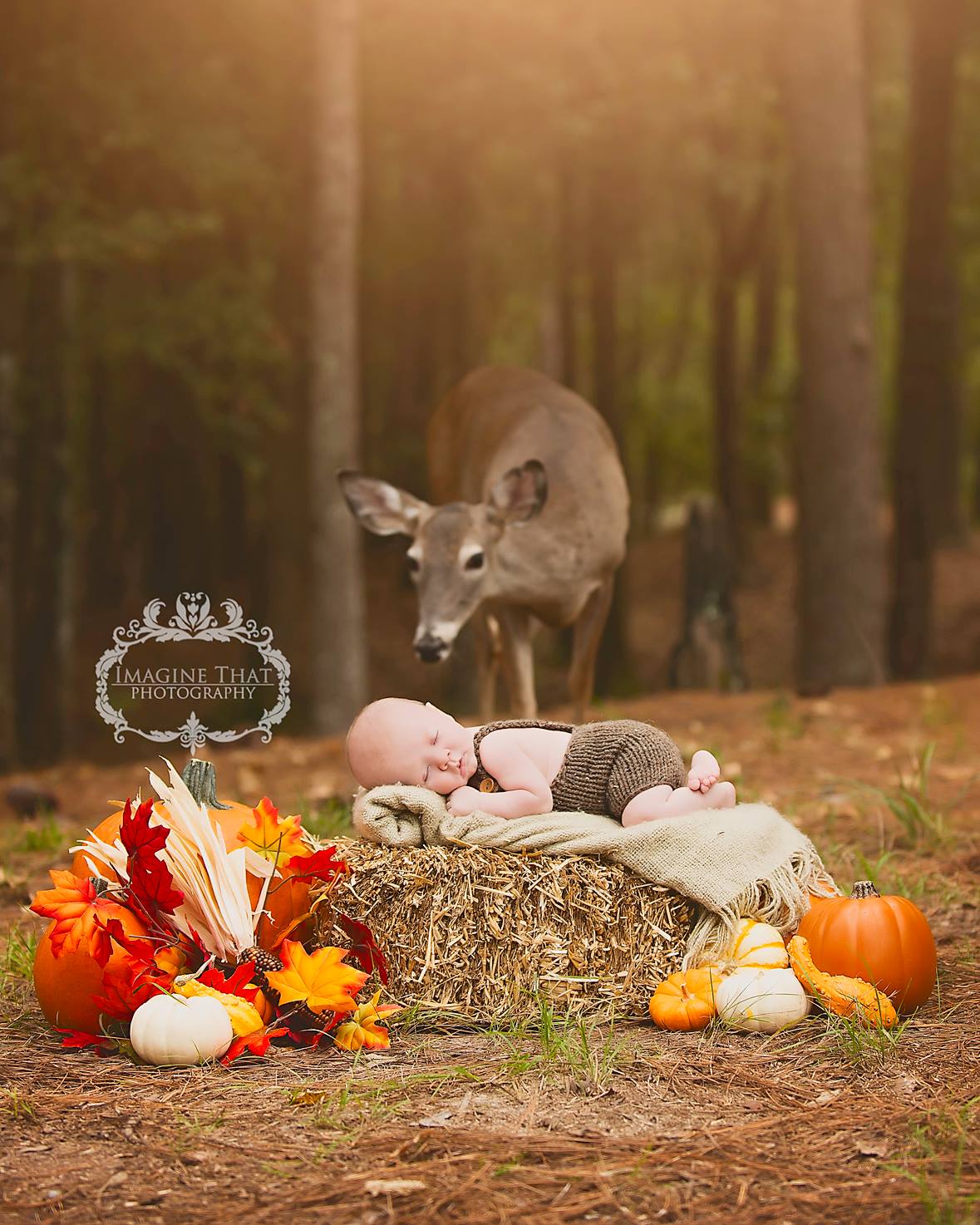 Megan Rion of Imagine That Photography was out in the woods photographing a one-month-old baby when a deer suddenly appeared.

Megan told DIYP that this was not the first lucky customer to receive a surprise visit by this very deer, but this was the first time the deer appeared for a baby shoot.

Future photographers of this baby will have a hard time beating what is probably the best photo he’ll ever get.

“We had the set up for baby Conner all fixed and we were trying to console him and get him into position while Maggie (the deer) just strolled up behind us,” Megan told us, speaking of her recent (and now famous) shoot at Sam Houston Jones state park in Moss Bluff, Louisiana.

Not wanting to miss out on the magical opportunity, Megan had her assistant take an ear of cob from the set and use it to get the deer to look at the camera. Luckily the corn did the trick and actually worked better than expected; “Not only did she look my way she came up calmly walking towards baby Conner and our setup. I got a couple shots then we were done.”

Megan explained that Maggie the deer (recognized by the notch in her ear) feels very comfortable around people as she was hand-fed as a baby after being dropped off at the park as a rescue.

Unfortunately for Megan (and her customers) Maggie does not show up for every shoot, but she knows her way around a set. “She picks and chooses her appearances although we would love to see her every time we do not. She has been in 5-6 photoshoots,” Megan said.

The other shoots Maggie has participated in were just as lovely (as can be seen below), and Maggie has become a favorite among Megan’s clients:

“The older kids are super excited about the deer, some even call it a horse but are still very calm and endearing around it.

Maggie the deer has become very popular in our photographs but we cannot guarantee she will be there for upcoming shoots. She just makes our photoshoots more magical when she does appear.” 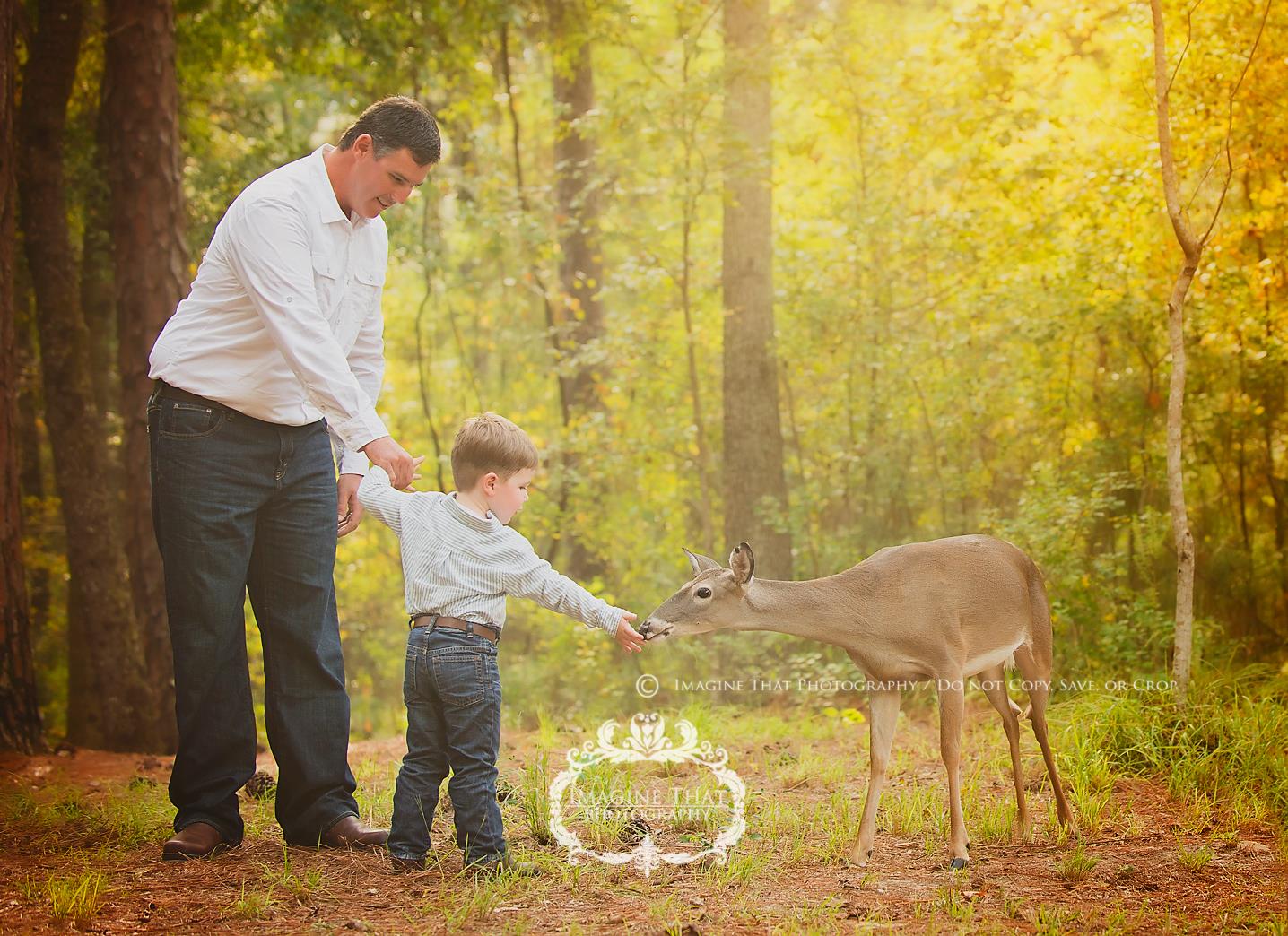 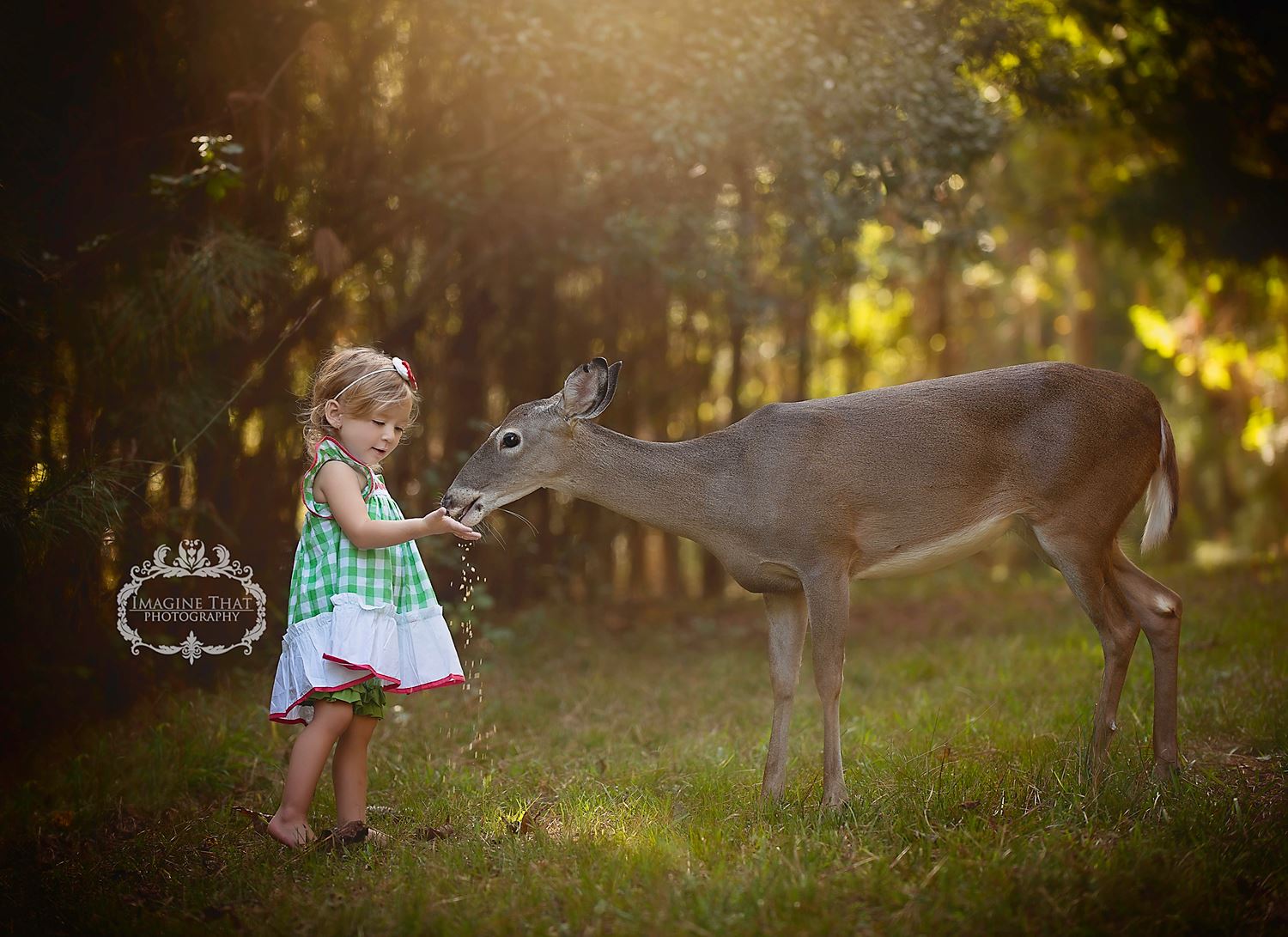 Despite Maggie’s docile temperament Megan told Yahoo that she always makes sure to have one hand right near the baby because as charming and lovely as she might be, Maggie is still a wild animal. 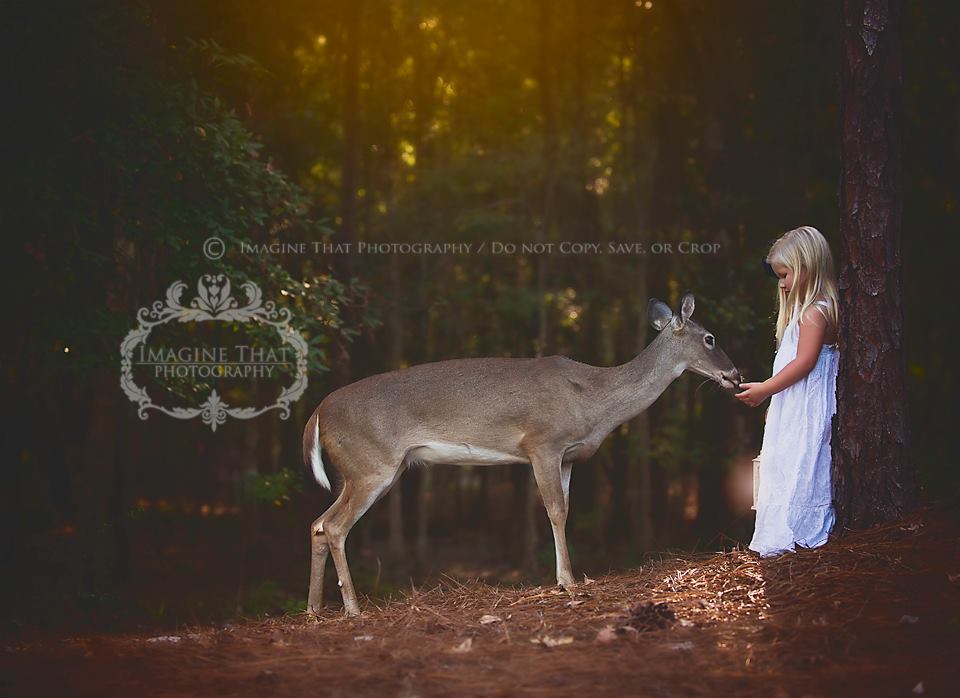 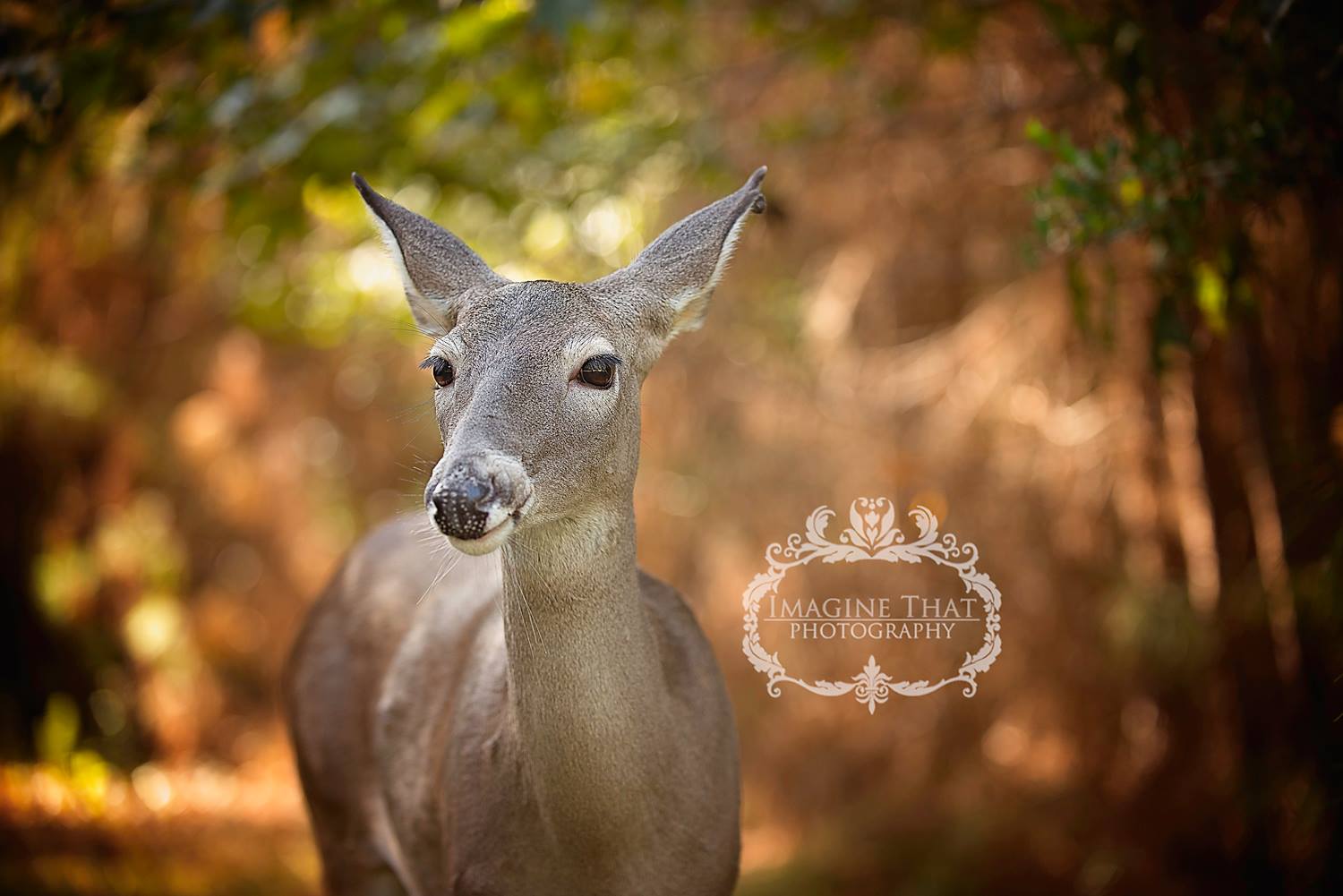 [Imagine That Photography via Yahoo]