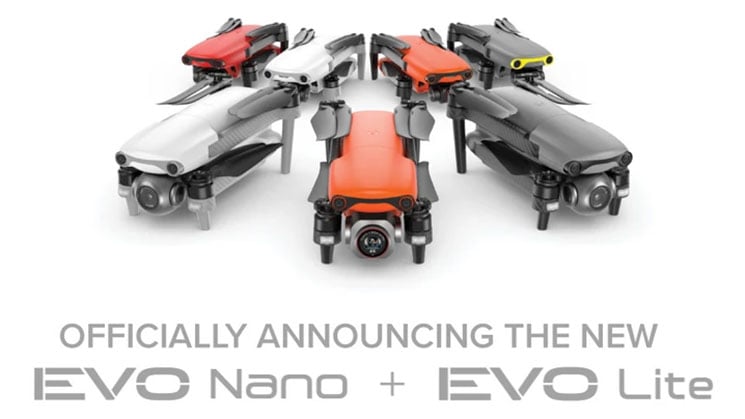 Autel Robotics has announced two new series of drones, the EVO Lite and the EVO Nano, the latter of which is a sub-250g drone aimed at taking a share of the license-free market from DJI (and the recently announced Hubsan Zino Mini SE). Unlike the DJI and Hubsan offerings, though, the Nano comes with obstacle avoidance – a feature notably lacking in the other two.

The EVO Lite series is a little larger (more like a DJI Mavic), weighing around 820g, with the world’s first 4-axis gimbal, resolutions up to 50-megapixels, sensor sizes up to 1″ and video capabilities up to 6K at 30fps. 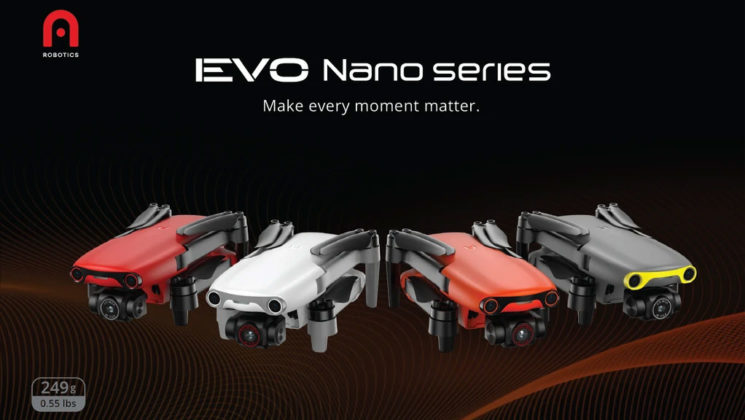 The Evo Nano series is comprised of two drones. The standard Nano and the Nano+. The standard Nano offers a 1/2″ CMOS sensor capable of shooting 48-megapixel photos and 4K HDR video with a built-in 3-axis gimbal. The Nano+, on the other hand offers a 1/2.8″ 50-megapixel CMOS sensor with an RYYB colour filter array and utilises both phase detection and contrast detection autofocus with a large f/1.9 aperture.

Both models offer one-click automated shooting modes through the app, along with MovieMaster, Autel’s process for quickly editing footage from your drone together into a final movie. You can stream the camera’s view to your smartphone with a range of up to 6.2 miles at 2.7K resolution at 30 frames per second with the boastful claim of “no lags”.

What makes the Nano stand out against its competitors from DJI and Hubsan, though, is the fact that it features obstacle avoidance – currently the first and only drone in its class to do so. Of course, this sort of tech does come at a price. Whereas the DJI Mini 2 currently costs around $449, the Hubsan Zino Mini SE is around $349 and the DJI Mini SE is a mere $299, the Autel EVO Nano starts at $649. The Nano+ costs $799.

At these prices, the Autel EVO Nano series certainly isn’t aimed at low budget beginners. More so the weight-conscious pro who needs something a little better than the DJI Mini 2 but smaller than the Mavic to produce some decent footage. 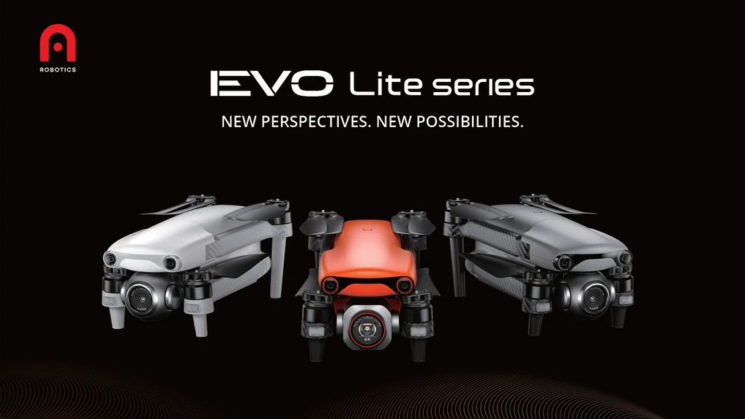 The Evo Lite series is Autel’s more mid-range drone. Also available in two flavours, Lite and Lite+, both drones also offer “no lags” on 2.4, 5.8 and 5.2Ghz frequencies boasting a range up to 7.4 miles and 2.7K 30fps streaming straight to your mobile device. Naturally, you also get those automated one-click camera moves from your smartphone app, too.

The Lite drones offer “ultra wide angle obstacle avoidance”, giving them a front field of view of 150° to eliminate more blind spots. This means that the system can operate with fewer cameras, meaning some saved weight and less drain on the batteries – which Autel says lasts for about 40 minutes, or 30% more than the competition.

Again, the big difference between the Lite and the Lite+ is the camera. The standard Lite comes with the 1/1.28″ 50-megapixel CMOS sensor as the Nano+ mounted to a 4-axis gimbal to help you more easily shoot vertical videos. By contrast the Lite+ comes with a large but lower 20-megapixel resolution 1″ sensor capable of shooting 6K video at 30 frames per second. If also comes with that 4-axis gimbal and offers an adjustable aperture of f/2.8-11, potentially negating the need for neutral density filters.

The Lite and Lite+ drones are quite respectably priced starting at $1,149 and $1,249 respectively, putting them well into Mavic territory. This is a much closer price point to its competition than the sub-250g offerings and I expect they’ll do quite well.

All four models of drone are expected to become available to buy by the end of October. The complete specs for both don’t appear to have been posted yet, but you can find out more about them on the Autel website.