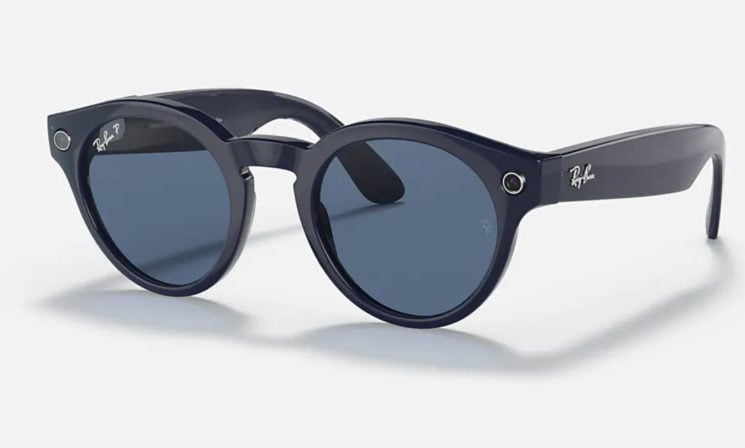 Earlier this month, Facebook debuted its first pair of “smart glasses” make in partnership with Ray-Ban. Of course, they have already raised privacy concerns because of the built-in cameras. As it turns out, the LED indicator telling you that the camera is on is way too small, making it easier to secretly film anyone.

The glasses named Ray-Ban Stories allow users to shoot photos and videos with two 5MP cameras and upload them to a new Facebook-made app, View. You can also listen to music and make phone calls, but let’s stick with the cameras. So, what seems to be the problem?

Ireland’s Data Protection Commission (DPC) and the Italian Data Protection Regulator, the Garante, both raised concerns over the cameras. DPC asked Facebook to demonstrate that an LED indicator light is an effective way of giving notice to people when the wearer is filming them. However, neither Facebook nor Ray-Ban demonstrated that they had done comprehensive testing in the field. In other words, the LED light is there and it switches on when you start filming. But, it may seem too small for the person filmed to notice it.

But what about secretly filming people with a phone camera? We’ve seen it done a gazillion times. DPC explains it this way:

“While it is accepted that many devices including smart phones can record third party individuals, it is generally the case that the camera or the phone is visible as the device by which recording is happening, thereby putting those captured in the recordings on notice.”

I’d say that depends on the situation, whom and what you’re filming, and how well you’re pretending to type a message while shooting a video, but that’s just me.

“We know people have questions about new technologies and how they work and it’s important to us that we are part of this conversation. We will be working together with our regulatory partners, including the Irish DPC as our lead regulator, to help people understand more about how this new technology works, and the controls they have.”

The tech giant also pointed out that the glasses have an off-switch. I don’t know how that will help you if someone is filming you without you knowing, though. But you can at least ask your friends to switch the glasses off while you’re hanging out. Not everything needs to be shared on social media.