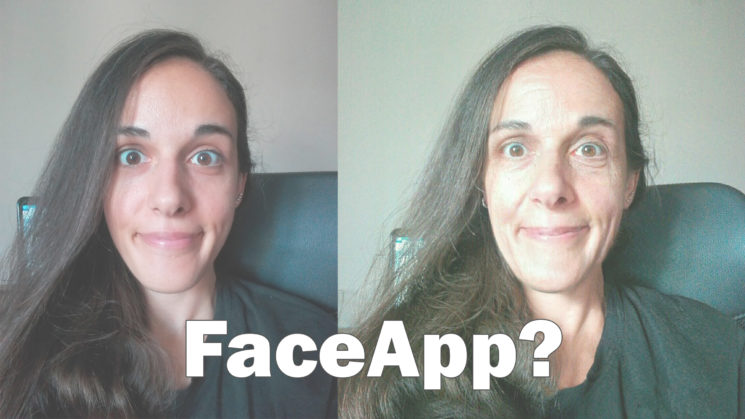 I’m sure that your Facebook feed has been flooded with portraits of your friends looking old in the past few weeks. FaceApp has lately been all the rage, but at the same time, the popular app has raised some privacy concerns. Are the photos stored somewhere? Are they sold to third parties? Can they be used to identify you? These are only some of the questions users have been asking, and FaceApp has now responded to them.

TechCrunch has received a full statement from FaceApp’s representative, addressing the most common users’ concerns. The first among them is about uploading photos to the cloud. Reportedly, FaceApp didn’t make it clear to the users that the photos are uploaded to the cloud instead of being processed locally on their device. I installed the app while writing this article, and there’s a pop-up message notifying me that the photos are uploaded to a cloud for processing. I guess it didn’t use to be there, but correct me if I’m wrong.

Regarding this matter, FaceApp says: “FaceApp performs most of the photo processing in the cloud. We only upload a photo selected by a user for editing. We never transfer any other images from the phone to the cloud.” Founder Yaroslav Goncharov told TechCrunch that the app uses AWS and Google Cloud.

But what about storing images? Do they remain on the cloud and for how long?

“We might store an uploaded photo in the cloud. The main reason for that is performance and traffic: we want to make sure that the user doesn’t upload the photo repeatedly for every edit operation. Most images are deleted from our servers within 48 hours from the upload date.”

Another thing users have been worried about is deleting their data from the app’s servers. Indeed, the process is kinda complicated and unusual. But according to FaceApp, they’re working on improving it:

“We accept requests from users for removing all their data from our servers. Our support team is currently overloaded, but these requests have our priority. For the fastest processing, we recommend sending the requests from the FaceApp mobile app using “Settings->Support->Report a bug” with the word “privacy” in the subject line. We are working on the better UI for that.”

And what about facial recognition? Some users have expressed their concern about logging in to the app with Facebook. Can the app help to identify you if you upload an image? FaceApp says no, because it’s not mandatory to log in if you want to use the app and see how you’ll look in 40 years.

“All FaceApp features are available without logging in, and you can log in only from the settings screen. As a result, 99% of users don’t log in; therefore, we don’t have access to any data that could identify a person.”

As for selling your data to third parties, FaceApp claims that they neither sell them nor share them with anyone. In addition, I’ve seen many users being paranoid about the fact that FaceApp team is located in Russia. I don’t want to get into politics by any means, but if you’re concerned about your data being sent to Russia, here’s what FaceApp has to say:

“Even though the core R&D team is located in Russia, the user data is not transferred to Russia.”

Lastly, FaceApp added that all pictures from the gallery are uploaded to their servers after a user grants access to the photos.

“We upload only a photo selected for editing. You can quickly check this with any of network sniffing tools available on the internet.”

So there you have it. If you’ve been concerned about all these things and wondered what would happen with your photos after uploading them to FaceApp, I hope that now you have the answers. If you’re uncomfortable with your images being uploaded to the cloud and kept there for a while, then don’t use the app. But I hope that it helps to know that your photos aren’t sold to anyone or used for anything malicious. After all, with all the stuff we willingly upload to Facebook, Instagram and elsewhere every day, I can’t help but wonder how much privacy we actually have.

GoPro licenses out its camera tech to third parties

« Photographers beware: eBay buyer steals camera and lens by pretending to receive wrong product
You think you know Curves? This quiz will tell you how well you understand them »