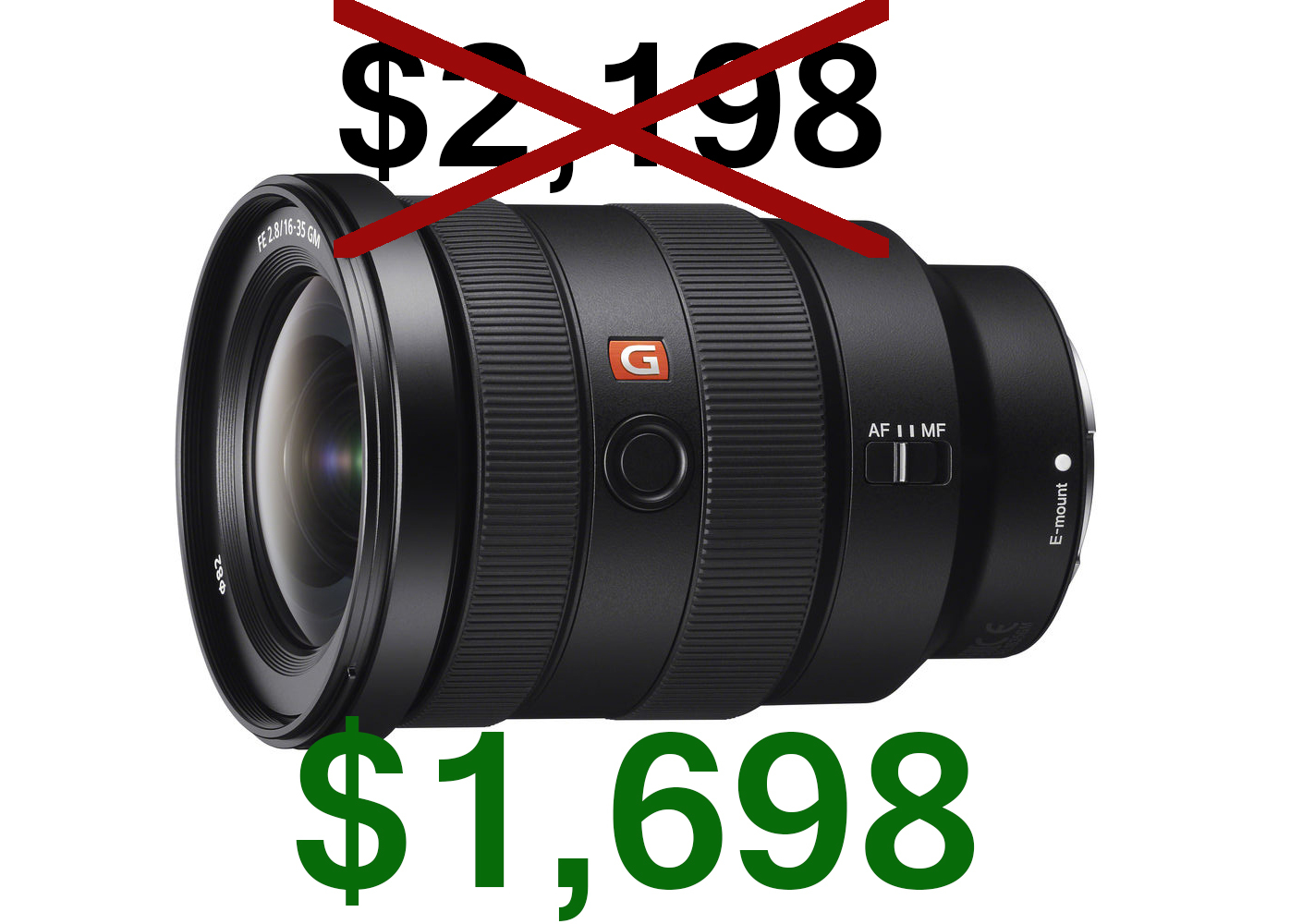 When Sony FE 16-35mm f/2.8 GM Lens was first introduced, the announced price was $2,198. However, it was listed on Amazon for $500 less, and many users preordered it on that price. If you are among them, there’s good news for you – Amazon is honoring the $500 price mistake. Those who ordered the lens for $1,698 will actually get the lens instead of getting order cancellation.

As Sony Alpha Rumors reports, one of their readers had his lens shipped at the wrong price. According to the price tracking website CamelCamelCamel, the lens was listed with the lower price on Amazon from May 19 until May 27. After that, it was corrected to the intended price of $2,198. 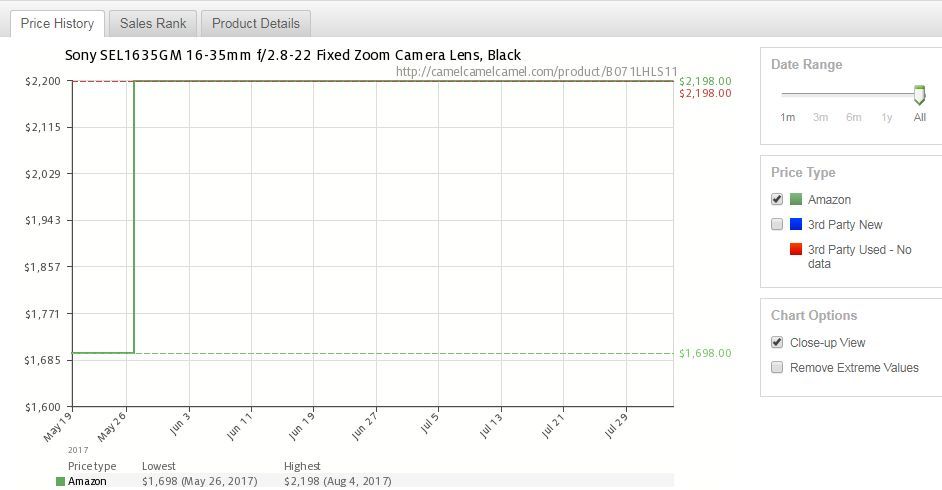 It’s not known how many users placed orders at the favorable price, but judging from the post on SAR, at least one person got away with it. As far as I could see in the comments on the internet, there are more users who got their gear shipped even though they ordered it at the wrong (lower) price. Either way, if you ordered your Sony FE 16-35mm f/2.8 GM between May 19 and 27, Amazon might have just saved you $500.