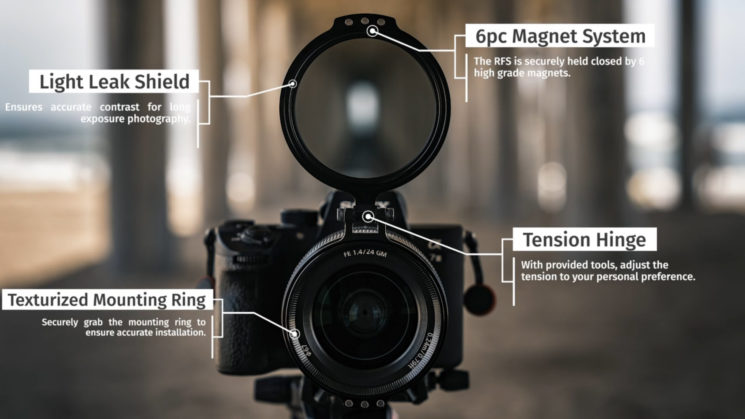 Alter has spent a couple of years testing and prototyping their new Rapid Filter System (RFS). Essentially, it’s a flip-up doohicky that attaches to your camera’s filter thread on one side and your filter screws into the other. And they say it completely does away with the need for step-up rings.

It’s being launched on Kickstarter, and while I think it has some appeal in certain shooting situations, I’m not entirely sure it’s as essential as some of the hype in the embedded YouTube videos would suggest.

The RFS is available in a bunch of different filter diameters, and there’s also the RFS+ which offers a range of filter diameters in a single unit. Basically, the RFS+ has built-in step-up rings, so you don’t need to buy separate ones. But the RFS+ looks quite limited in its range, only offering step-up from 67mm, 72mm and 77mm to 82mm. 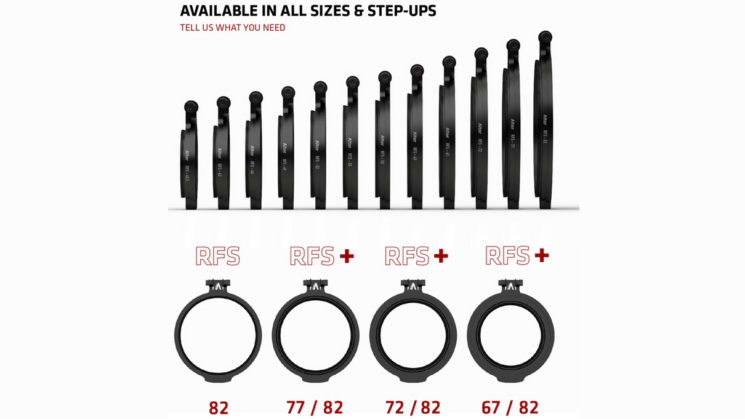 I’m a little confused about whether one RFS+ fits all lenses at 67mm, 72mm and 77mm diameter, or if you’ll need to buy one for each step-up size. If the latter, I’m not entirely sure what the advantage would be over just buying a single largest diameter regular RFS and sticking with the step-up rings.

Plus, personally, all my filters are 77mm, so an 82mm thread doesn’t really help me. I’d just have to buy my filters all over again. And, sure I could just get the 77mm RFS, but then I’d still need to buy step-up rings. And, well, I have a lot of lenses. I usually use a bunch of different ones on every shoot, and this looks like a lot more hassle to take it off one lens and attach to another than simply unscrewing the filter and putting it on another lens – all of which permanently have step-up rings attached.

If all your lenses have the same diameter or you’re only ever using it on one lens, though, it looks like it could be a fantastic tool, especially for landscape and long exposure shooters. Often, you’ll have strong ND over the lens, and being able to quickly flip it up out of the way to focus and compose your shot is very useful. And there’s less chance of moving the camera afterwards by flipping it down vs trying to screw on a filter. Of course, you won’t be able to use lens hoods. So, if you’re trying to shade the sun from hitting your lens while getting some side light skimming over a mountain, you’re going to have to get creative.

Vloggers and some video shooters might also get some use out of this, too. If you’re used to having a variable ND filter over your lens outdoors and then suddenly you step inside somewhere dark, you’ll be able to flip it up out of the way without having to worry about it getting scratched up in your pocket.

But if the Alter Rapid Filter System interests you, and it seems to interest a lot of people looking at the funds raised so far, head on over to their Kickstarter campaign.

I wonder if I can stack one of these on top?

What do you think? Great idea or a bit of a gimmick?