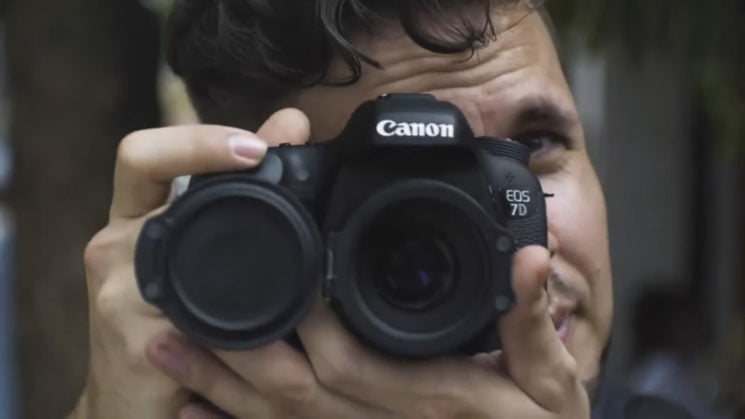 I really don’t know what to make of this one. It’s either a stroke of genius or absolutely ludicrous. I’m talking about Lenscapt, which is a new type of lenscap for DSLRs, mirrorless and other cameras. It’s being funded through Kickstarter and at first, I thought it seemed pretty daft. The Lenscapt precludes the use of lens hoods and some filter systems, but then I got thinking a little more about who could get some use out of it.

The idea is actually pretty cool. A ring screws into the filter threads on the front of your lens. You then rotate the front section the way you might a polarising filter and lock it in a horizontal position. And that’s it, your lens is safe and protected with its cover. But to take the cap off, though, you just give the edge a nudge and a spring flips it open, letting you shoot. When you’re done, you just fold it closed and magnets hold it in place.

It is a pretty neat concept. We’ve all lost lens caps at some point. And if you’re reading this and you haven’t, then you will. It’s gotten to the point now where I don’t even bother ordering replacements anymore, I lost them that often. And a solution like this would certainly help to alleviate that problem. 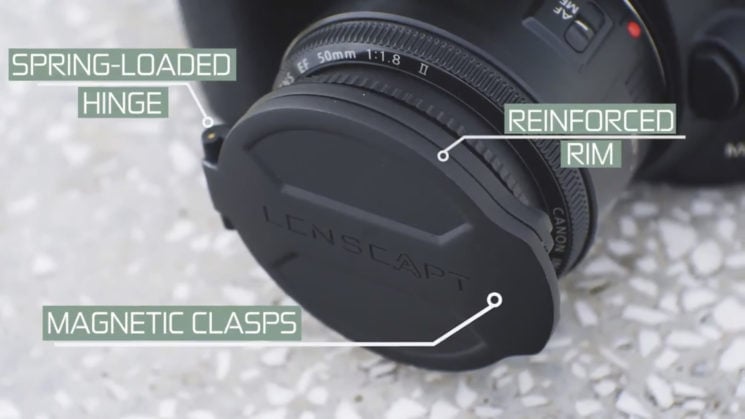 At least, it alleviates it until you need to attach a polarising filter, or a filter holder like the Lee, Cokin or other systems. It is actually compatible with screw-on filters that also have a thread for stacking filters on the front, but this would be a pain to use with a polariser or variable ND. Perhaps you may want to use the hood that came with your lens to prevent light flaring into it. But such users aren’t really the majority of the camera owning general public.

Most of them just have their little entry-level DSLR or mirrorless and kit lens. They want to get photos of their vacations, their kids playing at the park and other such activities. They don’t know or care about things like lens flare or blue skies blowing out to pure white. They just know they need a lens cap on their camera when they’re not shooting.

And that appears to be the market the Lenscapt is primarily aiming for. If nothing else than for the rather obvious hint that they’re currently only being offered in a 52mm flavour. Given that just about all kit lenses, as well as most 35mm f/1.8 and 50mm f/1.8 prime lenses all use 52mm lenses, this seems logical.

The campaign currently has a goal of S$6875 (~US$5,238) and they’re currently S$1,150 (~$875) towards that. They say that this funding will produce the tooling for the 52mm version of the Lenscapt. The next size they’ll make is something they’re leaving open to vote. Given that these screw into the filter threads, I’d say 77mm is a safe bet. Then people can use them with any smaller diameter lens using step up rings.

The price for the 52mm Lenscapt starts at US$15, for the first 50 (23 are already sold), after which they go up to $25. Or, you can buy a set of three for $66. So, head on over to Kickstarter if you want to back the project and claim your own or see the Lenscapt website for more details. Delivery is expected in April.