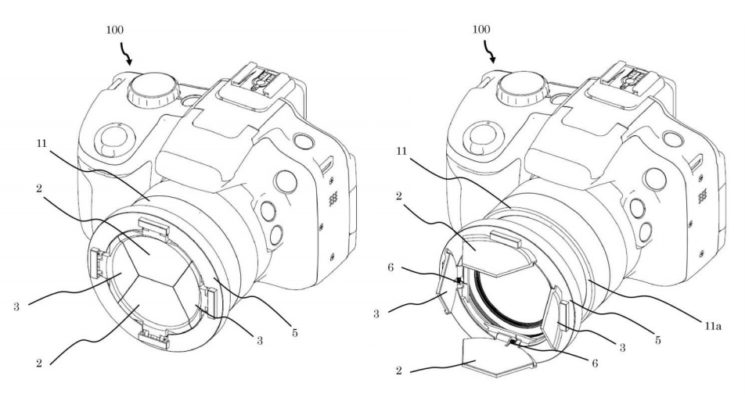 This is quite an interesting idea from Canon. I mean, photographers are often losing lens caps, especially if they shoot on location. You take off your cap, put it down somewhere, come back to it after shooting and suddenly, oh, where’s it gone? I’ve lost track of how many I’ve lost by now, to the point where I usually buy 5 at a time.

Canon’s new patent application (JP 2019-113645), though, describes a lens cap with a barndoor style configuration that allows you to open it up, shoot through it, and then close it again without having to take it off the lens at all. 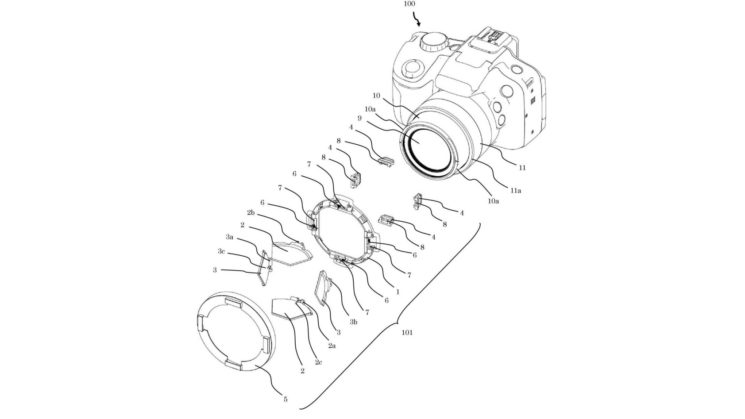 As well as the obvious implication of having a lens cap that you don’t need to remove from the camera in order to shoot through, Canon says that it doubles up as a lens hood while shooting.

While that was one of my initial thoughts on seeing the designs in the patent, I don’t think that it will be as reliable in all conditions as an actual purpose-designed hood for a particular lens. It will help to some degree, though. But the design as a lens cap does potentially have issues, too. Naturally, there will be slight gaps between each of the doors that need to be dealt with somehow.

And it might not become available in a generic sense for all lenses. While the diagrams in the patent application do show something that’s DSLR-like, they don’t specifically mention DSLRs, just “digital camera” and they specifically talk about lenses with a zooming barrel, so it may only appear for something like bridge cameras. Even though the camera design is generic and DSLR-like, I don’t see a lens release button.

That is, assuming it ever appears at all. This might be another one of those that Canon files for the sake of filing, just because they can, without ever actually bringing it to market.

It is an intriguing idea, though, and while it doesn’t have quite the same impact as announcing a new camera, it’s nice to see some of the small attention to detail stuff coming from the Canon camp.

If you want to see the complete patent application, head on over to the Japan Patent Office website.