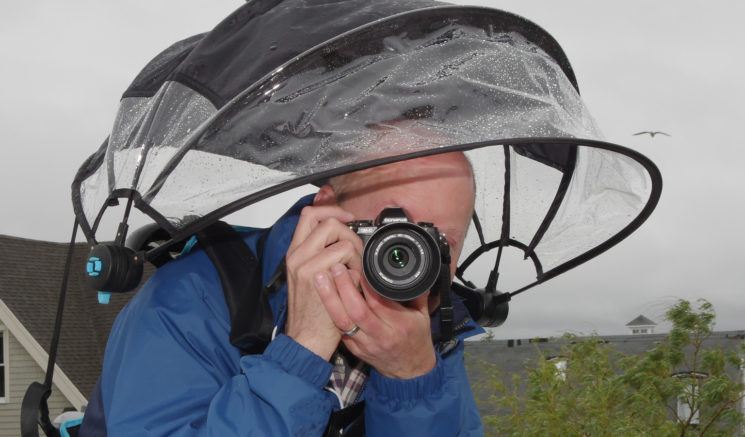 Shooting in the rain is a big concern for many photographers. Especially if you live in a country with somewhat unpredictable weather. I’ve shot in the rain plenty of times over the years, but I’m usually using weather sealed equipment that can handle it. In more extreme weather, I’ve even tried some of the DSLR raincoats. Sometimes, though, the raincoat isn’t practical, and I don’t really want to push the limits of that weather sealing.

Now, though, we have another option. The “Nubrella”, a hands-free… well, it says it’s an umbrella, but it’s more a backpack style mobile canopy. It’s a very unusual design, and it likely holds up well to the rigours of rain. But at what cost? How much is your dignity worth to you? Here, let Nubrella founder & CEO, Alan Kaufman, show you how it works.

It wasn’t designed specifically with photographers in mind. More just a general umbrella replacement that allowed you to keep your hands free. For walking the dog, talking on your phone, mowing the lawn (what?!) or whatever it is you happen to want to do in the rain instead of holding an umbrella.

It goes on like a backpack, and they actually have a backpack attachment for it. The canopy lays folded across your shoulders when not in use. Then, when the rain hits, press a button and up it comes to cover your head. 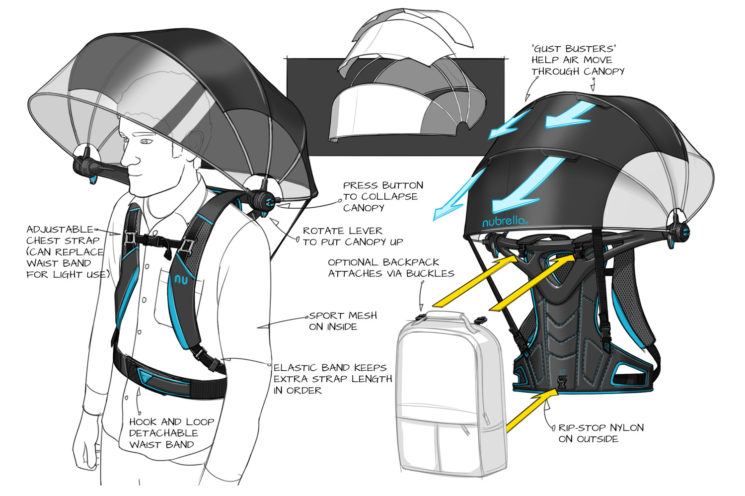 On a somewhat serious note, though, it seems to do the job very well. It looks a lot less hassle than dealing with those raincoats I mentioned earlier, too. If your gear isn’t weather sealed, this could be just the solution you need to get those shots in not-so-perfect weather. 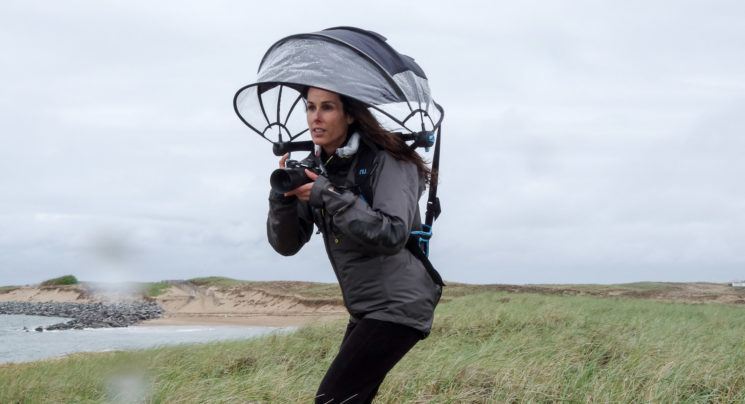 Although it does look much better than an umbrella hat, I still don’t think I’d want to be seen wearing it in public.