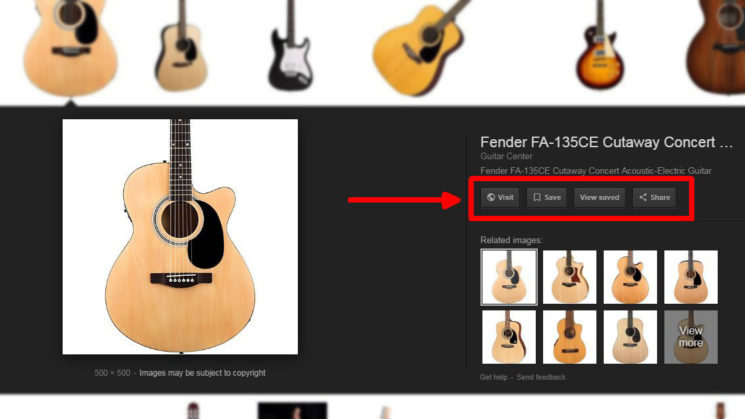 A few days ago, Getty and Google announced the upcoming changes as a result of a licensing deal. The announced changes have arrived, and now you can’t see the “View Image” button on Google any longer. Instead, if you want to see the photo, you’ll have to go directly to the website where it’s hosted.

Perhaps you remember the dispute between Google and Getty, which is what eventually brought to these changes. Previously, the users were able to view the photo and download the hi-res version directly from Google. This led to “the detriment of the 200,000 contributors” of Getty, as their General Counsel stated when the whole dispute began.

Maybe you also remember that dude who got sued for copyright infringement? He thought the photos found through Google Image Search were free to use, and the photographer got him sued for $27,000. Probably because of the people like this, Google has also made the “Images may be subject to copyright” notice more visible.

Other than “View Image,” Google has also removed the “Search by Image” button. They note, however, that reverse image search still works. So, you can still check if someone has stolen your photos.

Today we're launching some changes on Google Images to help connect users and useful websites. This will include removing the View Image button. The Visit button remains, so users can see images in the context of the webpages they're on. pic.twitter.com/n76KUj4ioD

The Search by Image button is also being removed. Reverse image search *still works* through the way most people use it, from the search bar of Google Images.

Google confirms that these changes “came about in part due to [their] settlement with Getty Images this week.” They should make a balance “between serving user needs and publisher concerns.” The company emphasizes that the changes are good for everyone: users, web publishers and copyright holders.

Some users argue that you can still view the photo without visiting the website. All you need to do is right-click on the image and then click “Open image in new tab.” However, you won’t get a hi-res version of the image.

To which extent this will affect the copyright holders, we have yet to see. Those who know how to steal a high-res photo will still do it, I suppose. However, as DL Cade of DPReview notices, this feature could at least save those “accidental pirates” from themselves, and save photographers from their accidental theft.