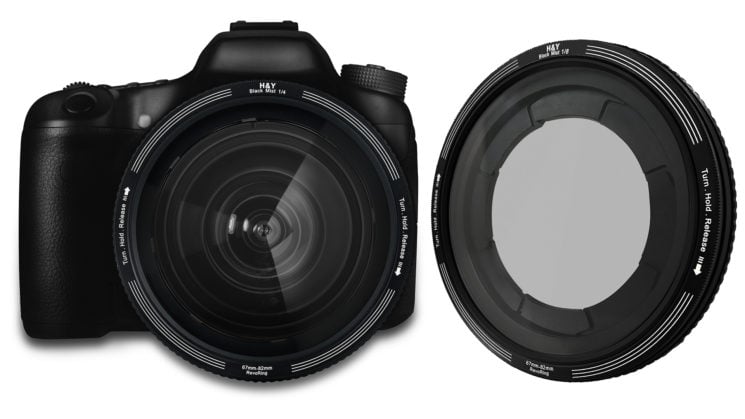 The REVORING from H&Y filters is an interesting concept. Instead of having to buy multiple step-up rings for all your different diameter lenses to use larger screw-on filters, you just buy one “variable” diameter REVORING that fits on a whole bunch of different filter diameter lenses. And you can attach and detach it much more quickly than a standard screw-on filter, too.

The system was first launched in June of last year with a VND + CPL combo. Now the company has just announced a new Black Mist filter, available in three strengths, that you can use either on its own or magnetically attach to your existing REVORING VND+CPL filters.

The REVORING itself, as previously mentioned here, is essentially a filter adapter system. On the back is an aperture-like arrangement that allows it to fit within a range of different filter diameters. These adapters are available in three size ranges covering 37-49mm, 46-62mm and 67-82mm. Only the latter, two, however, are compatible with the new Black Mist filter. On the front is a mount for attaching your magnetic filters.

But if you’ve never used a Black Mist filter, what does it do? Well, as the name suggests, it gives the illusion of mist. It creates like a haze effect over your shot that reduces contrast and makes light sources glow (a bit like the “Glow” effect in After Effects – but… for real, in-camera). Here’s a comparison shot using no filter vs the 1/8, 1/4 and 1/2 strength REVORING Black Mist filters. 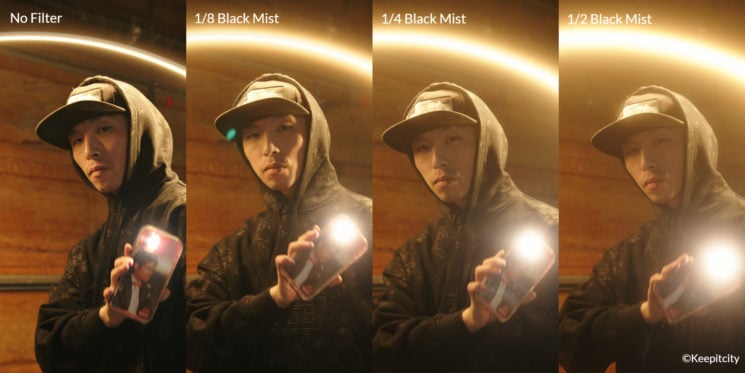 Exactly how noticeable the effect will be does largely depend on the scene you’re attempting to shoot. Low contrast scenes may not see much benefit, although it should still help to soften edges and prevent that clinically sharp look of modern digital cameras. But when you’ve got a high contrast scene with strong light sources, the effect is very noticeable and can give an analogue film-like quality to the images. 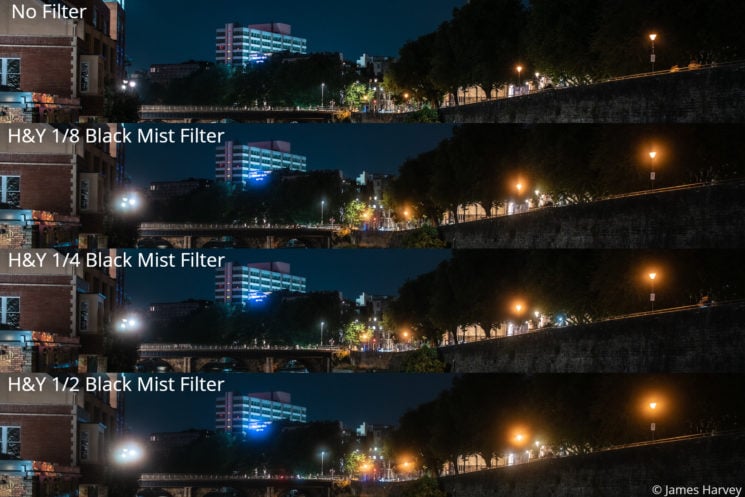 It is a very interesting concept and it’s nice to see them coming out with filters people are actually using. Once the line gets a bit more fleshed out, I can see it potentially becoming a common feature in a filmmaker’s kit bag. For now, though, I think it still needs to grow a little more. And for serious filmmakers, a matte box is almost always going to be preferable to round filters (even if you don’t have to screw them on).

What do you think? Could you add this filter system to your filmmaking gear bag?

The number 3 and Photography

Here is a cinematic FPV flight through a movie theater