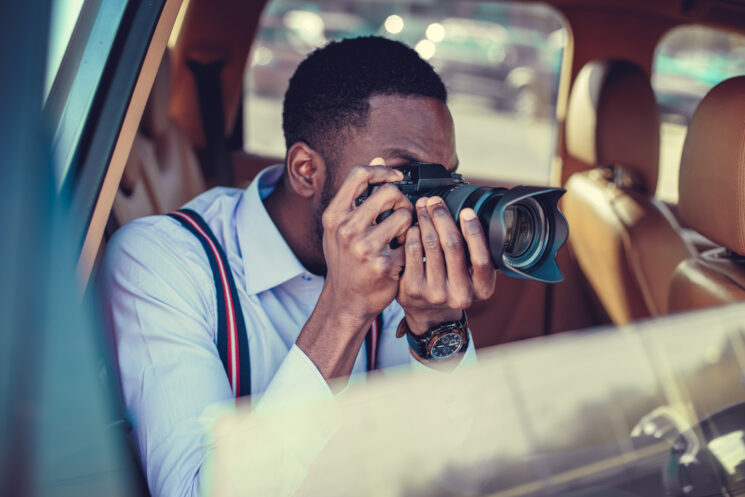 Actress Lisa Rinna has found herself embroiled in a lawsuit with the representatives of a paparazzi photographer after using the images on her Instagram feed without the photographer’s permission. Rinna has said that she always saw the relationship with the paparazzi as “symbiotic” and never restricted access to them to take photographs of her and her family, the Days of Our Lives actress told the LA Times.

She continues “It was part of the game if you’re going to be in this business. I’ve been nice, I’ve never fought with them, I’ve never run from them. My kids grew up with them jumping out of the bushes in Malibu. We’ve had a very good relationship with the press and the paparazzi. That’s why this is so shocking to me.”

Backgrid, an agency that represents photographers first sent claiming $1.2million in damages for copyright infringement of 8 images of herself and her adult daughters that were taken in public spaces. After Rinna refused to pay a federal lawsuit was filed in June 2021.

Rinna is arguing that the agency has “weaponised the Copyright Act” in order to increase lost revenue due to the pandemic. Because so many celebrities were staying at home, many celebrity photographers and agencies found their income dropping drastically during this time, and according to Rinna, Backgrid has filed the majority of its many copyright claims in the years 2020 and 2021.

These cases usually get cleared up with an out of court settlement. But Rinna would not be the first celebrity to get confused by the notion of copyright law. In many countries, you are legally allowed to photograph another person in a public space without needing to ask their permission. In most instances, copyright belongs to the person who operated the camera. Merely having one’s own likeness in a photograph gives you no legal copyright to the image.

While the paparazzi have been involved with less than savoury moments regarding privacy issues and the right to be left in peace in the past, they are working photographers who earn their living from selling photographs. When celebrities use those images without paying for them the photographers lose a source of their income.

Once a photograph is posted, People magazine or Us Weekly will be less likely to buy it because all their fans will have already seen it

– Jo Ardalan, Partner at One LLP

This is not an isolated incident with many celebrities misusing intellectual property. UK pop star Dua Lipa, and models Gigi Hadid and Emily Ratajkowski have all recently found themselves in similar positions. But the law is the law and in this case, it’s fairly simple: the photographer holds the copyright and violation of that will bring takedown notices, compensation claims and potential lawsuits.