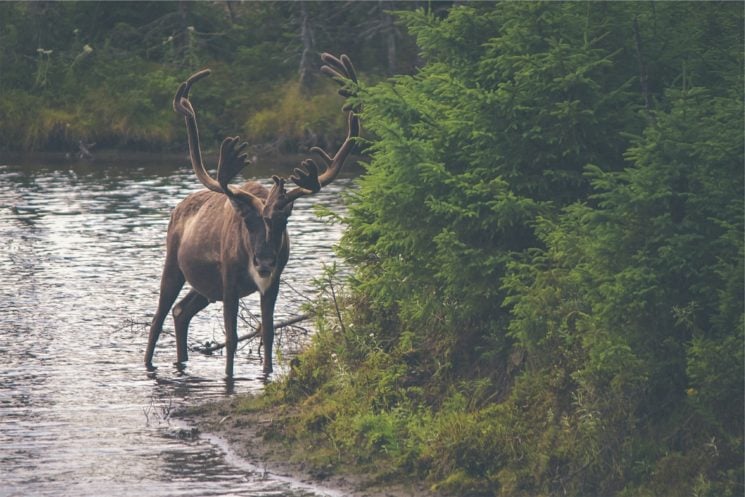 This weekend, a moose drowned in Vermont because of people who were taking photos of it. The crowd scared the animal into the water, and it drowned from exhaustion, according to the reports.

According to The Grand Isle County Sheriff’s Department, the moose had most likely already swum a few miles to cross Lake Champlain from New York state. Sheriff Ray Allen says that the animal made its way out of the water and it was exhausted. When the moose tried to rest, people crowded it and scared it back into the water, where it drowned from exhaustion.

The Islander writes that a moose chooses between two options when it feels endangered: it will either leave the area to avoid the threat or become aggressive to defend itself. This moose decided to leave and hide from the danger that he saw in the crowd of people with cameras – but it pushed the poor animal into death.

A witness told The Independent that the area where the moose got out of the water was near a bicycle path. It was “busy during the tourist season, with numerous boats and vehicles nearby.” Sheriff Ray Allen says that, while it’s amazing to see these creatures, “they are wild animals and should be left alone/viewed from a distance.” He adds that, if you see a large animal like this, you should report it to Vermont Fish and Game immediately. Only this way the tragic situations like this can be avoided, according to Allen.

Posted by The Islander on Saturday, September 1, 2018

Sadly, it’s not rare that people abuse, or simply annoy animals to take “cool photos.” Also, this isn’t the first time that an animal dies because of tourists and passers-by who want to take photos. We’ve seen it happen with dolphins, and it happened more than once.

Australian man almost drowns while trying to save his drone