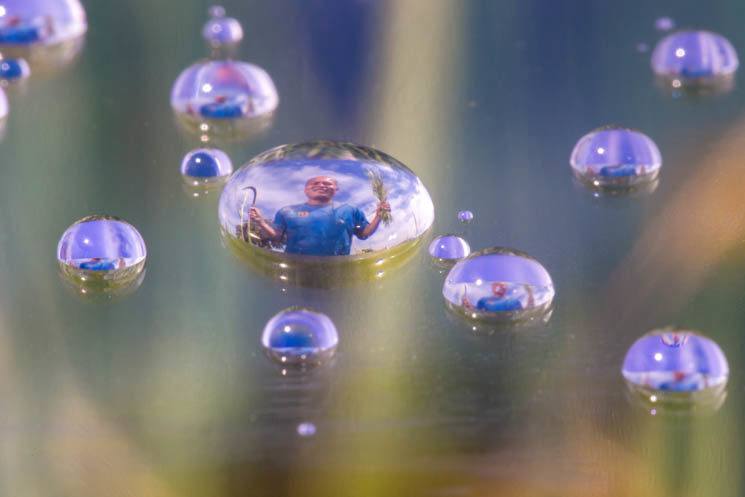 Water droplets can be a great photographic subject. Sometimes, it feels like you can see a whole new universe inside of them. Serbian photographer Dusan Stojancevic recently used droplet photography to create something unique – portraits of people.

As a part of a collaboration with WaterAid, he marked World Water Day by capturing portraits of Cambodian school children, doctors, cleaners, and farmers. All of them had their life changed thanks to the access to clean water. And each of them is shown through tiny droplets.

Other than sharing magnificent photos, Dusan has taken his time to talk to DIYP about the project. He has shared some details about the project, as well as some interesting stories about it.

The idea of the project was to raise awareness for 663 million people worldwide who still lack access to clean water. Dusan and WaterAid wanted to emphasize the importance of this vital source and show how access to clean water can transform people’s lives. The photographer traveled across Cambodia documenting the positive impact that clean water has had on families, schools, hospitals and businesses. He captured the heartwarming images of Cambodians inside tiny water droplets to show the progress the country has made in bringing clean water to its population.

What inspired Dusan were photographers who use a similar technique to take pictures of flowers. In his Cambodian project, he relied on capturing the moment rather than using any post-production editing. He explains that this was the first time he used this technique with people as the subject. Also, he hopes that he’s the first person who photographed people using this method.

Before this project, Dusan took pictures of iconic landmarks or buildings through water droplets. It’s another fantastic series I remember seeing a while ago. It went viral online, and in case you missed it, you can see it here. 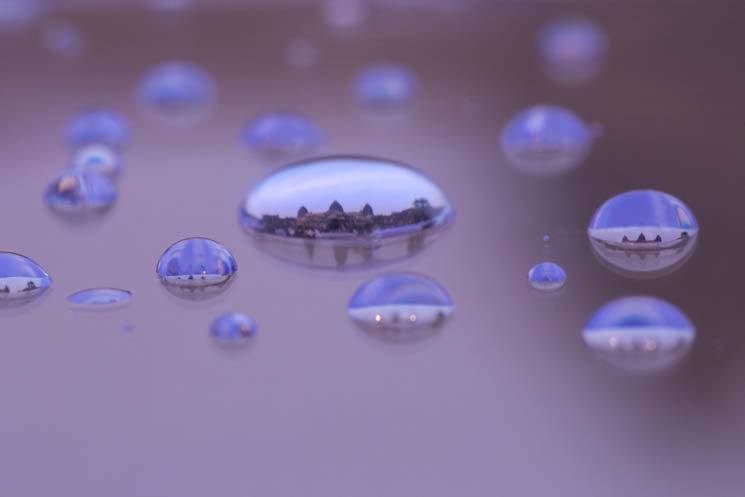 We asked Dusan a couple of questions about the photos he took in Cambodia.

DIYP: How long did it take to finish shooting? How much time did you spend in Cambodia?

Dusan: The project took six days, four days in villages and rural parts, where we cross a big part of Cambodia and two days in Angkor Wat.

DIYP: How did the people react to being photographed? Were they eager to pose?

Dusan: Well it was a bit awkward in the beginning, because my set and technique is something unusual, but when I show them a photo of themselves in the droplet, usually a big smile appears. But it is always like that, even with regular portraits.

DIYP: What was the most fun part of this project?

Dusan: The most fun part was in school, when I needed to charm a whole class of kids who don’t understand me, so I started to laugh like a madman, of course they responded with a genuine laugh and it was a great moment that lasted five minutes. :)

DIYP: And what was the hardest part and the biggest challenge?

Dusan: You are in the foreign land with people who see you for the first and probably last time in your life, don’t speak the same language, and you have just a small amount of time to get the right photo. And taking photos in water droplets makes it even more difficult. That was the most challenging thing of course, but I hope I did in a right way, so that people from more progressive part of the World can see how tough life is when you don’t have clean water. I hope that these photos will help raise more awareness.

Here are some more photos from the series, including both portraits and places: 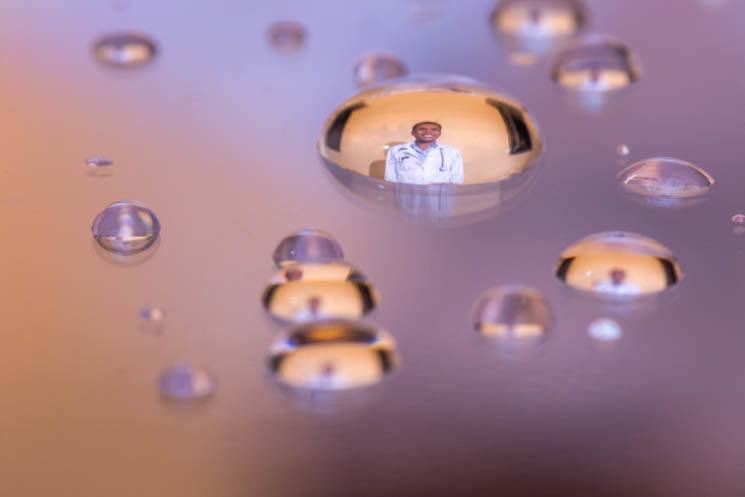 ©Dusan Stojancevic/WaterAid: The Head of Midwifery and Hygiene at Sampov Loun Hospital in Battambang, Cambodia, poses for a photograph. He says he’s now able to carry out his job safely following the introduction of clean water. 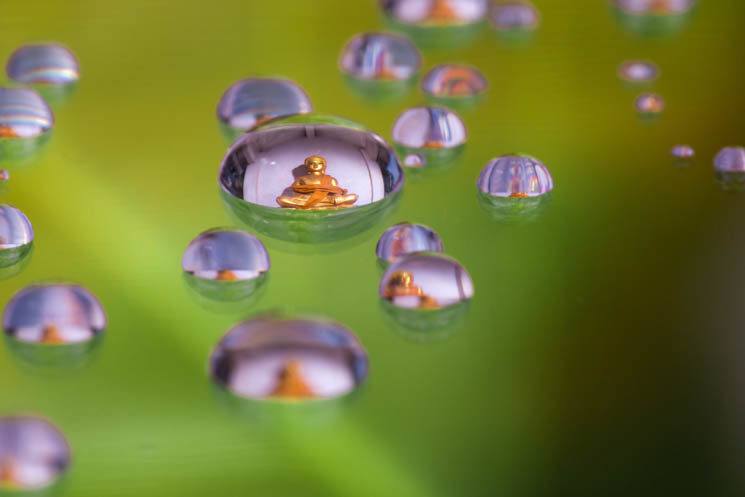 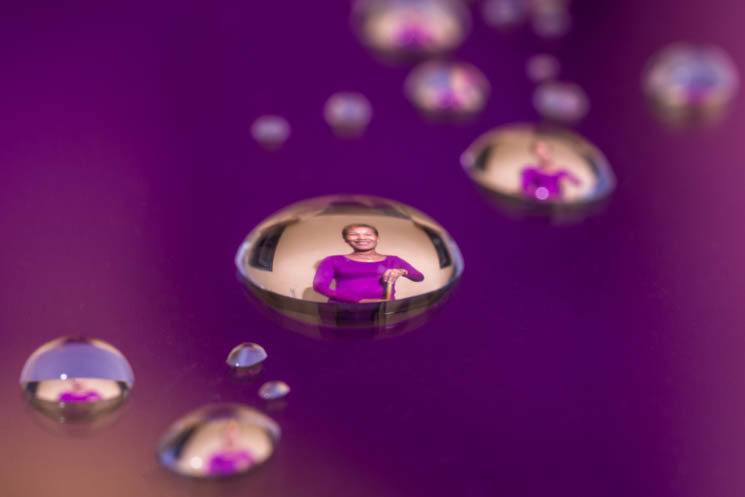 ©Dusan Stojancevic/WaterAid: A cleaner poses with her new mop after recently gaining access to clean water at the hospital in which she works in Battambang, Cambodia 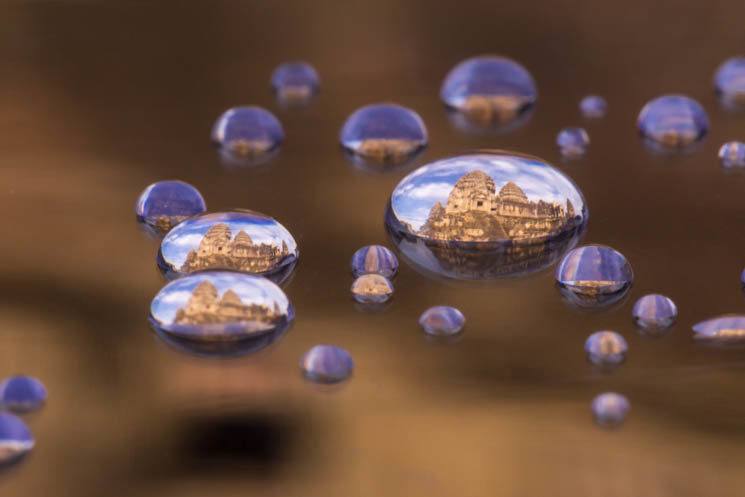 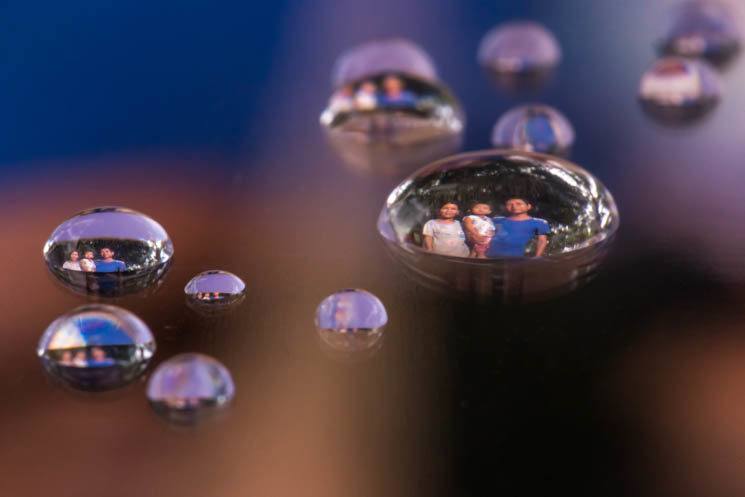 ©Dusan Stojancevic/WaterAid: A young family, who lack access to water and often fall ill, pose for a photograph. Their baby boy recently died from diarrhoea linked to dirty water 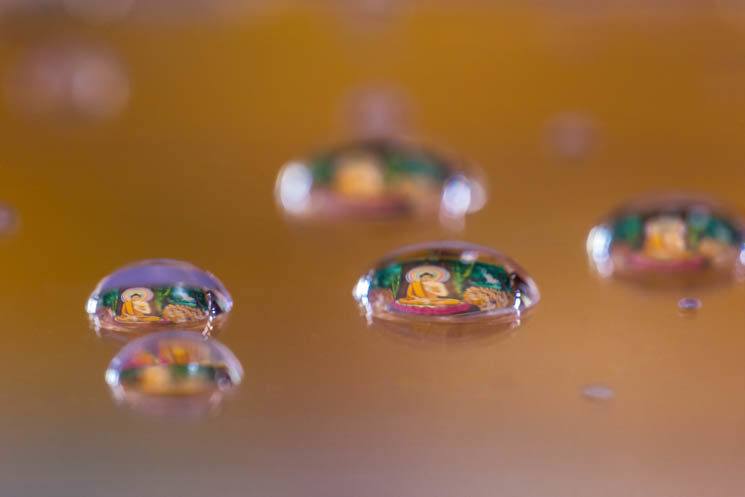 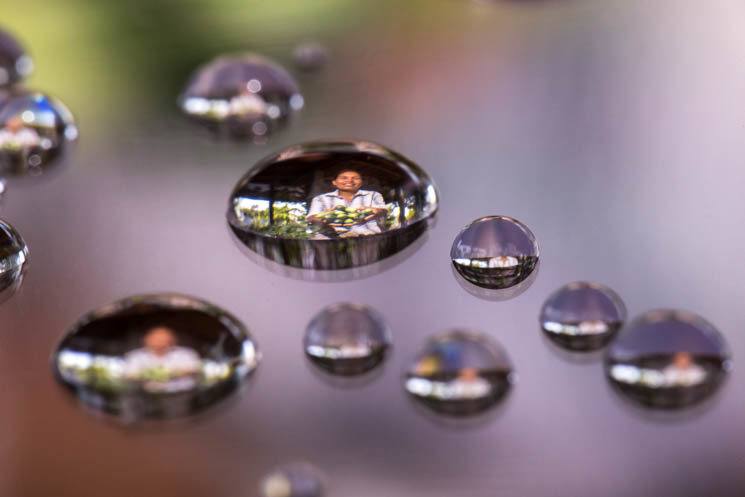 ©Dusan Stojancevic/WaterAid: A business woman proudly displays her cucumbers which she now has time to grow following the introduction of clean water in her village in Pursat, Cambodia 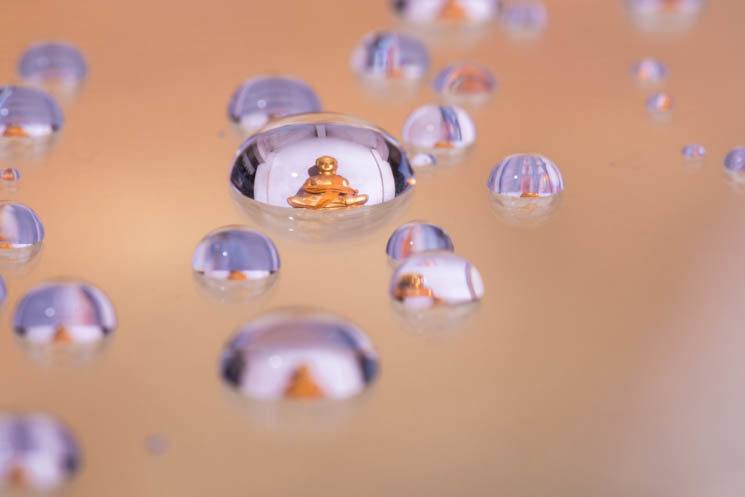 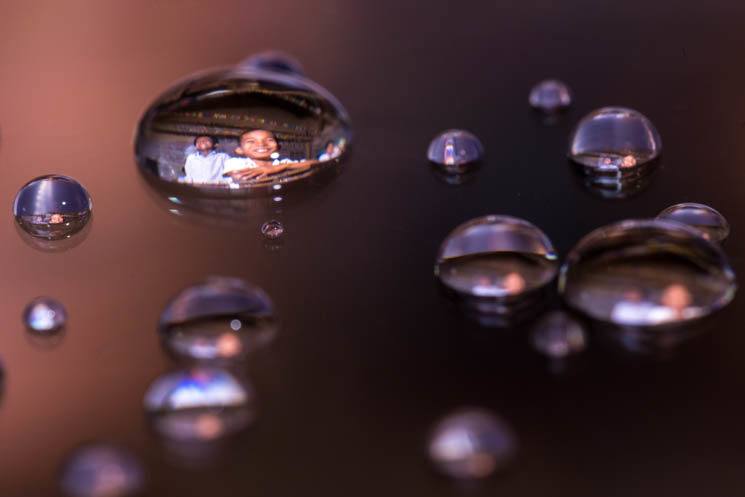 A school boy smiles for a photograph during class at the Ta Ngi Primary School, in Pursat, Cambodia. Attendance rates at the school have increased after the introduction of clean water and hygiene training.

I was enchanted by this project in all its aspects. I love the photos and the approach Dusan used. He used the combination of portrait and macro photos, two things you’d never say could go together. And of course, the photos were taken for the right cause. I hope you enjoyed this series as much as I did, and I’d like to thank Dusan for taking his time to talk to us and share the story.

Dusan Stojancevic is a photographer and cinematographer from Belgrade, Serbia. He is specialized in motion-control time-lapse and hyper-lapse, using these techniques to produce short videos with a unique look and high quality. He produces highly innovative short films for the tourism industry, various events, TV commercials, and weddings.

Top image: A rice farmer in Pursat, Cambodia poses with his axe and crops after a drought-resistant irrigation system was installed in his village, ©Dusan Stojancevic/WaterAid.

« New free Cactus firmware update lets you get TTL and HSS with almost every camera and flash brand
Have I finally found the perfect camera? »