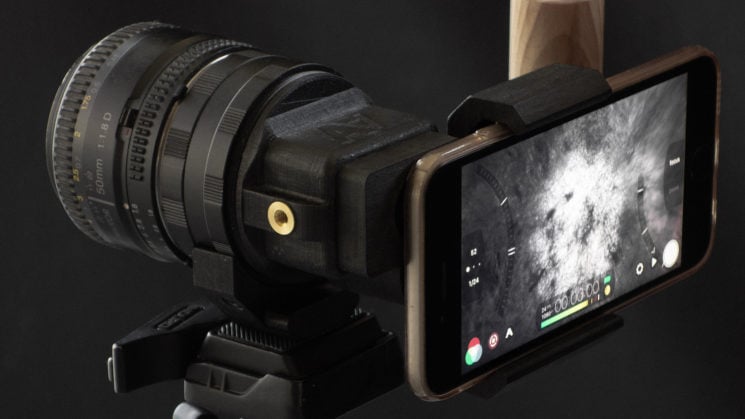 Dora Goodman sure is doing some interesting things with 3D printing. First, there was the Goodman One, announced a few months ago, the 3D printable medium format camera you can make yourself. Now, she’s released a new 3D printing project. The Goodman Art Adapter.

The Goodman Art Adapter is a 3D printable depth of field adapter. It basically allows you to mount lenses intended for full frame cameras onto your phone, and still be able to get that full field of view and depth of field. And you can print it yourself.

Depth of field adapters are not new. Such things have been around in the video world for a long time. I used to a Letus DOF adapter with the Sony EX1 a little over a decade ago, before DSLRs were capable of shooting video, and before anybody had even heard of the word “mirrorless”. I’d use it to shoot Nikon lenses with those tiny sensors and still get that shallow depth of field look.

The way they work is quite simple, in principle. They’re not like regular lens adapters or speed boosters that project an image from the lens straight onto the sensor. That wouldn’t work with a phone because the lens can’t exactly be removed. Instead, the lens projects the scene onto some form of translucent material. The camera focuses on this material from the back side and records that.

It’s a bit like looking at the focusing screen of a 35mm SLR or DSLR through the viewfinder. Except, instead of your eye looking at it, it’s your phone’s camera. 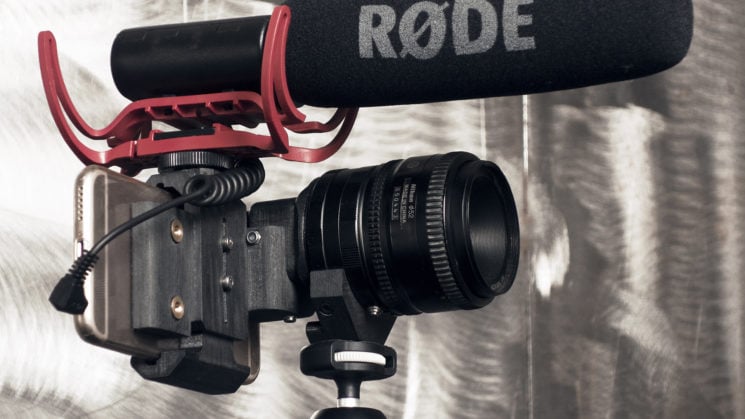 Depth of field adapters were amazing a decade ago when large sensor cameras would still cost tens of thousands of dollars (if not more). But these days they don’t make sense for the types of cameras with which we typically shoot video, which is why we don’t often hear about them anymore. So, I think it’s awesome that somebody’s taken the time to develop one for smartphones.

It’s even more awesome that they’ve put the plans online so that anybody who’s interested in experimenting with it can print their own. 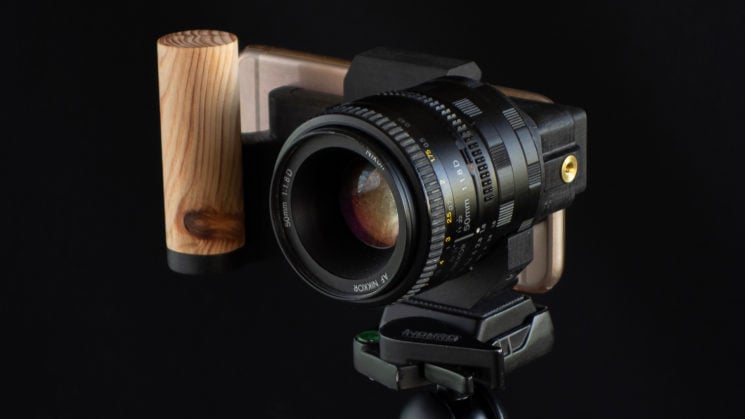 The Goodman AA isn’t perfect, though. One of the inherent issues with a depth of field adapter like this is seeing the texture of whatever material the lens is projecting the scene onto. The Letus adapter mentioned above was so expensive because it’s a very well engineered device (and it’s designed for expensive cameras). There’s even a little motor inside it that continually moves the focusing screen so that you can’t see the texture pattern of its surface.

With the Goodman AA, the focusing screen is in a fixed position. So, the texture can be picked up quite easily by the camera, depending on what material you use for a screen. You can see this in the sample videos above. But, I don’t care. I still think it’s pretty awesome.

Also, as with the Goodman One, the Goodman Art Adapter is open source. So, there’s a challenge for you. Get that focusing screen moving!

If you want to find out more, and get the plans for yourself to print your own, head on over to the Goodman website.