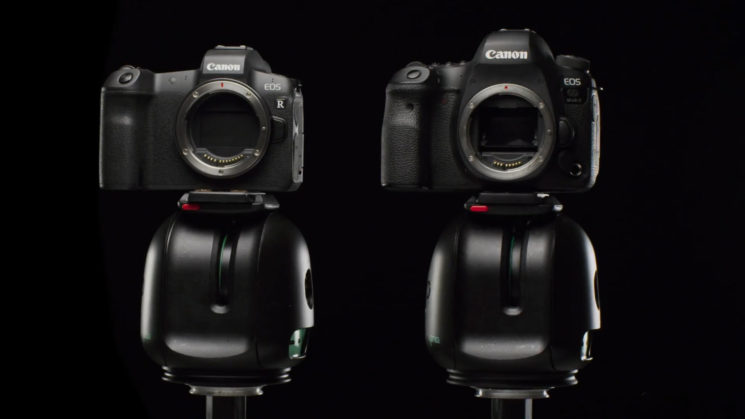 Well, that’s it, the two big die hard DSLR manufacturers have now both announced their new full frame mirrorless cameras. Nikon’s Z6 & Z7 have received a bit of a mixed reaction. Will Canon’s new EOS R see the same warm reception? Well, only time will tell, but for those who like to complain, it looks like Canon have left the door ajar.

The guys at Syrp managed to get their hands on the new camera for a couple of days, along with the full complement of new RF mount lenses. They also got hold of Canon’s new trio of EF mount adapters. Yes, there’s three of them.

So, let’s get these out of the way first.

Obviously, the single card slot means that the new EOS R isn’t aimed at professionals.  Even though the new camera is being launched with a 50mm f/1.2 prime & 28-70mm f/2 zoom lens. Just in case that was too subtle, yes, I was being sarcastic. The single card slot doesn’t bother me one bit, but will no doubt be a deal breaker to some. If you’re shooting video, which is primarily what this hands-on video is aimed towards, you’re only using one card slot anyway.

What does bother me, though, is the 1.66x crop for 4K video. Canon was the first to really make an impact with small form factor cameras. Yes, the Nikon D90 shot video first, but it was the 5D Mark II that really brought about the video revolution. So, the 4K crop is very disappointing, when Nikon, who have consistently failed with video, can shoot full frame 4K with the Z6 and Z7 cameras. Also somewhat disappointing is only 60fps at 1080p. If you want 120fps, you have to go all the way down to 720p, which means it might as well not claim to shoot 120fps at all.

No in-body image stabilisation. Yeah, that one kind of speaks for itself.

But with that out of the way, let’s look at some of the good. Starting with the dual pixel autofocus. 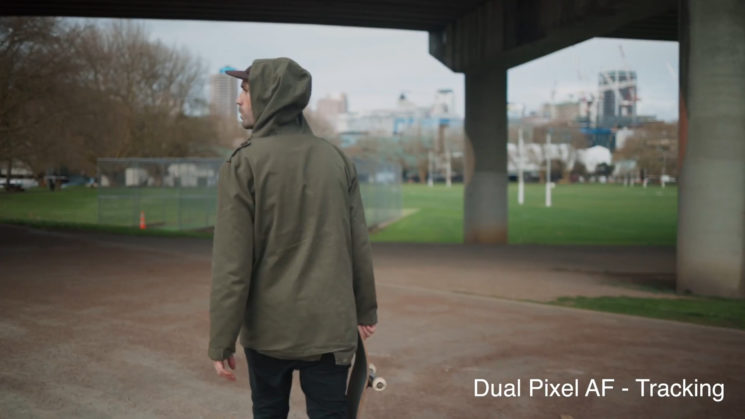 The guys at Syrp say that the dual pixel autofocus tracking on the EOS R is very good. This shouldn’t be much of a surprise as Canon’s dual pixel AF has been rather good since it was first introduced into Canon’s line of DSLRs. It’s also rather good in Canon’s EOS M APS-C mirrorless cameras, too. 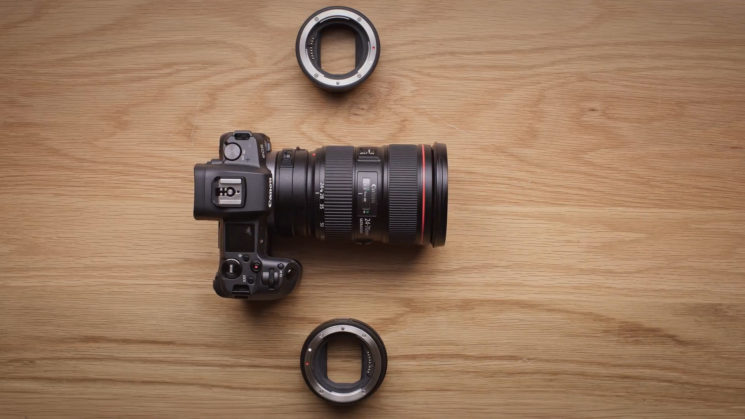 There are three of them. A regular normal straight up EF to RF adapter, as well as two with some rather unique features. There’s a control ring adapter. This control ring is the same as that found on the new RF mount lenses, offering control of aperture and other functions. The last adapter allows for the use of drop-in filters. Specifically, that means a variable ND and a circular polariser. 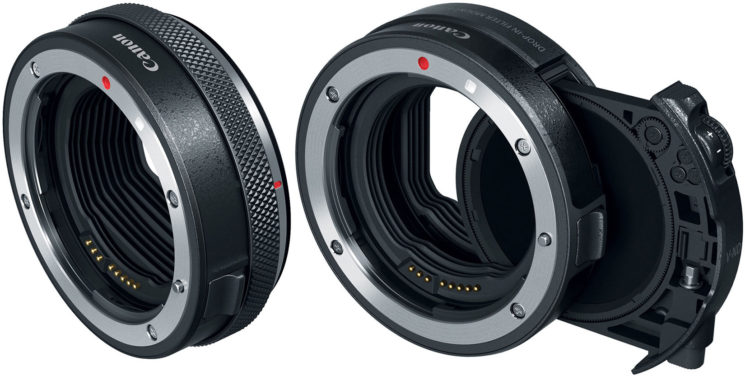 Obviously, that last one’s intended primarily for video shooters and is a very nice feature to have. I’ve always wondered why existing adapters for other systems didn’t incorporate such a feature (although there is the Aputure VariND for EF to MFT). Having the filter out of the way behind the lens means it’s more protected and less likely to get dirty. You also don’t have to buy a whole set of differently sized filters for different lenses, deal with step-up rings and swapping them out every time you switch lenses.

The flippy out LCD is awesome, have to give them points for that. if the Nikon Z6 had one of those, I’d have already ordered it. Whether or not it’s the right camera for your video needs will depend on what your own needs are. But for me, the 4K cropped video on the EOS R is definitely a disappointment, and pretty much guarantees I won’t be getting one. If I wanted cropped video, I’d just buy a crop camera.

The guys at Syrp don’t delve into the EOS R’s stills capabilities, but I can’t imagine it’ll suck in that regard. You can read more of their thoughts on the Syrp website.

Pre-orders aren’t quite available yet. They open up on September 15th with shipping for various items expected in October ’18, December ’18 and February ’19. But the items are currently listed on the B&H website if you want to see more specs and info.