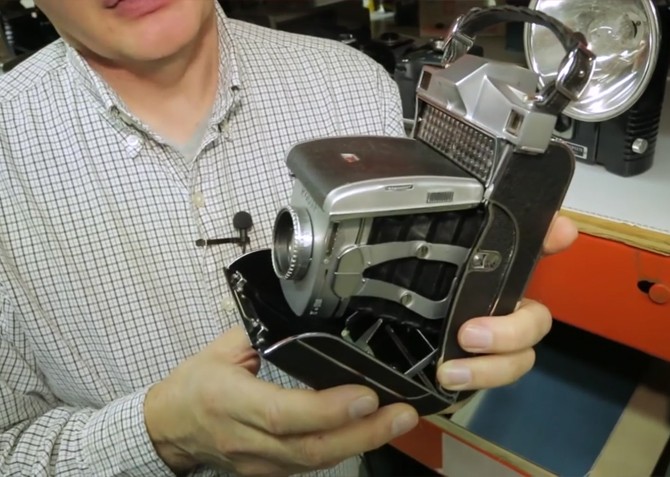 From a complicated, time-consuming and expensive process to the simple press of a button, photography has come a very long way since the first cameras came along in the early 1800’s.

The vast majority of this fascinating evolution can be seen in this video where Chris Marquardt went on a private tour of Kodak’s technology vault.

Think you’ve got an impressive camera collection? Wait until you see this 8,500-strong collection of almost every significant camera invented in the last 200 years.

Visiting one of Kodak’s several vaults at the George Eastman House, Marquardt received a 1-hour long private tour of one of the largest and most comprehensive photography collections in the world.

Despite being located in the house belonging to Kodak’s founder, the collection includes any important camera (and some accessories) regardless of brand.

Among the hidden treasures are a gold Leica, a camera with a pig’s head inside and a pinhole x-ray camera used to photograph particle collisions. A display of film, including safety film, is also shown alongside models of the Daguerreotype and other historic pieces. 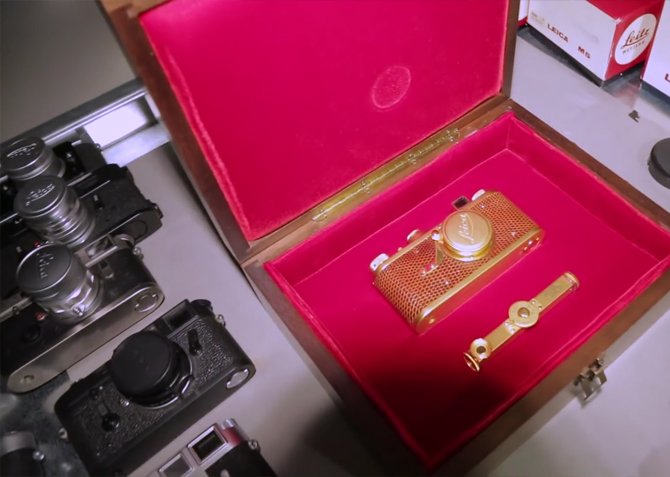 Most people will probably only be able to visit the museum, but the lucky ones to find their way into the technology vault will be able to see the first soviet SLR cameras, the Nikon F (its first SLR) and the first zoom lens, the Zoomar, introduced in 1959.

One of the most interesting cameras on display is what the vault’s technical curator Todd Gustavson calls the ‘oldest known digital single lens reflex camera’.

According to Gustavson, Eastman Kodak start manufacturing digital sensors in 1986, and while they weren’t selling them yet the company was contacted by a secretive US government agency that asked if they could be put in a film camera.

The nameless agency used Canon cameras at the time so the company’s M1 sensor was placed in a Canon body where the film would go. Despite the organization’s secretive nature and the small size of the sensor, the contraption was hardly discreet with the giant power supply and memory storage tethered to it.

Gustavson points out that this is the first known digital SLR since the original camera made for the agency, which had a ribbon-wired hard drive!) remains in the shadows and is not accessible to the public (if it even still exists). The camera shown in the video is one of two additional digital SLRs created around 1987 to be investigated as a business opportunity. 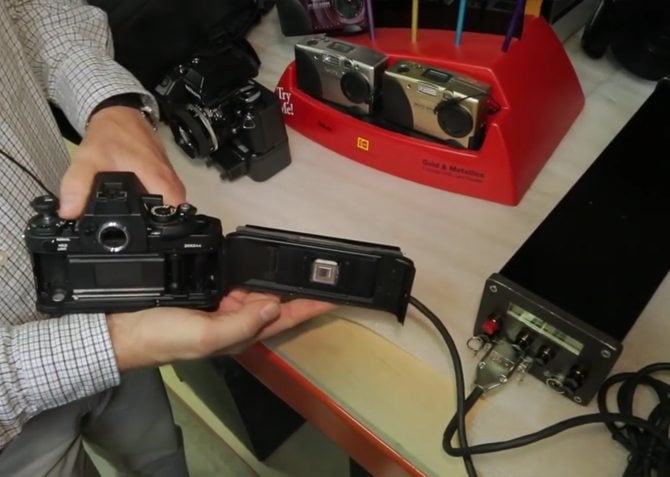 The first known DSLR. The brick on the right is the battey and storage

The next version of the digital SLR was built in a Nikon body, being as that was the popular brand at the time, and the built in grip and memory storage allowed storing a whopping four photos!

Not to compete with film cameras, the new creations (which weren’t yet in production), weren’t even called cameras. Instead they were referred to as ‘imaging accessories’.

Keeping up with technology, the collection includes the first camera phone sold in the US (a Nokia) and even a drone.

The impressive collection brilliantly shows the advances made in the world of photography, and seeing the first camera with autofocus, the first flash, the first zoom lens, etc really makes one appreciate how lucky we are to enjoy all these features in one compact device.

Watch: A journey through the history of photography

« New hi-res EVF covers 98% of sRGB, opens new possibilities for mirrorless cameras
Get Up To $100,000 Per Year Doing Ansel Adams’ Job For The National Park Service »