Gimbals are wonderful things, but just walking around holding a gimbal gets really boring really quickly, especially for the viewer. But that’s what often happens. Every shot looks like a “gimbal shot”. We’ve seen the same thing happen with drones, too. And like a drone, a gimbal can be a valuable storytelling tool, offering some unique shots.

In this video, the guys from COOPH show us six creative ways we can use gimbals to make more interesting footage. Footage that can help us tell a story and not just look like your typical gimbal footage.

Multi-operator (tie a rope to it)

This one might be considered a little risky. And you might have to do it several times if your rope starts spinning partway through. But it’s a very cool idea, and something I’d never considered. 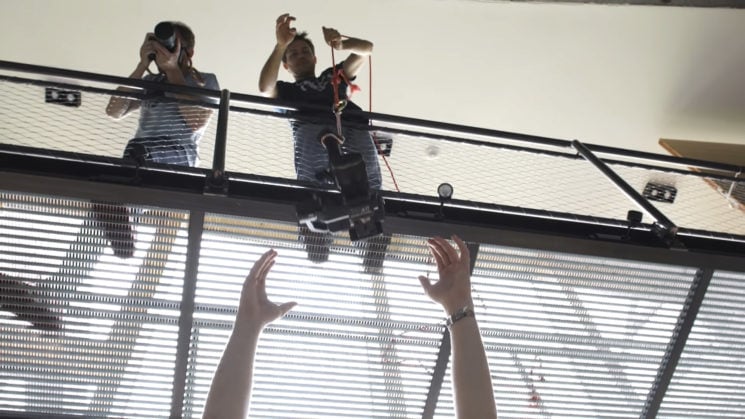 The idea is quite simple. Flip your gimbal upside down, attach a tripod plate to the bottom to act as a stopper, and then tie a rope around the handle. This allows you to lower the gimbal down from one level to a lower one to pass the gimbal off to another operator to carry on the move.

In the video, they show the technique being used to follow a climber descending a rock wall. But I could see this being great to, say, go from the door of an upper level motel room down to an actor walking away in the parking lot at ground level. Or following people down a set of stairs.

Using skateboards, wheelchairs and office chairs has long been a staple of filmmakers to fake a long slider or dolly shot. But combining this wheeled movement with a gimbal allows you to take things even further. 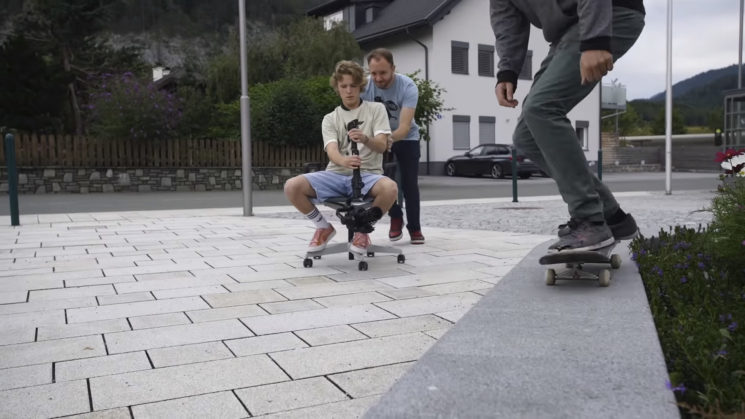 Being on something with wheels while somebody else pushes you around helps to remove that “z axis bounce” that we so often see with gimbal footage when people are walking. It’s the telltale sign that a gimbal is being used. But a chair like this also allows for more options to change direction and still follow the subject, even on slightly uneven ground.

This is one where you’ll need an extra operator or two. It’s a cool idea, and one I’ve seen done in movies before. Getting it all in one take is tricky and takes a lot of practice, and probably a few attempts to nail it even when you feel quite confident with it. 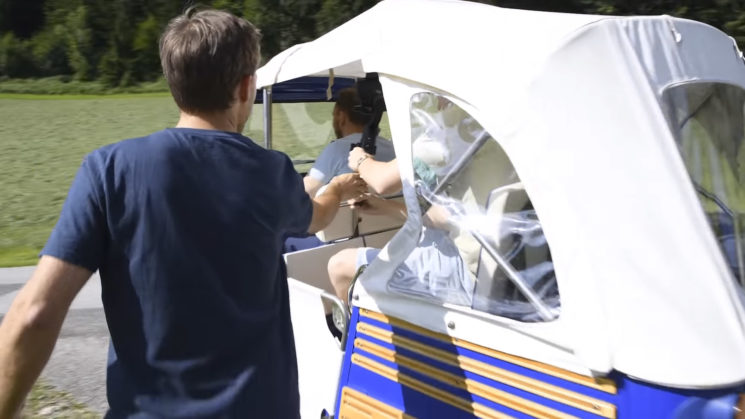 Normally when I see this type of shot, it’s three clips, craftily edited together to hide the cuts. But here you can do it all in one take. One person on the outside of the vehicle passes the gimbal & camera through the window to somebody inside. Then they pass it back out the window on the other side of the car to somebody else (or the original person if they’re quick enough).

I’m not sure about the name on this one, but I like the idea. It utilises rotation on the roll axis to create a visual spin around the centre of the frame.

It will probably have quite a limited use for application in most productions, but could be cool for music videos, maybe.

There was a time when the whip pan was a tricky manoeuvre for gimbals to pull off. They just weren’t responsive enough. Things have changed now, though, making the technique quite simple.

Quickly pan out at the end of one shot. Pan in at the beginning of the next. Blend in post. Done. Simple.

This is one I’ve done a few times with my old Zhiyun Smooth C gimbal for my phone. It’s a lot easier to do with a lighter gimbal & camera setup, but it’s not impossible with something like a Crane 2 or Ronin-S and a larger camera. It just takes a little more effort. 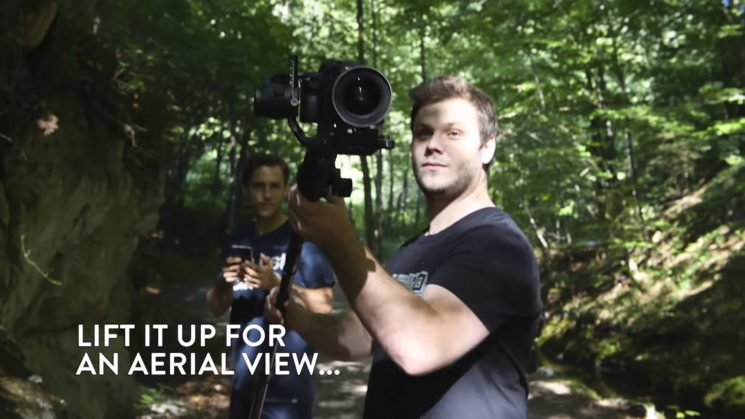 Here, all you need to do is simply attach your gimbal to a boom pole or monopod, start recording and raise it up high. If you can monitor your footage remotely and remotely control your gimbal head, this allows for all sorts of great creative options.

I’ve done a couple of these before, and there’s a couple here that I’ll definitely be trying in the future. But what are your favourite gimbal moves?

« Why you might want to shoot in black & white even when shooting RAW
Fujifilm X-T3 vs. Panasonic GH5: how do they compare for video shooting? »