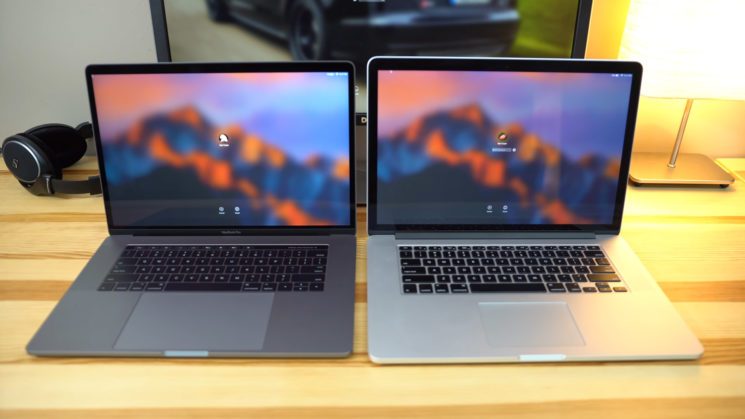 The new 2016 MacBook Pro has been getting a lot of flak. They’ve removed all ports except USB Type-C and the headphone jack (sorry, what?), you can’t upgrade the RAM, and the highest capacity model is a mere 16GB. I know many photographers who’ve already switched to Surface Pro tablets. A few have held onto their 2015 MacBook Pro and built a desktop Windows machine for more powerful stuff. Some have gone with the new MacBook Pro anyway.

But, how does it compare to the 2015 MacBook Pro when it comes to video editing? In this video from Max Yuryev at MaxCamera, we see how the two perform side-by-side running the same operations. Max tested both of the devices with Apple’s Final Cut Pro X and Adobe Premiere Pro. The difference in performance seems pretty good, but is it really enough to make people upgrade?

Being a professional video editor, Max puts both the machines through the usual battery of benchmarks, but also does some real world workflow testing, too. Benchmarks can sometimes be a good performance indicator, depending on what it is you want a computer to do. But, they’re not always as insightful as one might hope.

Max splits the video up into several sections, and here’s a short list so you can quickly flick through to the bit that interests you.

While it doesn’t necessarily pertain to how well it will let you edit videos, dongles and adapters have been the biggest criticism of the 2016 MacBook Pro. For Max, it’s not a big deal.  The only real issue Max faces is having to carry around an SD card reader with him, and I tend to agree.

I recently picked up an Asus Transformer Book for backing up memory cards while shooting on location. The Asus has a built in microSD slot (handy for pulling footage off action cameras and my iPhone), but no full size SD slot, so I still need to carry a card reader.

My Asus also has USB Type C (although, strangely, it uses a standard Micro USB port for charging), but finding replacement cables wasn’t a big deal. I got one cable for USB3 hard drives, a Type C to Mini-B cable for connecting it to a DSLR, and a Type C to micro USB cable for other stuff. Job done, relatively inexpensive. It’s not like my old cables will go to waste, I have other computers, and we’ll all have to switch to the new cables at some point anyway.

But, back to the comparison. The benchmarks might look a little confusing at first, if you base it on CPU speed alone.  The 2016 model has a newer processor that’s 100Mhz faster than the previous generation, yet the benchmarks are lower. Essentially, this is because the newer MacBook Pro doesn’t push the processor quite so hard when it goes into “Turbo” mode.

This might be seen as a performance hit, but it also means that the processor shouldn’t run quite so hot. Not running so hot also generally increases the longevity of electronic components.

It’s also a little misleading, because the longer the older 2015 CPU is running under load at the faster speed, the harder the fans have to work to keep it cool. After 15 minutes, the fans are at 100%, and the CPU is running more slowly in order to try to reduce the temperature. With the 2016 CPU, because it initially runs slightly slower, and cooler, the fans don’t have to work as hard, and after 15 minutes, it’s still running faster than the old heat-throttled CPU.

Even when running idle, there’s a noticeable difference in the temperatures and audible noise output when hooked up to an external 4K monitor. The circled number on the right shows the fan speed as a percentage. 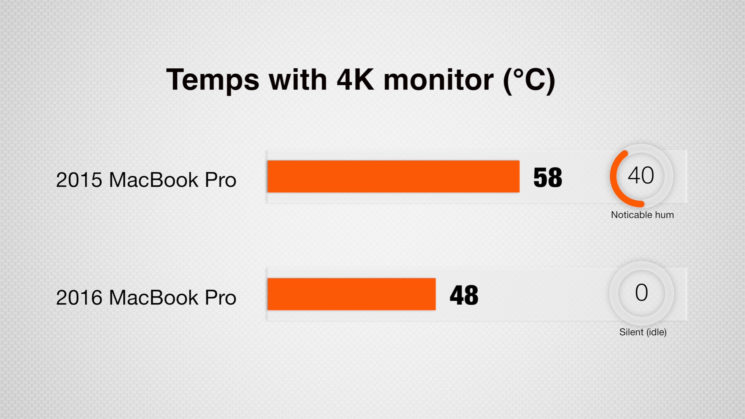 When it comes to the GPU, it’s a different story, and Geekbench’s OpenCL benchmark showed a drastic difference in graphics performance right from the gate. An increase of 53% means that realtime operations can happen far more quickly, and overall render times are reduced. 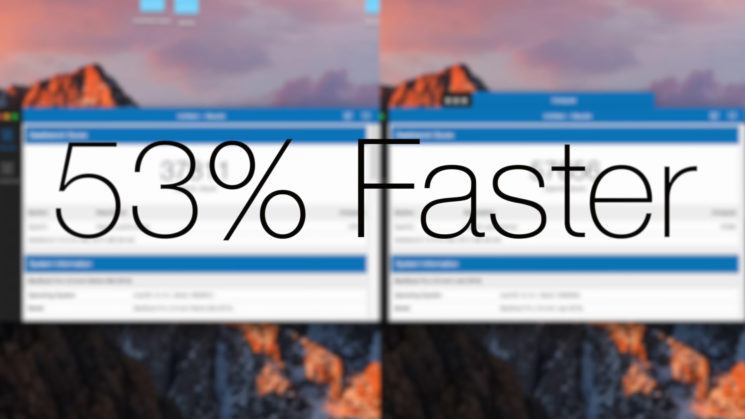 With more GPU accelerated features coming to video editing applications on a regular basis, this is where performance is really starting to count. Actually performing a function on the GPU generally takes longer than on the CPU, but when you can send a thousand such processes to the GPU at once, it takes the same time as performing it once. With the CPU, each of these processes are done sequentially on each of the CPU’s cores, resulting in a much longer wait until completion.

Those differences seem quite significant, too. In the video, Max shows an example of rendering a 23 minute sequence in Final Cut Pro. It contains mostly 4K footage, with a little 1080p, timelapse footage, lots of colour correction, transitions and other effects. The 2015 MacBook Pro isn’t a slouch, by any means, but there’s a massive difference with the 2016 model. 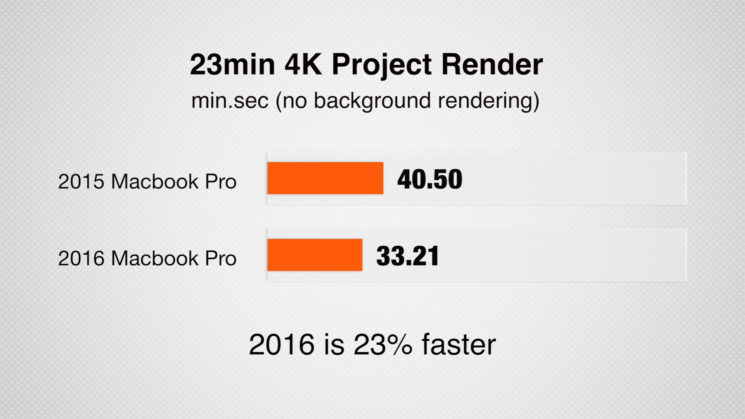 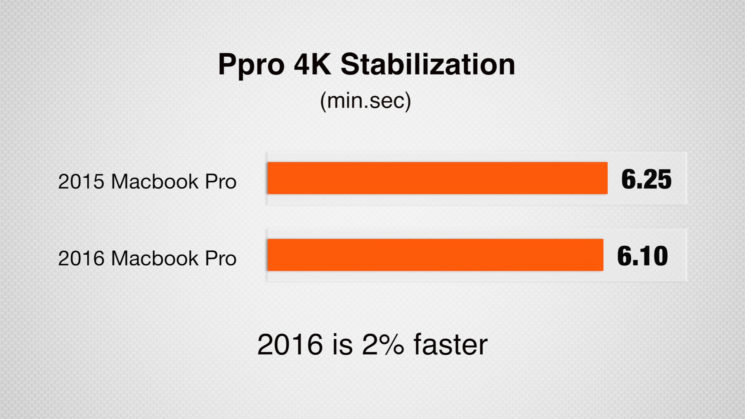 This relatively small difference, again, mostly boils down to Premiere Pro’s lack of GPU utilisation. That being said, they are getting better and better at it with each new release. Every time a new update comes out, another effect or general feature has switched from using the CPU to the GPU, so I would expect this performance difference to get greater over time.

But, at the speed Adobe generally seem to move, you might not notice it until the next MacBook Pro model is released.

Max’s conclusion is that it is worth going for the 2016 model over the 2015 one. But personally I’d say it depends. If you already own a 2015 MacBook Pro and you work in Premiere Pro, it’s probably not worth replacing what you already have. If you’re a Final Cut Pro users, then it almost certainly offers big time saving benefits.

Working and rendering faster frees up more time to work on other projects. You can get more stuff done. Although, if I already had a 2015 MacBook Pro, I’d probably stick with it and just invest in a powerful desktop to do the grunt work (rendering).

How about you? Do you agree with Max’s findings? Are you sticking with your 2015 MacBook Pro? Will you or have you already moved on to the 2016 model? Or have you ditched Apple and moved over to Windows? Did you just build your own machine? Or go for the Surface Pro? Let us know in the comments.