Hot on the heels of the Zhiyun Crane M2, Zhiyun is teasing another new gimbal. The Gimbal S, designed for full-frame mirrorless cameras. As well as the video above, there’s a teaser page on the Zhiyun website where they say they say they “push the limit” on compatibility, listing such cameras as the Sony A7III, Canon EOS R, Nikon Z6 and Panasonic S1.

The new Gimbal S seems to be something of an alternative to the Weebill LAB, which the teaser page specifically mentions, although with the more traditional gimbal form factor. Not much can be seen from the images posted to the teaser page so far, but from this photo, it does look like it features the now-obligatory focus wheel. 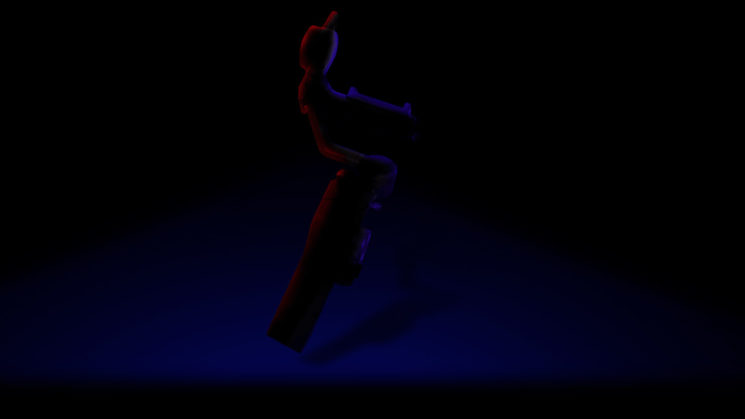 Although Zhiyun doesn’t say that this is specifically a follow up to the Weebill LAB, the repeated mention of it on the Zhiyun website might suggest that. They say it has “upgraded motor”, offering 300% more torque and 50% faster response time than “Mainstream Stabilisers for Mirrorless Camera”. And it appears that it should weigh in at somewhere between 0.9-1.1kg, ideal for mirrorless cameras, and pretty close to the Weebill LAB’s 970g.

It says that it features a locking mechanism, too, which I imagine would be something similar to that found on the Crane 3 LAB, allowing you to lock several axes while balancing the remaining one – a wonderful time saver when setting up a gimbal – with a 2-in-1 quick release plate, and full-range POV mode.

Other things specifically mentioned on the page are object tracking, image transition and motion-sensor control. Given the early emphasis on connectivity, we can only hope that Zhiyun has finally figured out how to get their mobile software talking well with their hardware gimbals. Accessories will include focus motors, phone holder, quick release kits, an extension ring and we’re told to “expect more!”.

There’s no mention of when the Zhiyun Gimbal S will be officially announced, nor a price. But there is a form at the bottom of the page to sign up and be notified about the latest news.